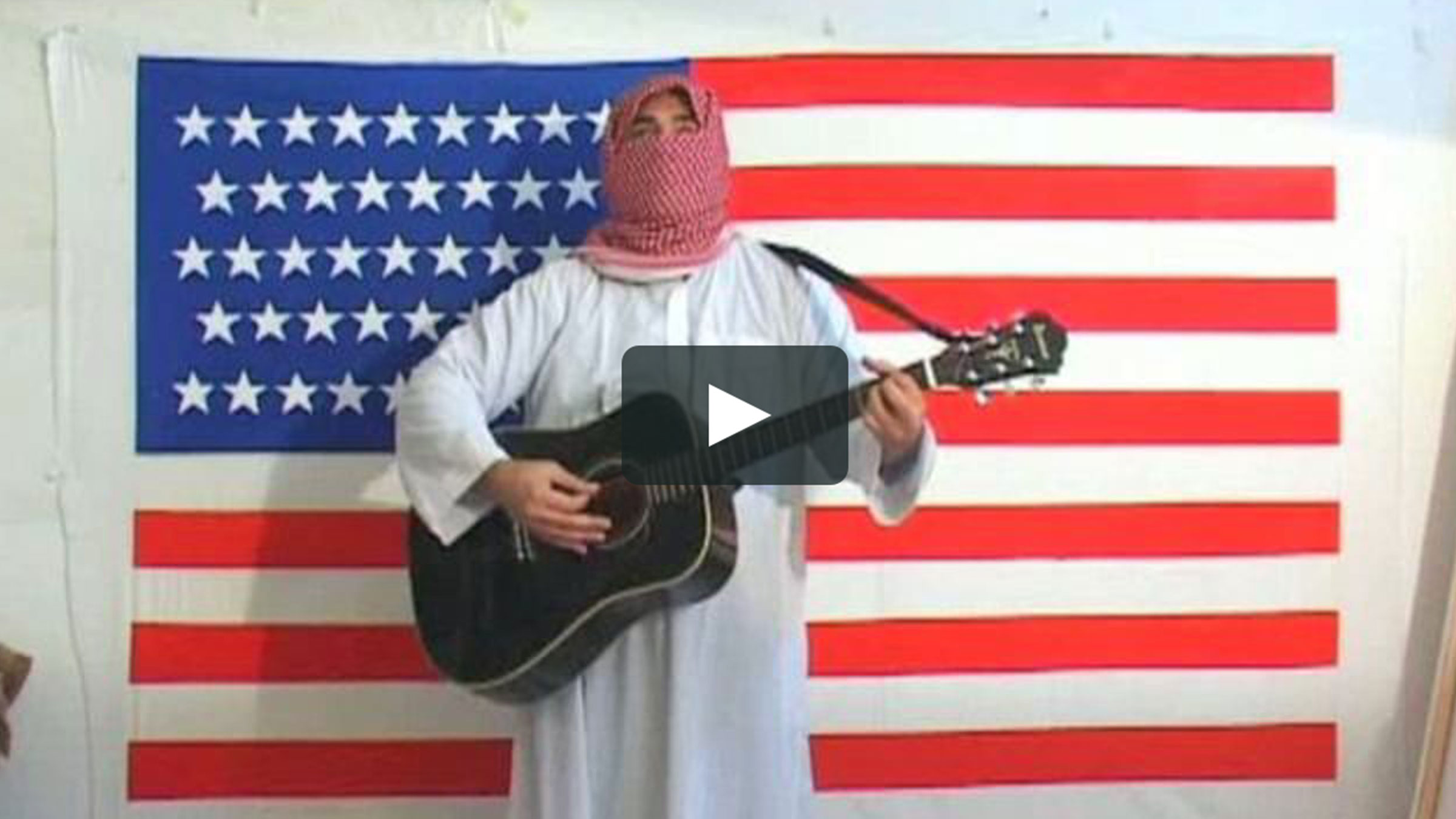 Adel Abidin, an artist of Iraqi origin who currently lives and works in Helsinki, belongs to a generation of artists on the Arab cultural scene who have fled repression and war. Most of them live and work in European cities and their awareness is shaped by the counterpoint –though also by the critical distance – between the cultural and emotional traits of their country of origin and their new home. Jihad plays with an archetype we have seen a thousand times on television: a suspected Islamic terrorist armed to the teeth is filmed in a long take before the crescent moon flag announcing that he is going to sacrifice himself in the name of his faith. Abidin subverts our expectations and, in keeping with the archetype, he replaces the Kalashnikov with an acoustic guitar and the Islamic flag with the unmistakable stars and stripes. He starts reciting a verse from the Quran, but immediately sings This Land Is Your Land, by the American singer-songwriter Woody Guthrie (1945). To the visual shock of seeing the terrorist with a guitar is added the threat implicit in his saying ‘This land is my land’ standing in front of the American flag.