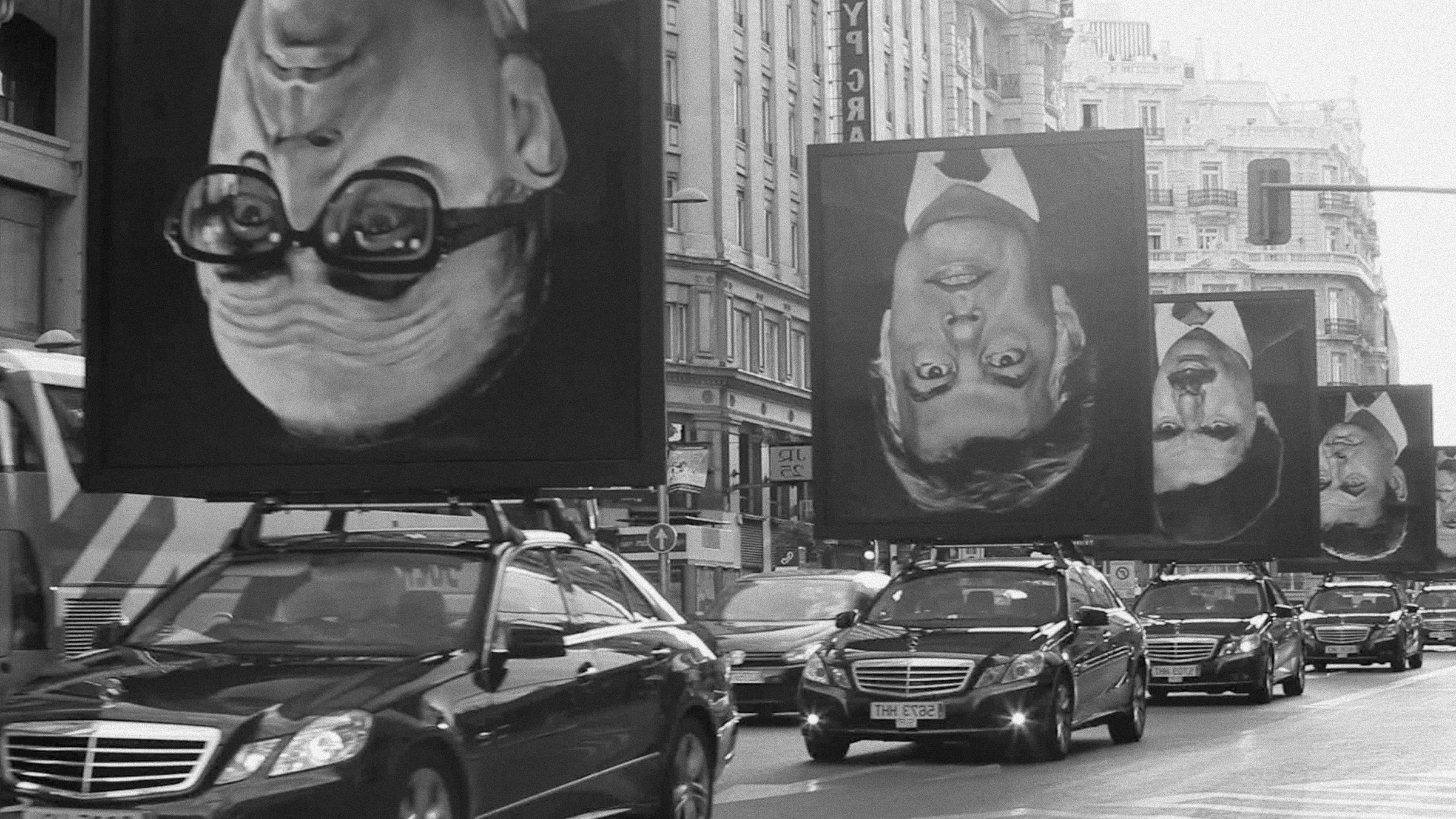 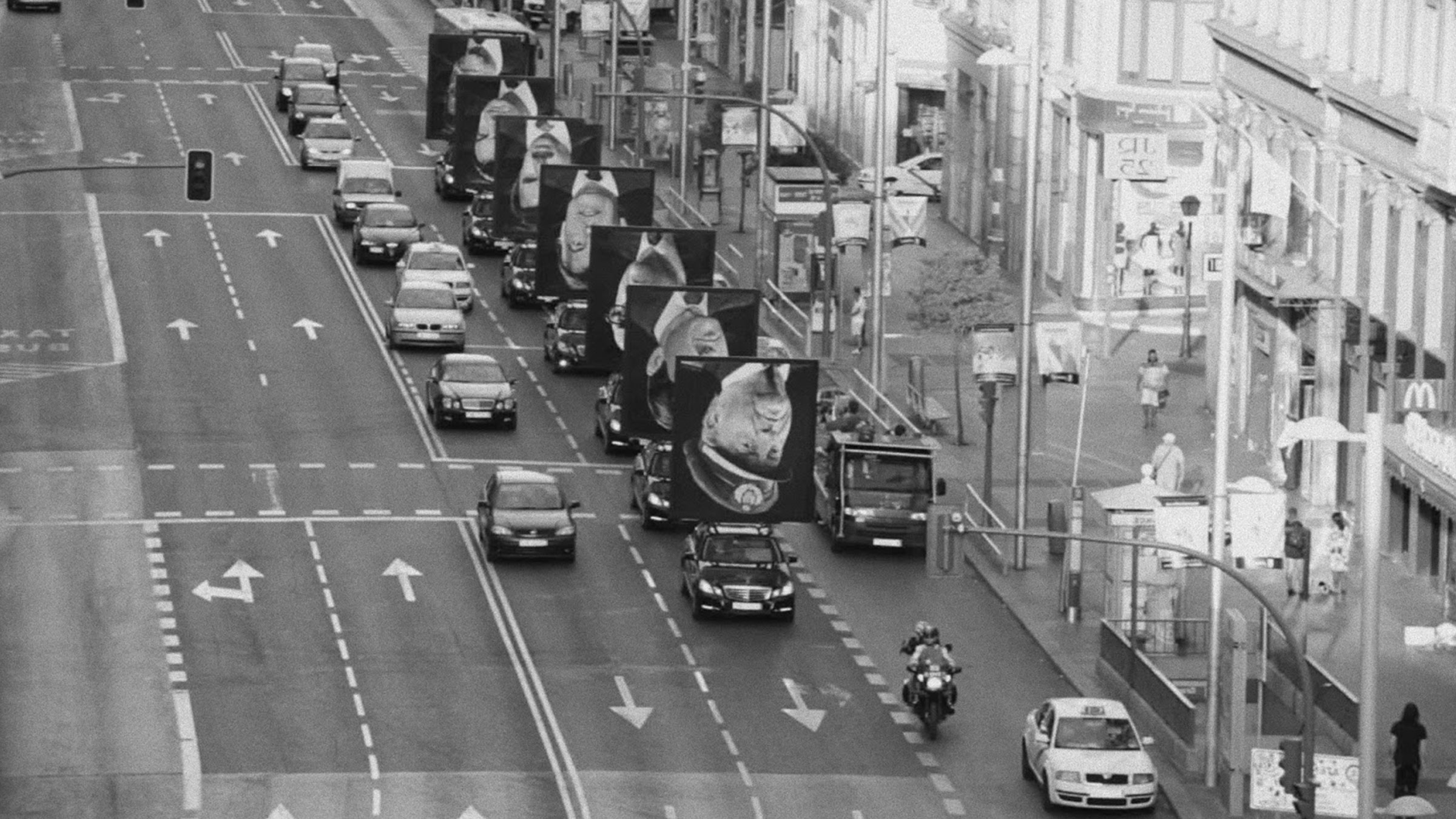 Los Encargados is an anti-music-video, filmed in black and white, which makes use of Varshavianka as background music to stage a performance with a marked political content. Filmed in the early morning of 15 August last summer, the images depict a procession of seven official cars crowned with gigantic portraits placed face down and also painted in black and white by Jorge Galindo from official photographs. The first is of King Juan Carlos. It is followed by the faces of the presidents of the successive governments since the Transition: Adolfo Suárez, Leopoldo Calvo-Sotelo, Felipe González, José María Aznar, José Luis Rodríguez Zapatero and Mariano Rajoy. These, in the words of Santiago Sierra, are the visible faces of the regime, ‘the faces of the people who represent the interests of the banks, the Pentagon, Rome, the landowners, the Army’... Galindo claims they are all liable for ‘murderous policies’. ‘We must speak out clearly: there are people dying and thousands more have been robbed and thrown out of their homes. This evil has a beginning and we’re talking about the swindle of the Transition, directed by the political elites of the Franco regime to last until our day. We point a finger at the perpetrators of this great fraud.’