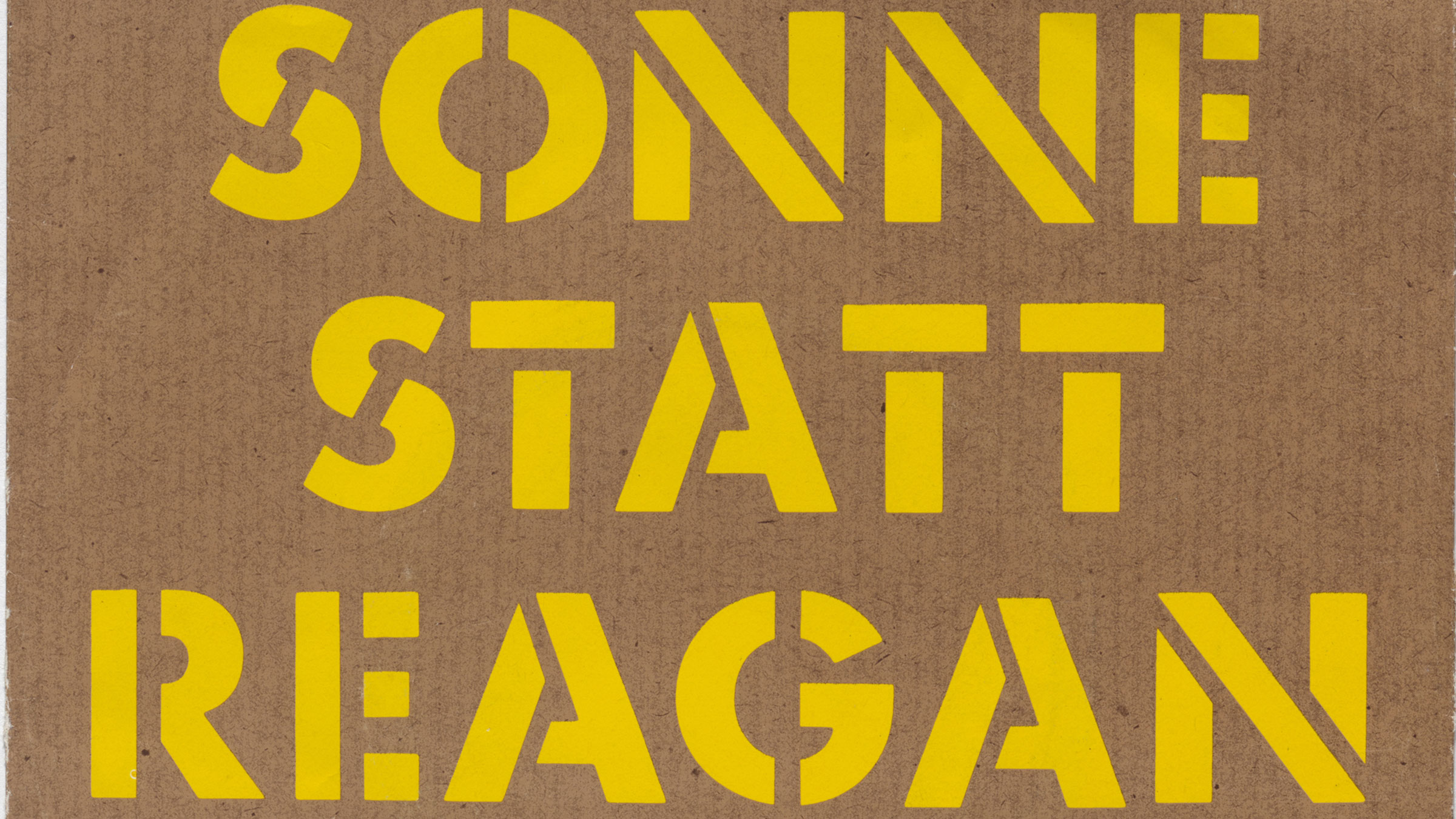 It has been said that for Joseph Beuys music swings between the extreme positions of silence and din, and perhaps because he believed that ‘every man is an artist’ – and what’s more shows it in front of large audiences – he also tried his luck as a pop singer, as part of his political commitment. In 1982, in a mixture of masquerade and activism, he infiltrated the Bananas programme on the German television channel ARD (07/03/1982), on which bands like Depeche Mode and Foreigner performed. Backed by the group Die Deserteure, he sang his song Sonne Statt Reagan, an attack on Ronald Reagan’s arms policies and a reaffirmation of his ecological commitment, on a programme with a wide audience broadcast to coincide with various demonstrations by pacifist movements in Germany. The song was eventually released as a single.