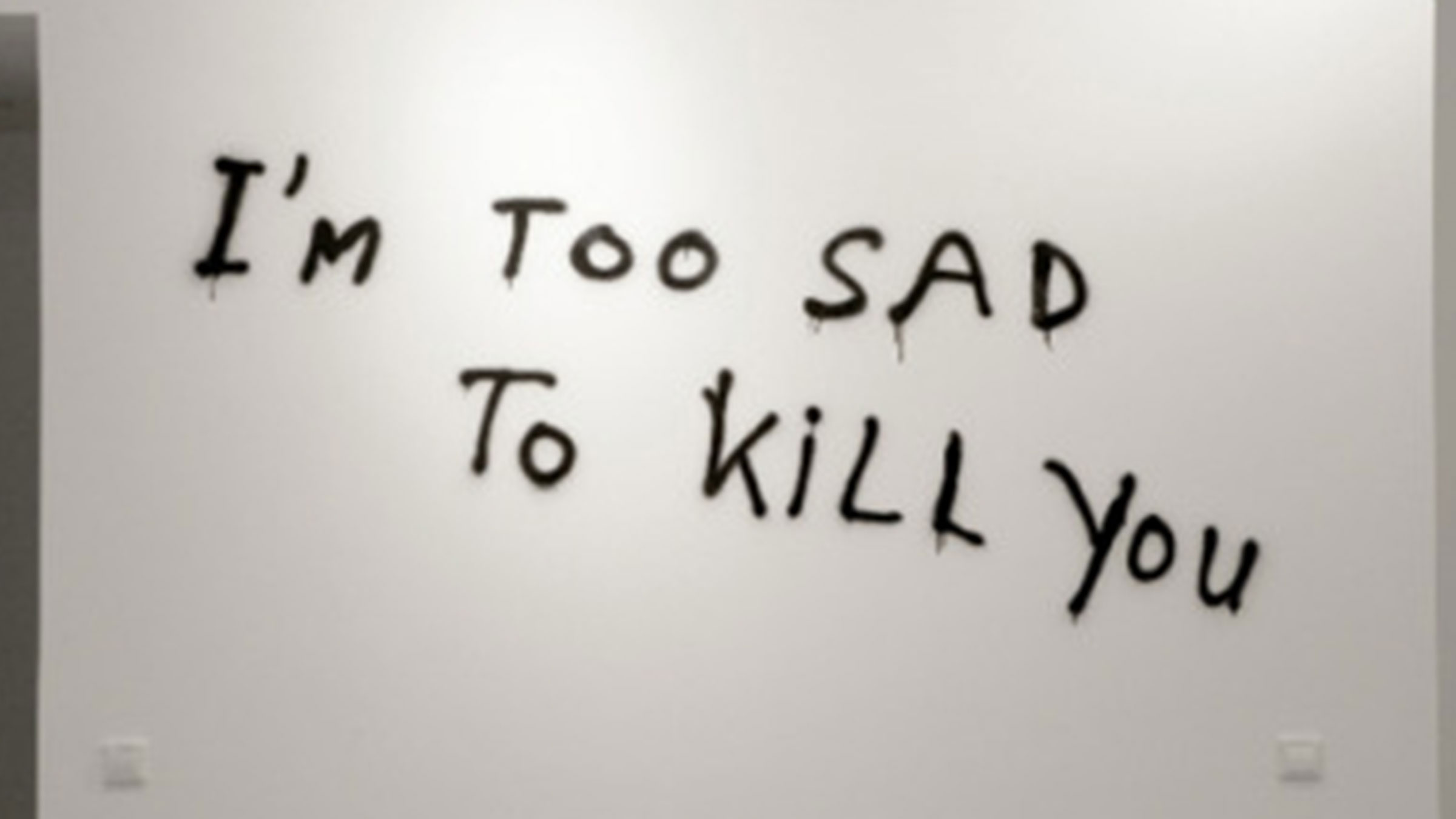 The part played by the ‘Gothic’ and post-punk subcultures in the work of the Dutch artist Marc Bijl is as important as political activism. In this work, he appropriates a song recorded by the British post-punk band The Sisters of Mercy in the 1980s and reinterprets it with his own band, Götterdämmerung, as the background sound for a series of images of depressed or half-abandoned outlying areas. Each video shot reveals details of public spaces previously covered in graffiti by the same artist which reproduces the lyrics of the song in their entirety, line by line. The counterpoint between the ‘good things’ the song speaks of and the images of outlying neighbourhoods and ‘non-places’ is an aid to reflection on the role of pop as an instrument of protest.