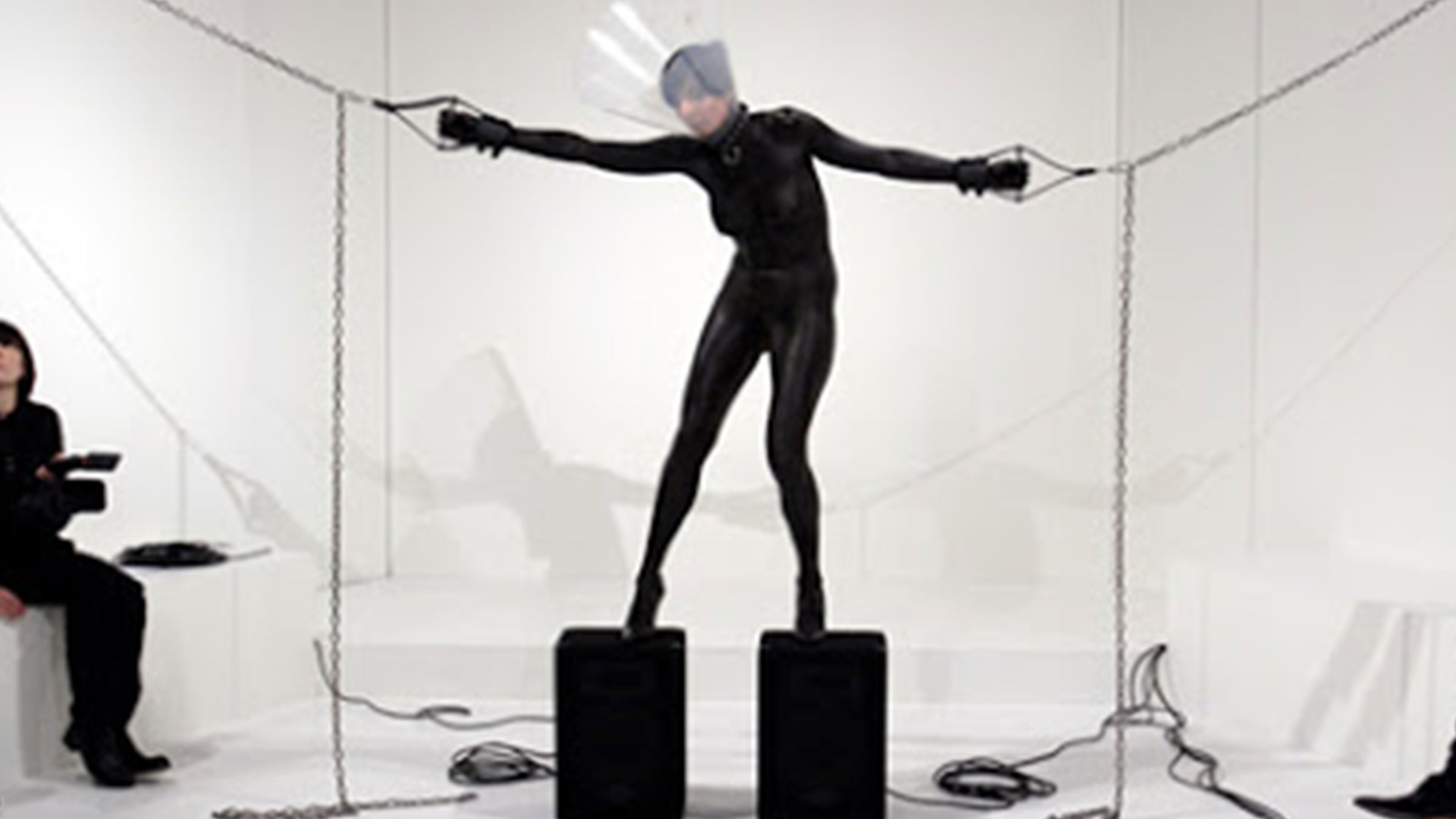 According to Joan Morey, the pillars on which this work is raised are the adoption of New Wave aesthetics and sound —specifically the sinister side of the movement and more exactly the band Bauhaus— and appropriation of the soundtrack and certain narrative styles from Jean-Luc Godard’s film Nouvelle Vague. The video is presented as a reflection on the hypertext mechanisms used in the two movements. Morey works as though he were a cultural engineer, a cryptic revisionist who takes some of the heritage of the two movements and makes it a complex scenario filled with meanings which are not always decipherable at first sight. The references to the recent past that both movements represent are not made from the asepsis of cultural history, as all the visual echoes, sounds, fragments of meaning or imagery the artist recovers are subjected to the strict code of ethics so characteristic of his work. Fetishistic clothing, acts of submission, emotions suppressed by asepsis, contained violence... all help establish connecting points between cultural manifestations which would otherwise seem irreconcilable.