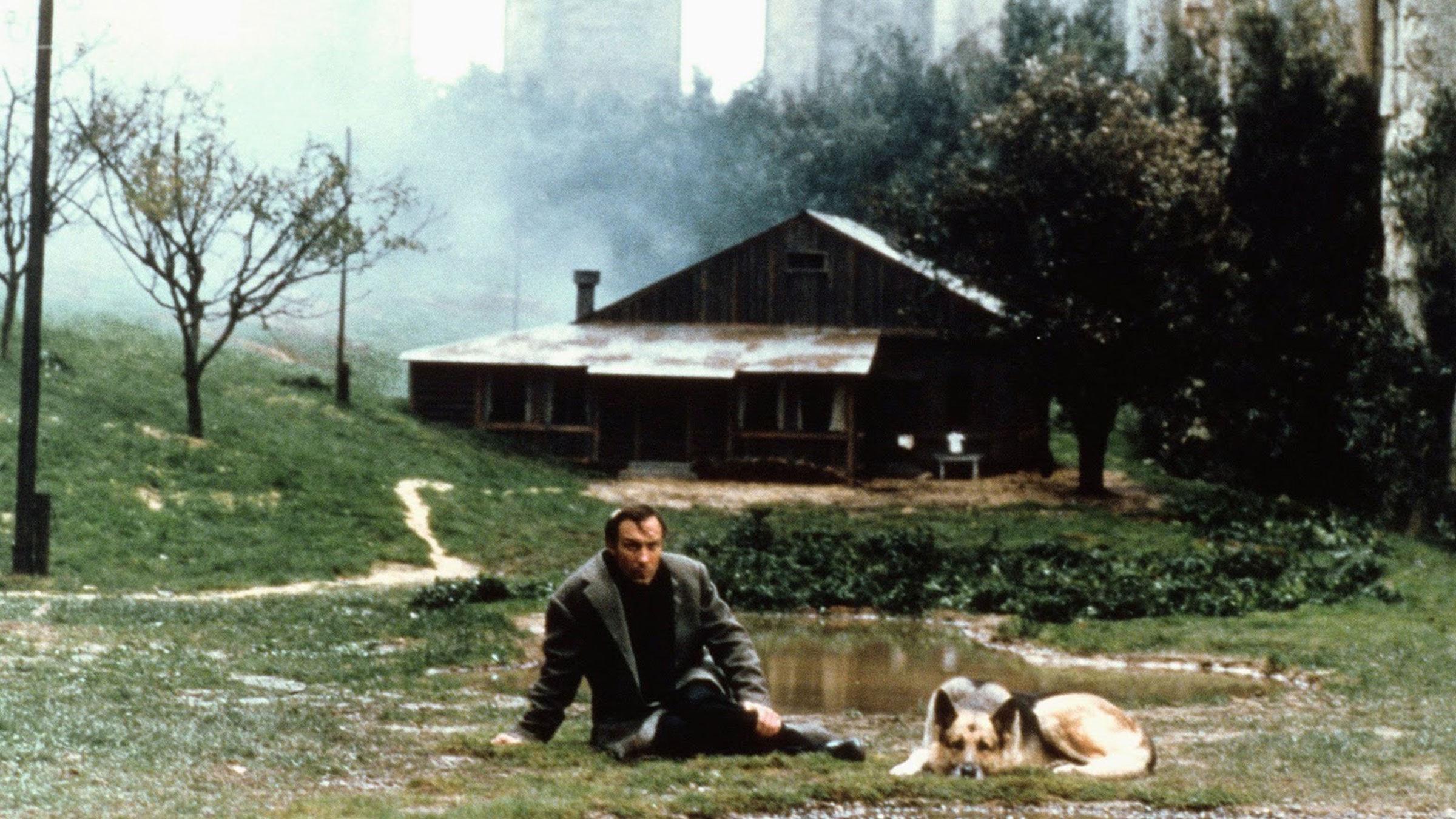 The Russian poet Andrei Gorchakov, accompanied by guide and translator Eugenia, is traveling through Italy researching the life of an 18th century Russian composer. In an ancient spa town, he meets the lunatic Domenico, who years earlier had imprisoned his own family in his house for seven years to save them from the evils of the world. Seeing some deep truth in Domenico's act, Andrei becomes drawn to him. In a series of dreams, the poet's nostalgia for his homeland and his longing for his wife, his ambivalent feelings for Eugenia and her Italy, and his sense of kinship with Domenico become intertwined.