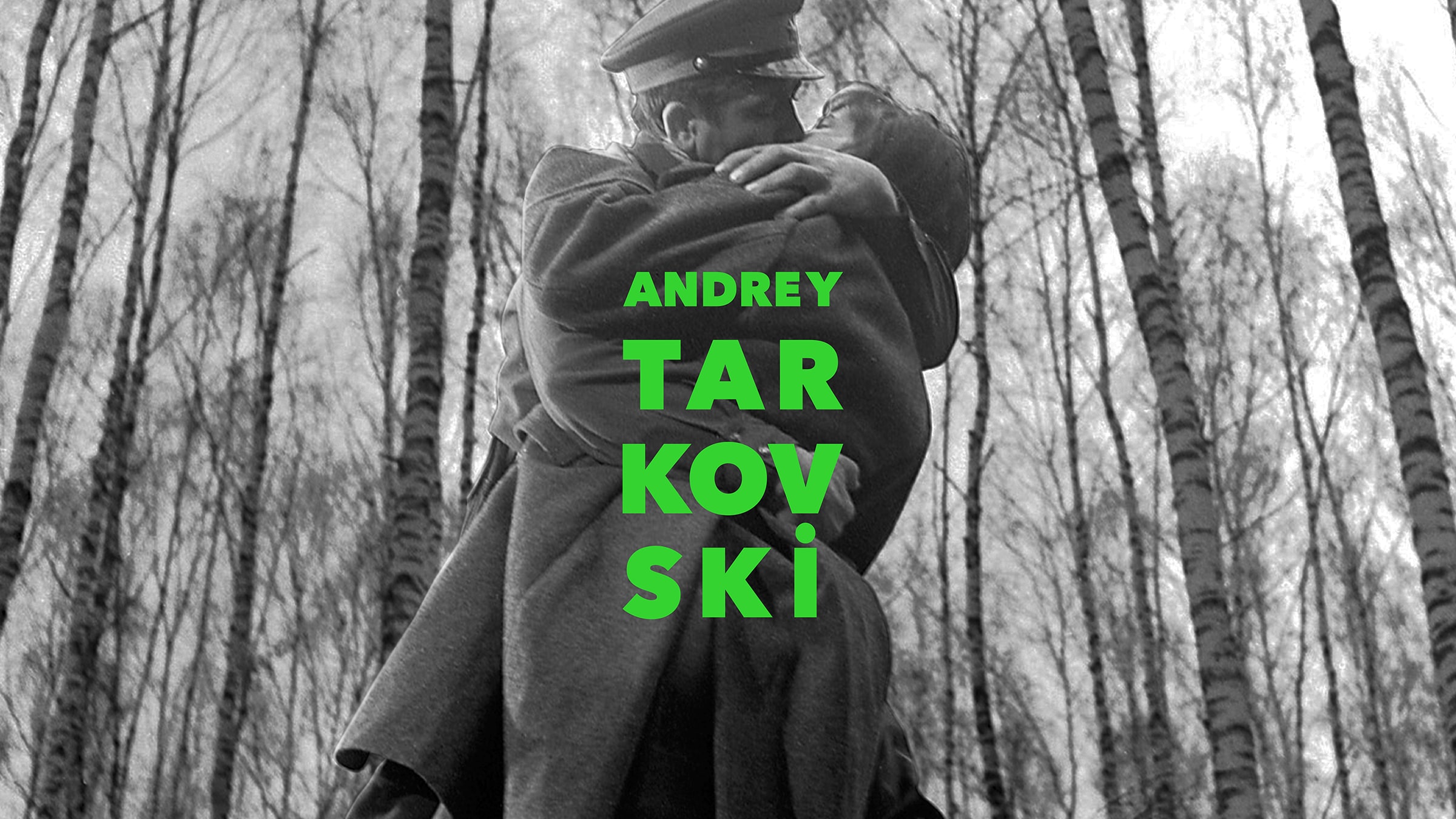 “What is art? (...) Like a declaration of love: the consciousness of our dependence on each other. A confession. An unconscious act that none the less reflects the true meaning of life—love and sacrifice.”
A. Tarkovsky

Pera Film is saluting Andrei Tarkovsky (1922-1986), the distinguished Soviet director whose austerely poetic, deeply personal films made him one of the most treasured artists of his generation. Tarkovsky followed his prize-winning short piece, The Steamroller and The Violin (1960), with a lyrical feature debut Ivan’s Childhood (1962). The film portrays a young boy’s espionage activities with partisans during WWII and was awarded at the Venice Film Festival. Tarkovsky followed this with the epic, allegorical Andrei Rublev (1966). Over three years in the making, Andrei Rublev follows the life of a 15th century icon painter as he loses faith in society, God and art, finally achieving spiritual revitalization in the famous, concluding bell-making scene. Shelved for several years for its references to the plight of the contemporary Soviet artist, the film was released to wide acclaim in the West in 1969. Like most of Tarkovsky’s work, it is a slow-moving, sumptuously textured canvas with a richly emotional climax. Most of Tarkovsky’s subsequent films deal in some degree with the otherworldly: in Solaris (1972), a space-traveler’s fantasies are conjured into reality; Stalker (1979) takes place in “the zone,” a mysterious, forbidden wasteland; and The Sacrifice (1986) unfolds in the final hours before a nuclear Armageddon; The Mirror (1976), an intensely personal, multi-layered aural and visual poem, recalls an artist’s youth in the Soviet Union during WWII. Tarkovsky’s real-life mother plays the mother of the artist and his father, the esteemed poet Arseniy Tarkovsky, reads his own works on the soundtrack. Tarkovsky began working outside the USSR in the early 1980s, making Nostalgia in Italy in 1983. He then worked with several members of Ingmar Bergman’s filmmaking team, including actor Erland Josephson and cinematographer Sven Nykvist, to make The Sacrifice (1986) in Sweden. Josephson plays a celebrated, retired artist/intellectual who can only avert a worldwide holocaust by making a supreme personal sacrifice. Visually sumptuous and extremely slow-paced, the film is a supreme summation of what Tarkovsky considered his most crucial concern: “the absence in our culture of room for spiritual existence.” The Sacrifice won a Special Jury Prize at Cannes in the same year that Tarkovsky died of lung cancer in Paris at age 54.

Pera Film is saluting Andrei Tarkovsky (1922-1986), the distinguished Soviet director whose austerely poetic, deeply personal films made him one of the most treasured artists of his generation.