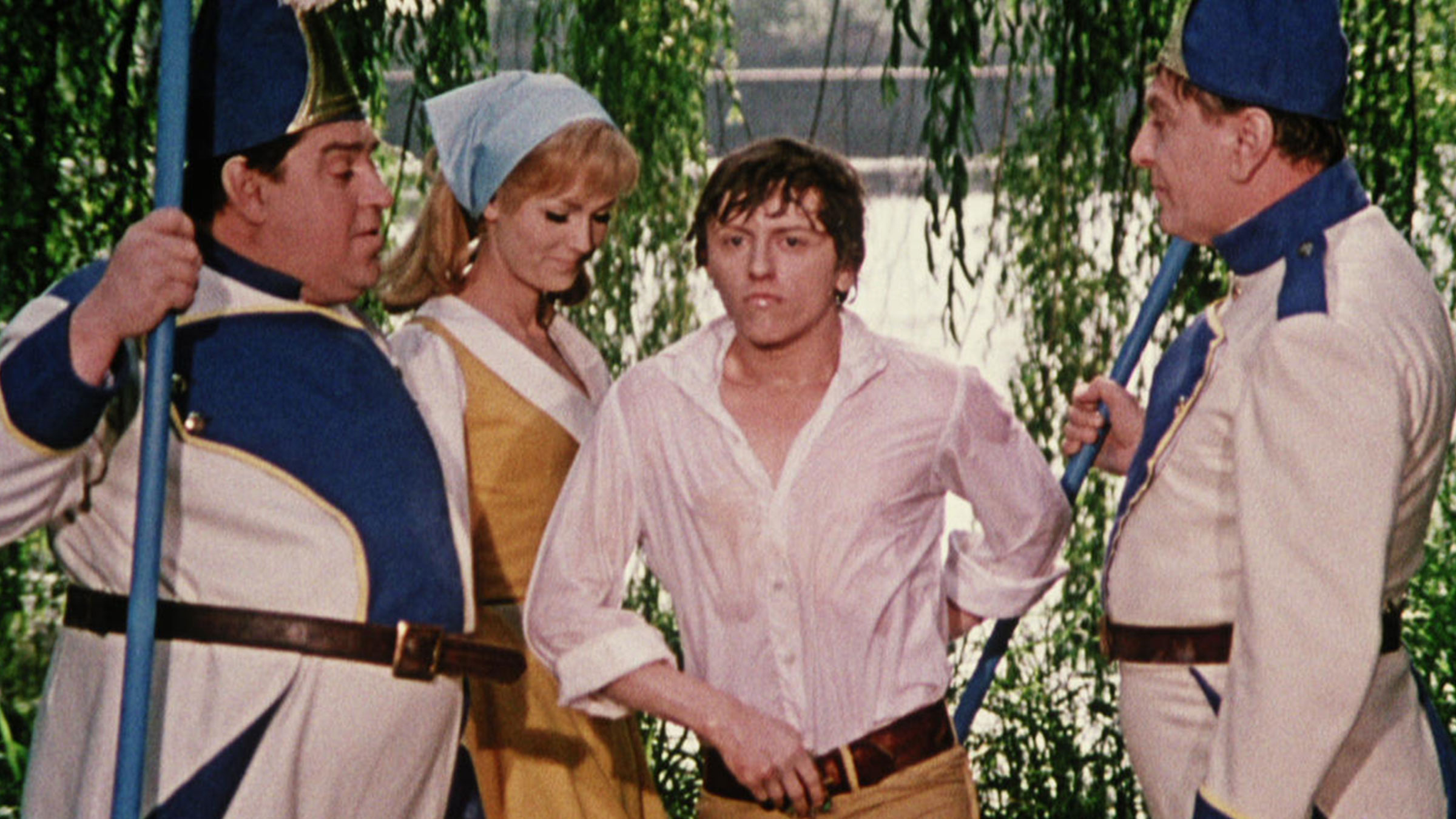 This is a witty and charming, Pop-Art fairytale featuring Czechoslovak popular cultural icons. The film was shot in 1968. Then-20-year-old composer Jan Hammer after the Soviet occupation of Czechoslovakia immigrated to the US where he continued composing; the other stars Helena Vondráčková became the most applauded diva of the Czechoslovak official pop-music scene. In communist Czechoslovakia the talented filmmakers took refuge from politically problematic films in the genre of fairy-tales, which became extremely celebrated and well known in the Eastern block.