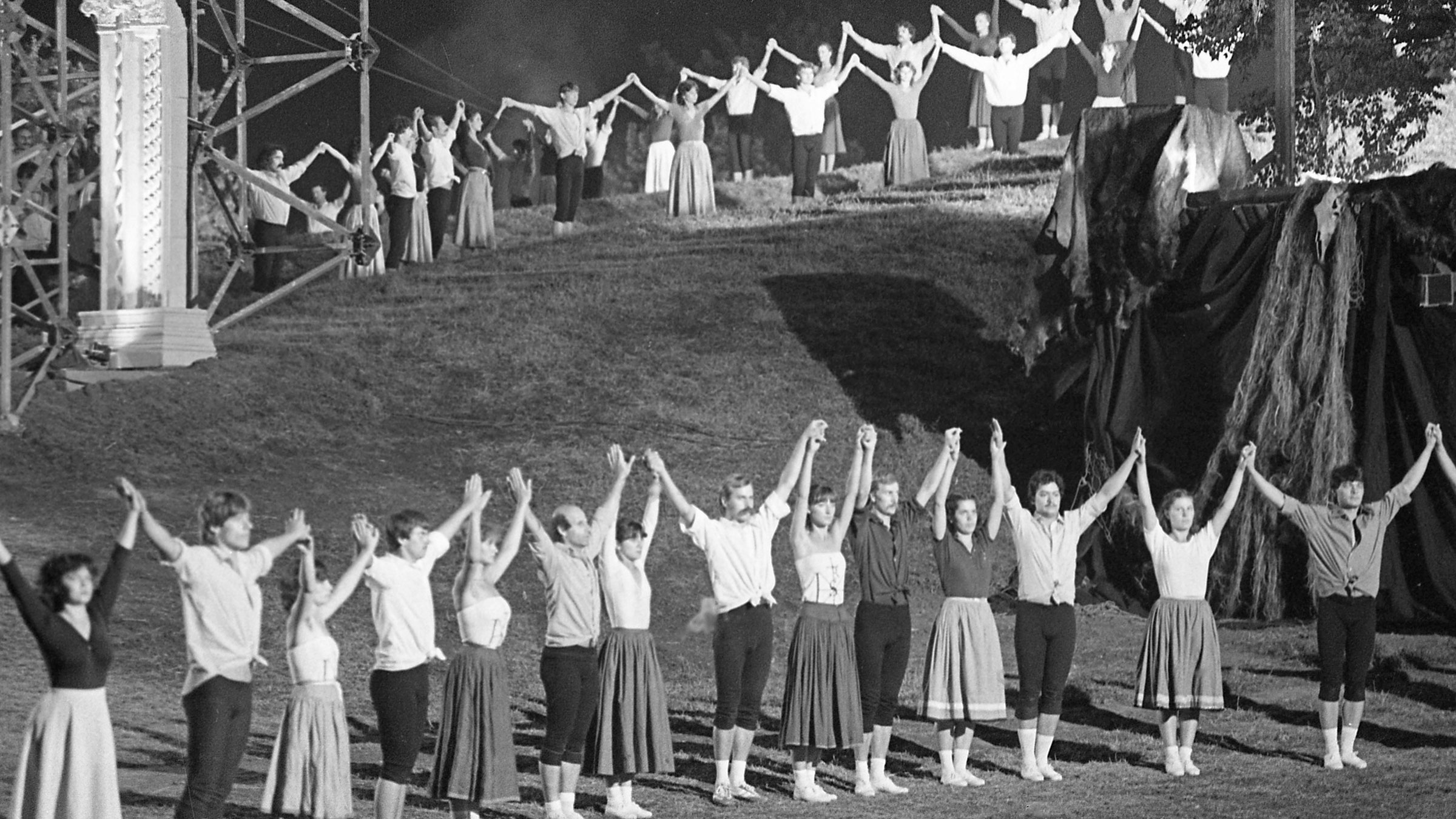 The Stephen the King is an iconic Hungarian rock-opera composed by Levente Szörényi and Lajos Bródy based on the life of Saint Stephen of Hungary. The show was first staged in 1983. The choice of a theme was both strongly connected with national history and with the Christian religion seemed rather daring in the Hungary of the early 1980s. The opera is based on actual historical events, yet treats them quite freely. In the late 10th century, Géza, ruling prince (fejedelem) of the pagan Magyar (Hungarian) people recognized that his people would not have a future if they did not found a Christian state. He invited Catholic missionaries to his lands and let his son Vajk be baptized István (Stephen) and brought up as a Catholic.