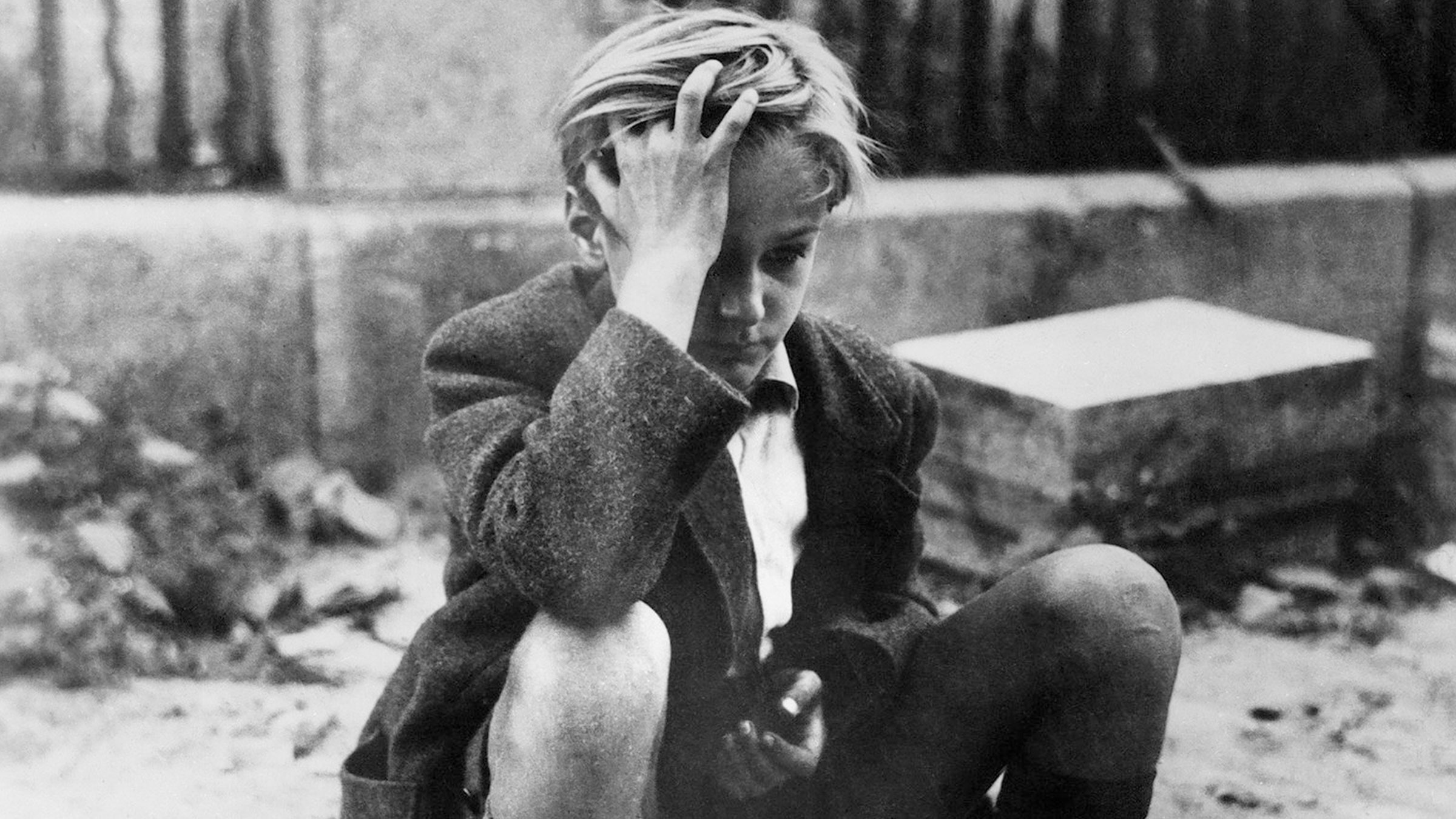 The concluding chapter of Roberto Rossellini’s War Trilogy is one of the most devastating portraits of an obliterated Berlin shown through the eyes of a twelve-year-old boy. Living in a bombed-out apartment building with a sick father and two older siblings, young Edmund is mostly left to wander unsupervised, getting ensnared in the black-market schemes of a group of teenagers and coming under the nefarious influence of a Nazi-sympathizing ex-teacher. Germany Year Zero (Deutschland im Jahre Null) is a daring, gut-wrenching look at the consequences of fascism, for society and the individual.