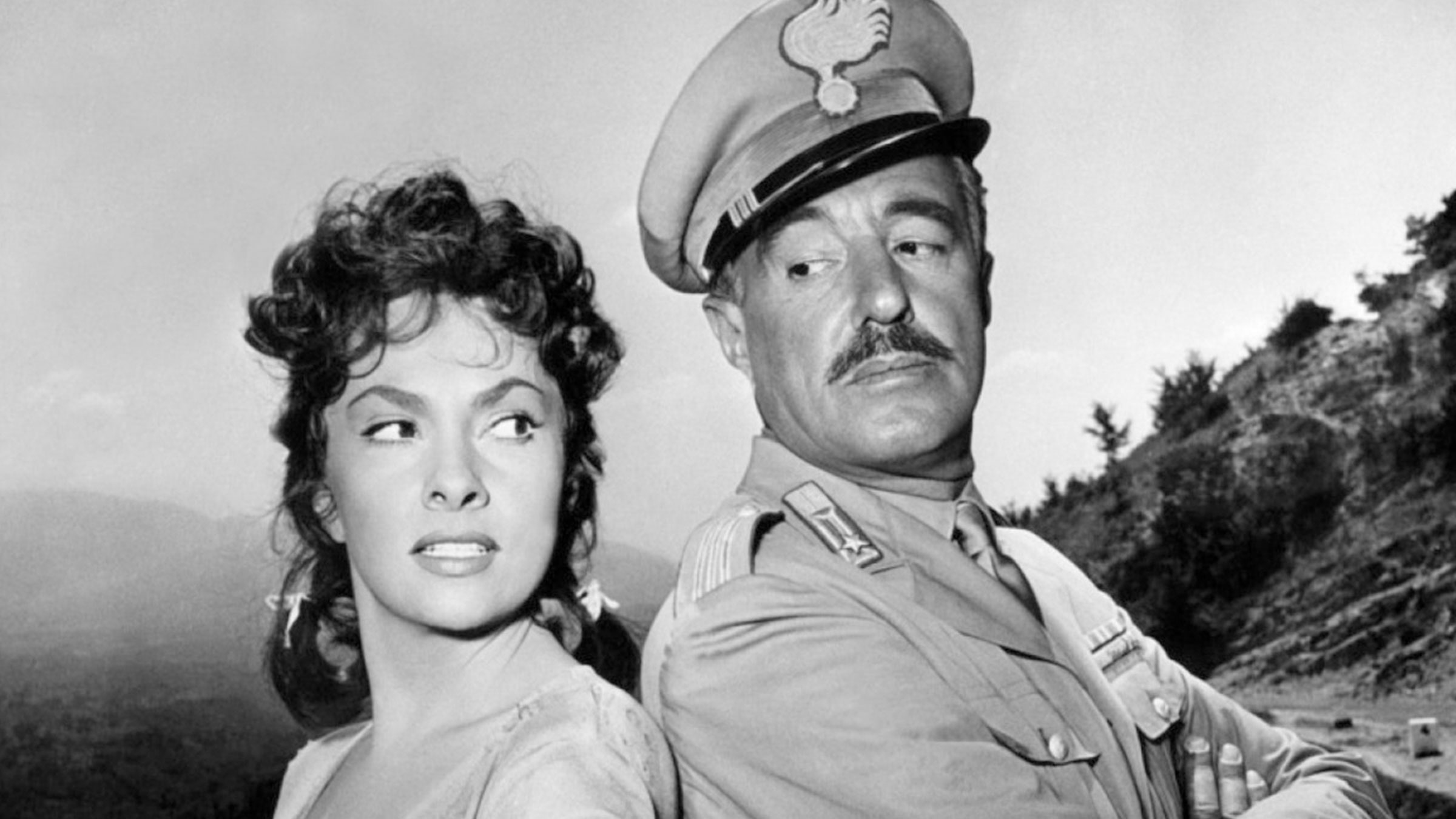 "Europe’s Biggest Sex Bomb in an All-Out Explosion!" A major hit at home and abroad — it won the Silver Bear at Berlin, and was Oscar nominated for Best Story — this saucy comedy features vivacious Gina Lollobrigida in one of her signature roles. The director is Luigi Comencini, a leading figure in “pink (or rosy) neorealism,” a softer, more upbeat form of Italian neorealism that joined realist, typically rustic settings with romantic comedy conventions — and a glamorous actress or two. Bread, Love and Dreams is the most prominent example of the rosy style. La Lollo stars as mountain village beauty Maria, ardently pursued by the town’s middle-aged police marshal (played by the great actor-director Vittorio De Sica), but actually in love with one of his deputies (Roberto Risso). Marisa Merlini co-stars as the local midwife. The film’s great success spawned a series of "Bread and Love" movies, including a sequel with the same cast and crew and another directed by Dino Risi, a principal talent, with Comencini, in pink neorealism and its successor, commedia all’italiana.