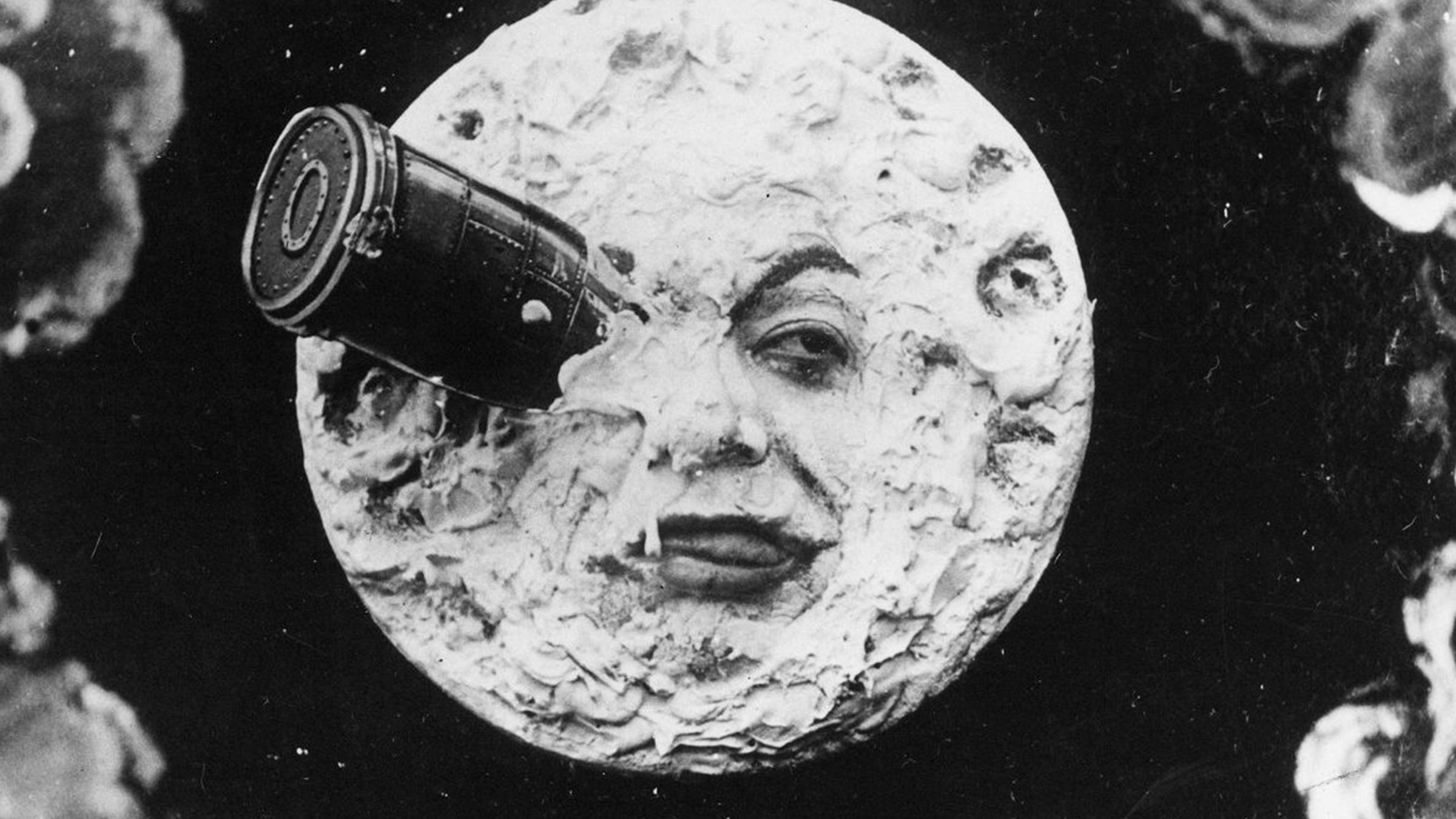 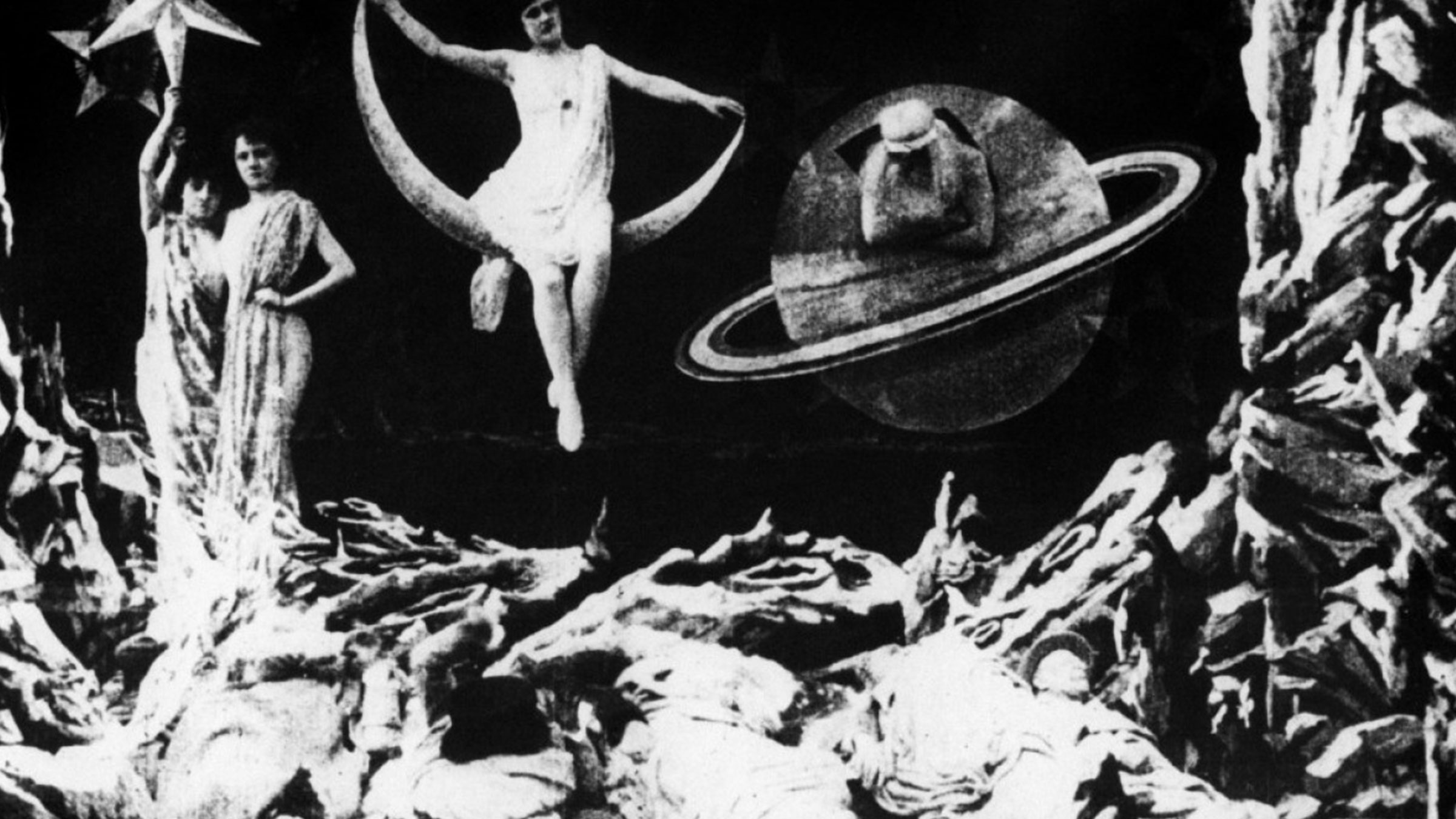 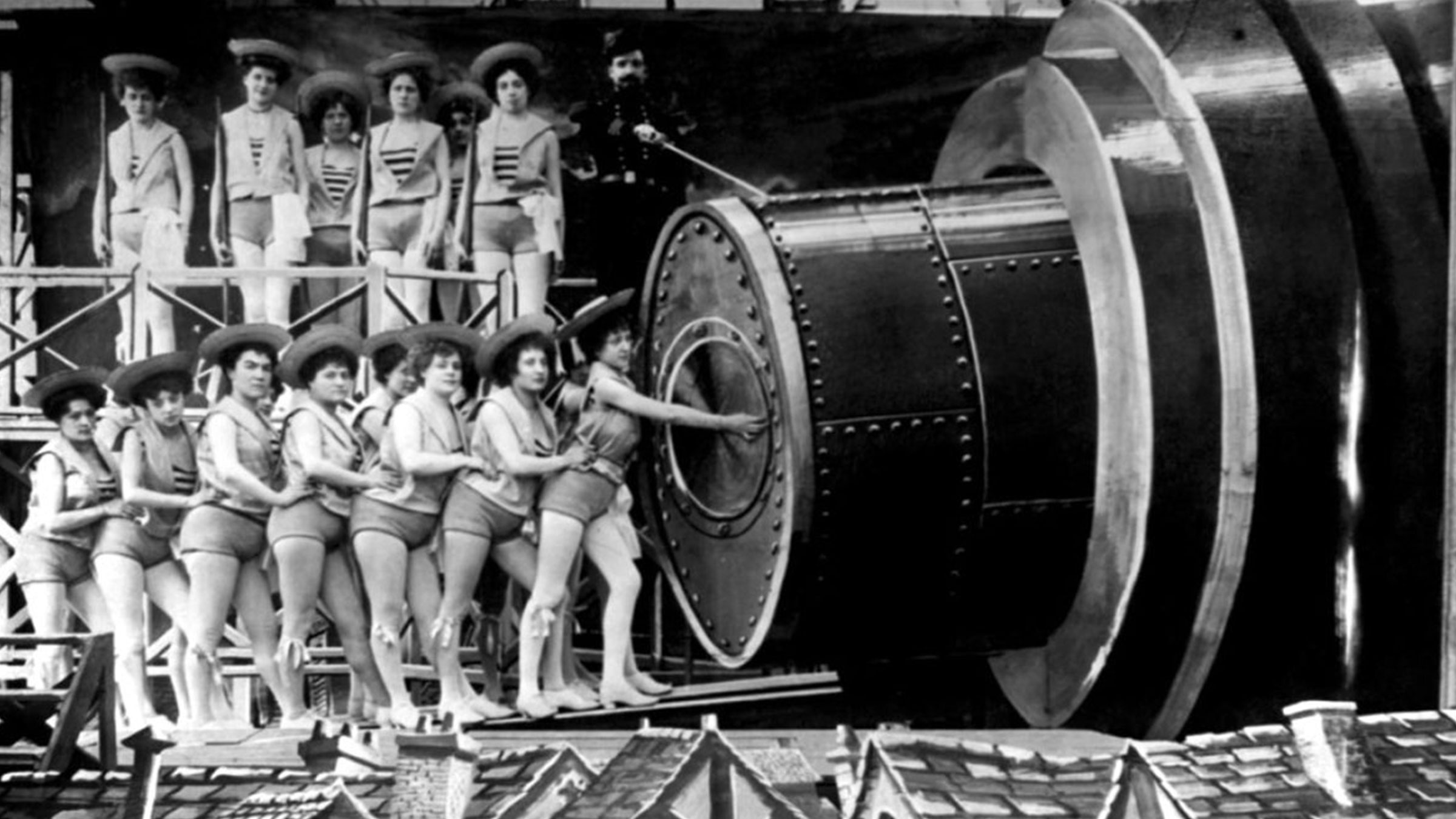 A Trip to the Moon is the most famous of over 500 short films produced by cinema pioneer Georges Méliès between 1896 and 1912, and its signature image of a bullet-shaped rocket lodging itself in the eye of a smirking moon is one of the most recognizable images in cinema history. An accomplished magician, Méliès moved from simple recordings of his stage shows to dazzling fantasy epics which were among the first narrative films ever made. These "trick films" combined fantastic yarns, intricate painted sets, and elaborate costumes with such simple but effective special effects as slow motion, dissolves, and superimpositions. Like Méliès's other long films of the period, Trip to the Moon is composed of a series of tableaux, each featuring chaotic action and multiple camera tricks photographed with a stubbornly static camera, which work together to tell a simple story. It proved sensationally popular with audiences, though Edwin S. Porter's The Great Train Robbery rode a slightly more sophisticated narrative to greater success the following year. As one of the earliest examples of cinematic fantasy, A Trip to the Moon paved the way for such filmic flights of fancy as The Wizard of Oz and Star Wars, as it proved that the seduction of the audience through special effects has roots deeper than the blockbusters of the Seventies.