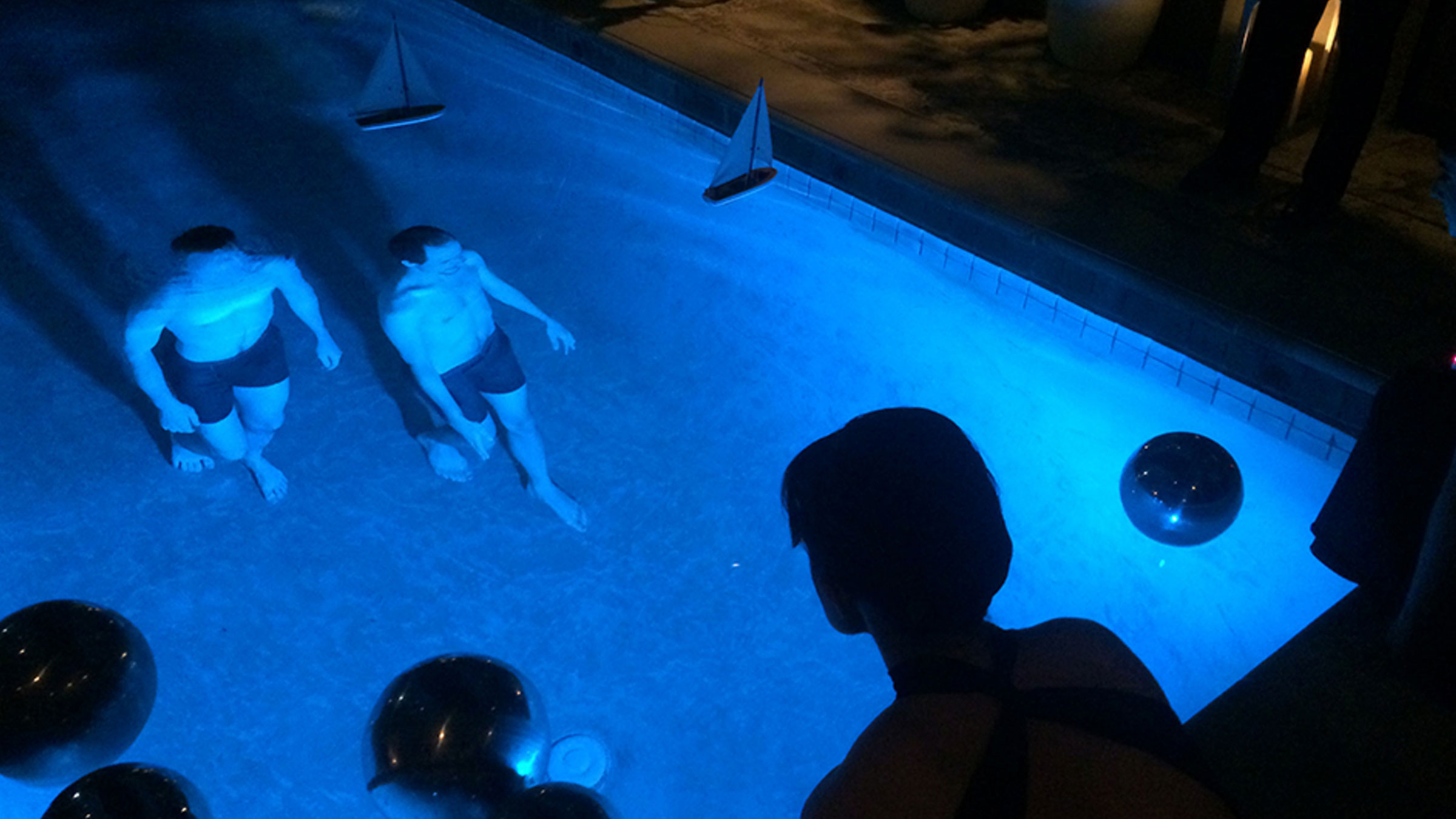 The performance is a set of mirrored narratives inspired by the Film Rêve-Noir genre of David Lynch. Mulholland Drive and Lost Highway have important scenes close to the actual location of the house where this Time Lapsus event took place. 2 sets of twinned performers move around the space, as a layer in another time, but occupying the same physical space as 'real' guests at a Hollywood Party. The performance continues at its own pace regardless of what is going on in the party. There was no intention of this being a audience/performer situation, but rather a co-mingling of situations: that of the guests and the performers, each in their own layer of time. Only the viewer is aware, in retrospect, of both situations.

This film will be screened before "Piercing Brightness".