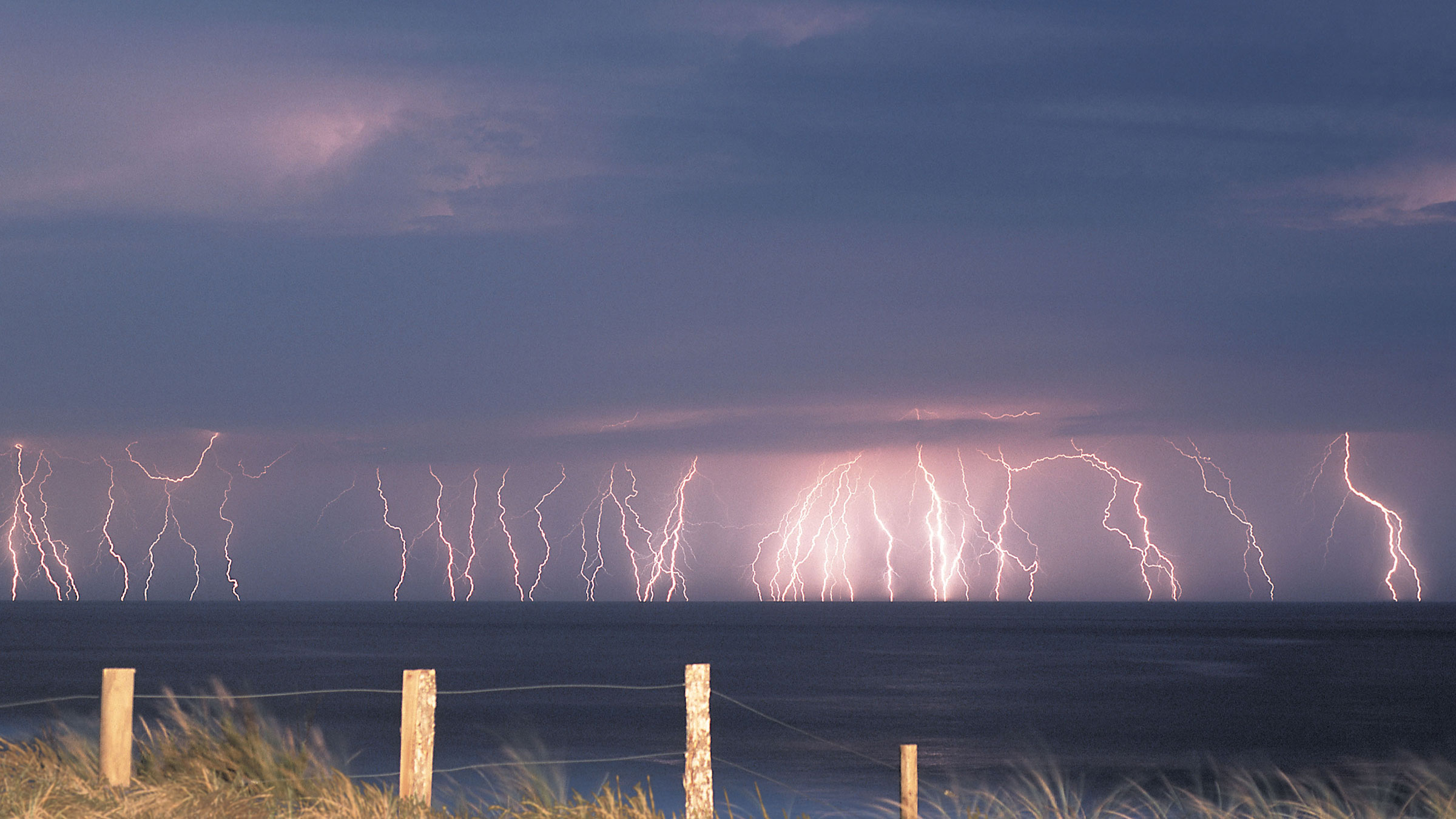 This documentary panorama is a filmic zigzag that forks out like a bolt of lightning. Lightning 2nd Part explores the nature of lightning through four seasons from all over the world. Spring resuscitates Symeon the Stylite, a god maniac who lived atop a column for 40 years. Symeon was struck dead by a bolt of lightning in the desert of Cham near Palmyra, Syria. But he also digs for lost artifacts. He tells the true story of Aleppo soap and its cauldron filled with myths. He tells how, every spring, lightning engenders an aphrodisiac truffle called Kama, which goes by the name of “Allah’s vegetable” in The Arabian Nights. Summer, based on the text of Marivaux’s Dispute, stages the earth-shattering meeting between two intense creatures, Azor and Eglé, who are stranded on the island of Sutra. On this island paradise, they eat Kama, the forbidden fruit and, though madly in love, are expelled. They are studied like atomic lab mice from the time they first see light in the 18th century to today when they are plunged into darkness.