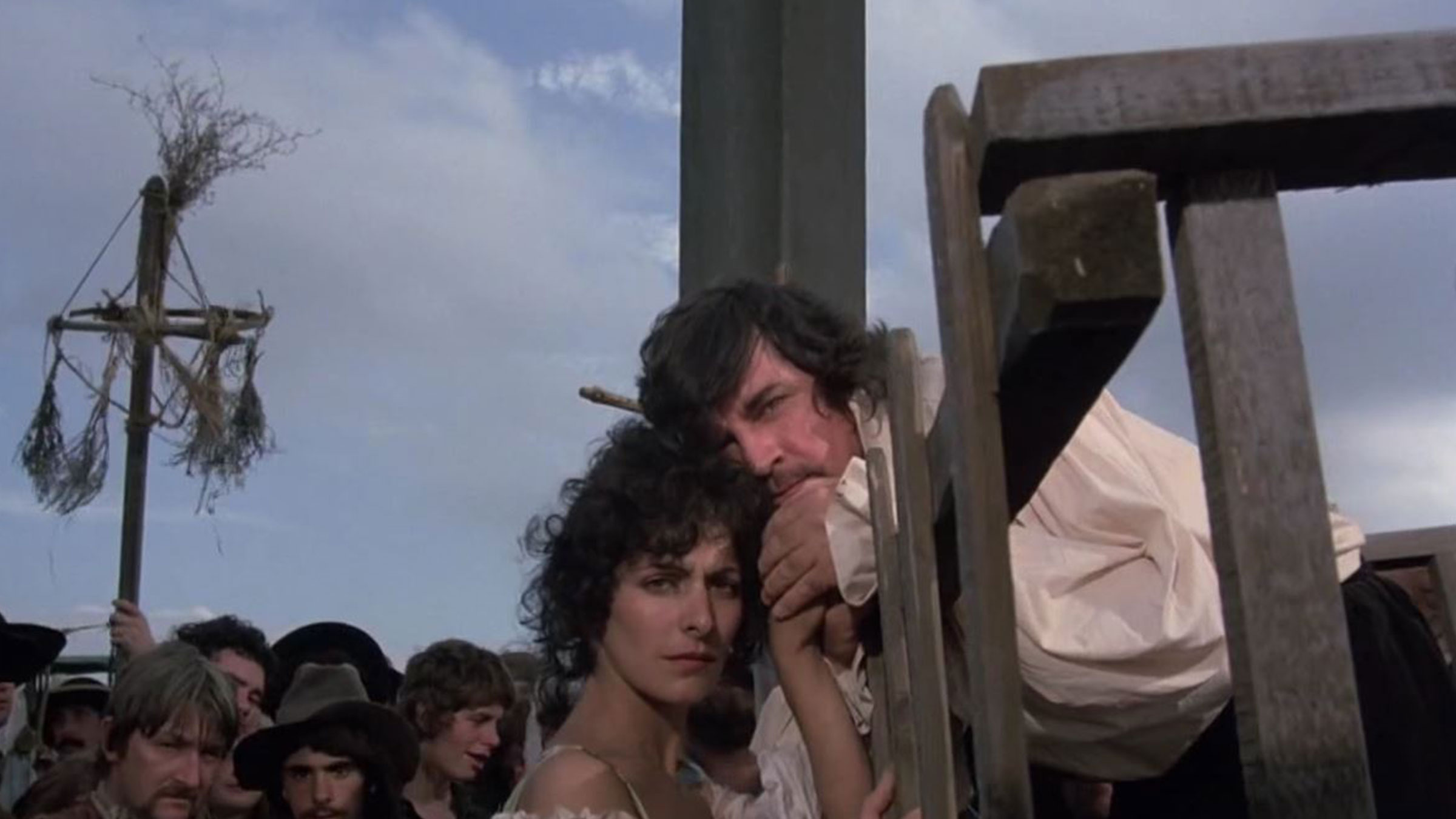 Faye Dunaway stars in Michael Winner's laboured re-make of the 1945 swashbuckler, which was co-scripted by Leslie Arliss, the original director of the 1945 film. Dunaway is Lady Barbara Skelton, a lady of the royal class, who becomes a highway robber, taking up with Captain Jerry Jackson, a highwayman and her lover. Because of a notorious whipping scene in which Lady Barbara and Jackson's girlfriend take horsewhips to one another, tearing their clothing to strategically-placed ribbons, the film was held back from release because Winner refused to cut the salacious footage. After corralling author Kingsley Amis, and directors John Schlesinger, Karel Reisz, and Lindsay Anderson to attest to the redeeming social value of the scene, the scene stayed in the film.