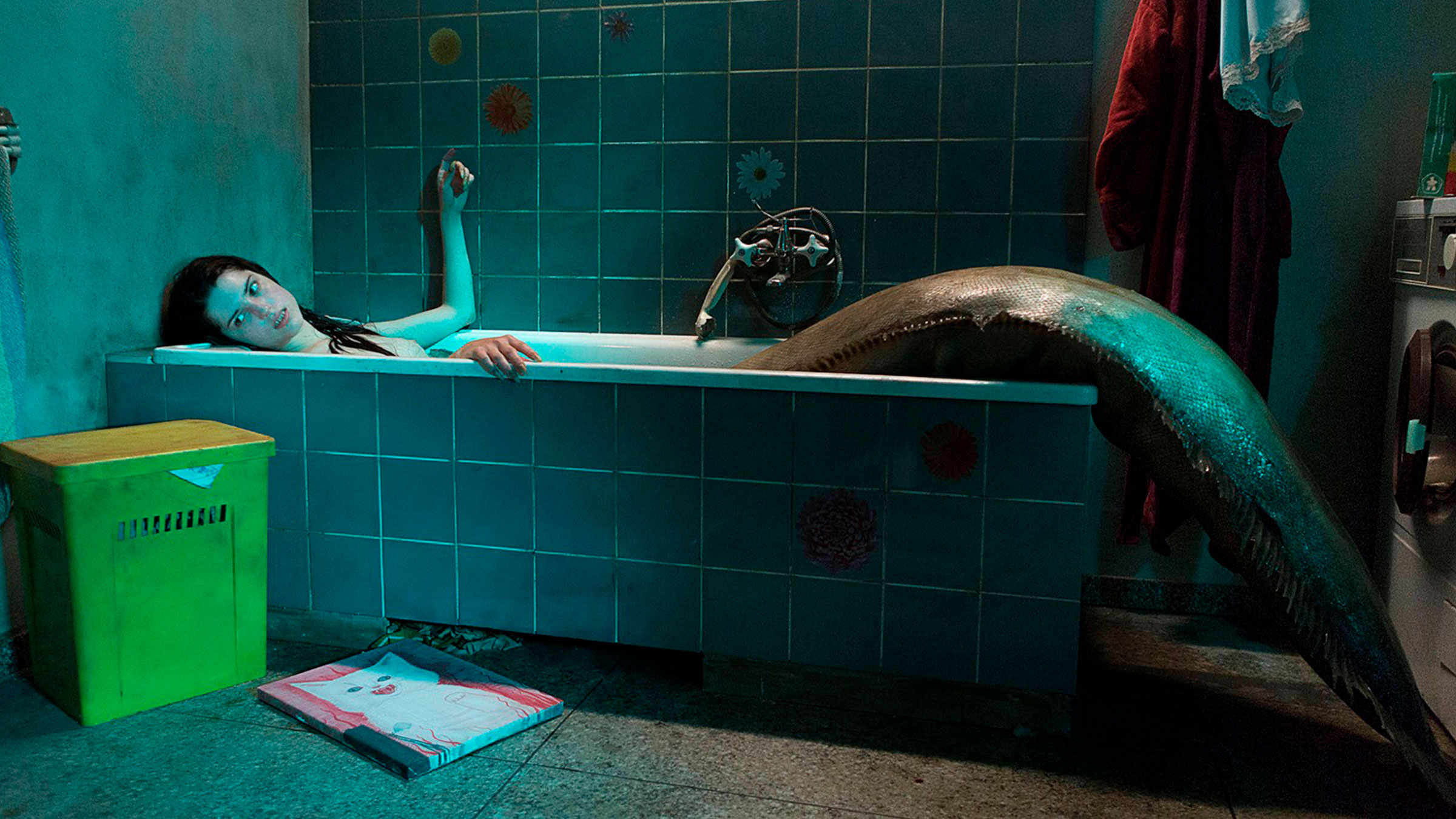 Two mermaids came ashore at a night club in Warsaw. Polish director Agnieszka Smoczynska says the film echoes a youth spent in her mother’s nightclub, where she had her “first shot of vodka, first cigarette, first sexual disappointment, and first important feeling for a boy.’ The film takes on H ans Christian Andersen’s Little Mermaid story into another realm!