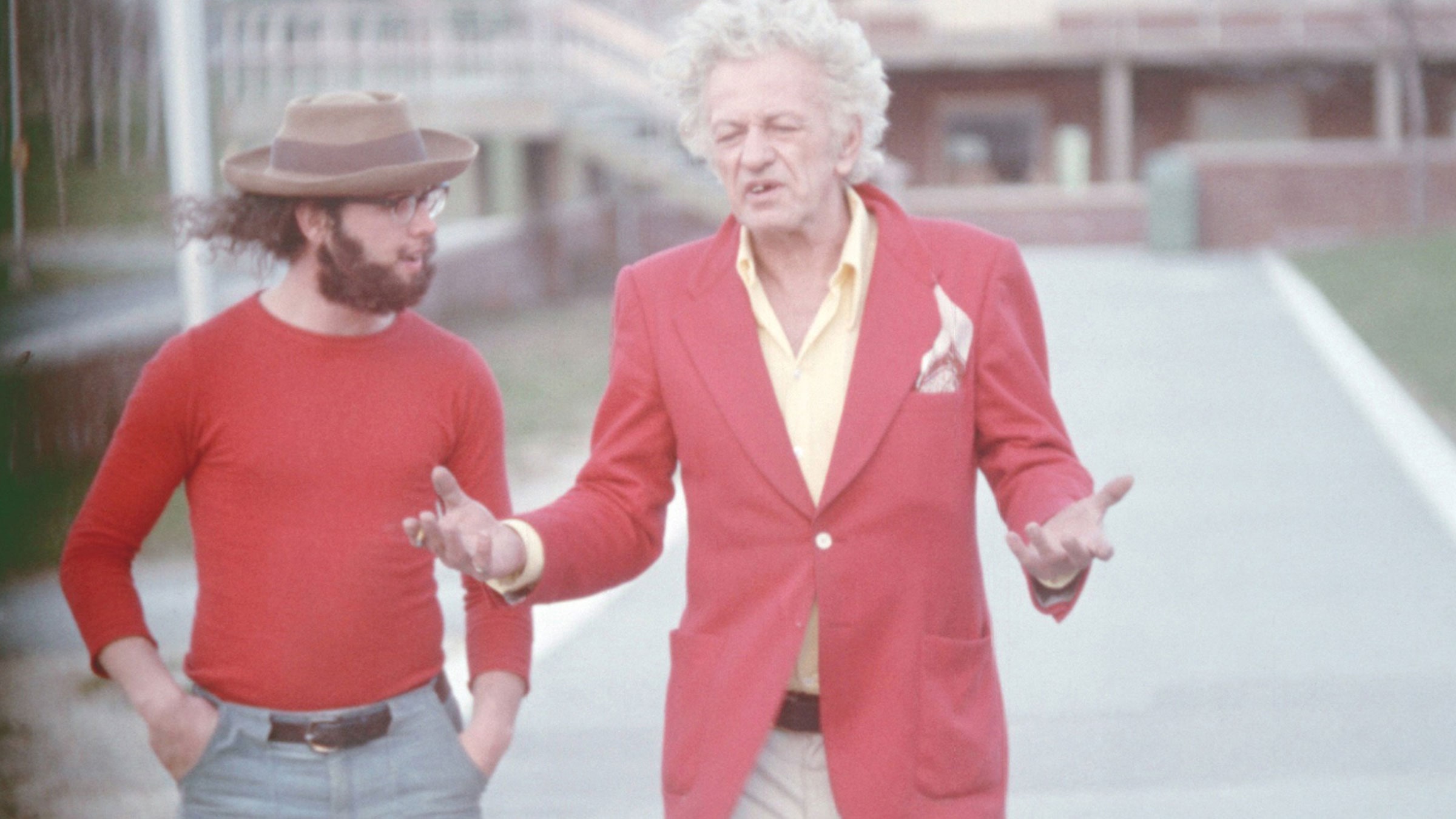 What was Nicolas Ray’s intention with We Can’t Go Home Again, that experimental film he made with a bunch of college students? This documentary helmed by Ray’s wife Susan, investigates these questions and the relationship forged by Ray between his life and his art.

Hommage to Nicholas Ray
Nicholas Ray spent the glory years of his career creating films that were dark, emotionally charged, and haunted by social misfits and bruised young people consumed by private anguish. Yet his work on-screen is more than matched by the passions and struggles of his personal story—one of the most dramatic lives of any major Hollywood filmmaker. Nicholas Ray passed away 35 years ago in 1979.