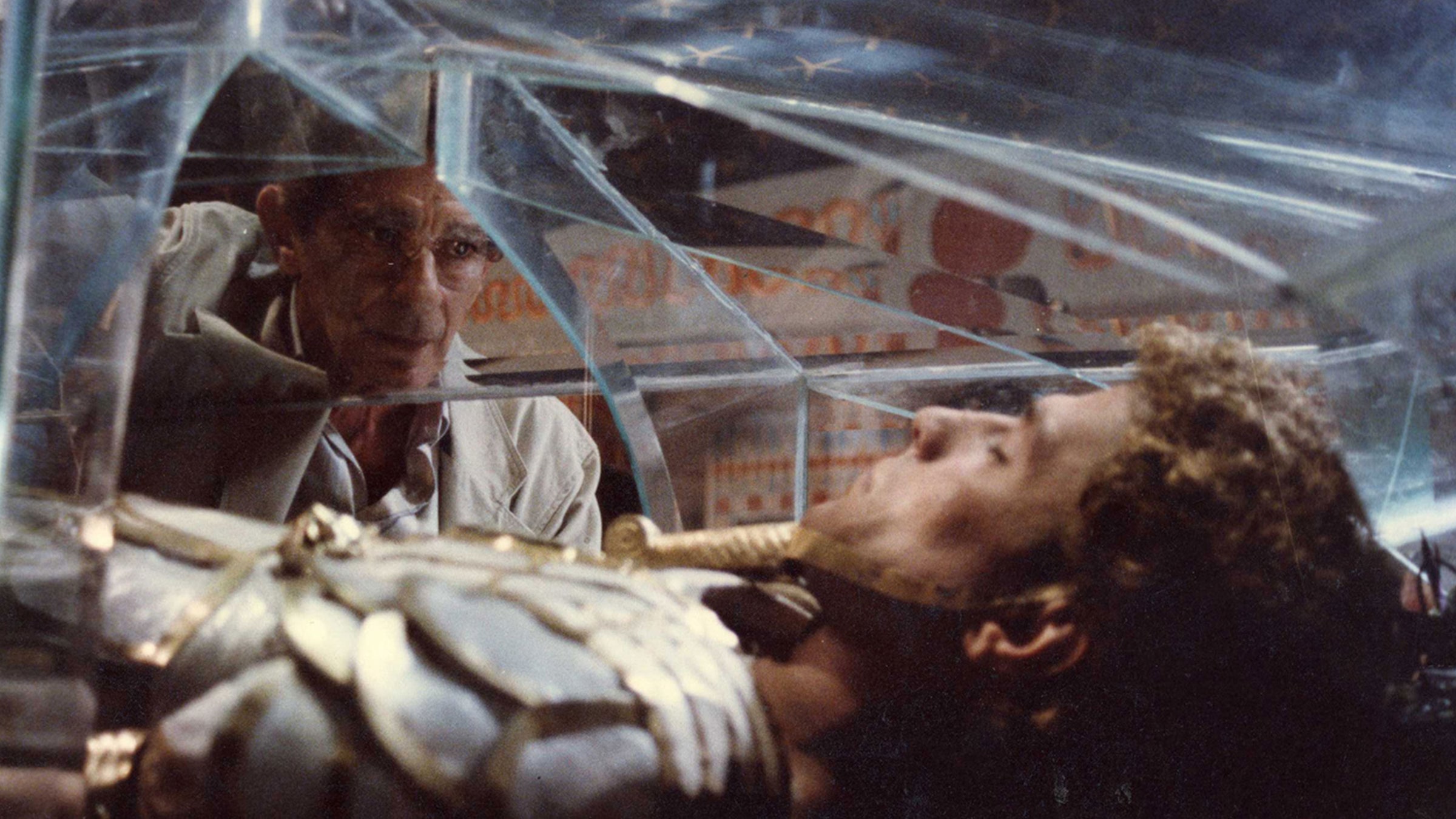 Set in 1987 against the backdrop of a hunger strike by the Egyptian film industry, Chahine himself steps in to play Yehia, the famed Egyptian director whose life is chronicled in Alexandria, Why? and An Egyptian Story. Obsessed with Amr, the handsome actor he discovered and cast as his alter-ego in parts one and two of The Alexandria Trilogy, Yehia pressures Amr to star in various film projects that change even as Yehia's perception of the young actor begins to change. He first casts Amr as Hamlet, which the actor deems too demanding for his talents, then as the lead in a musical biopic of demigod Alexander the Great, who founded the city of Alexandria in 332 B.C. As these projects fall through, Yehia becomes fascinated by Nadia, an outspoken actress and leader of the hunger strike. As Yehia's affections shift toward Nadia, he envisions her as Cleopatra, the famous Egyptian queen. Chahine expertly mixes biography with fantasy and fiction—along with whimsical dashes of fast-motion action, animation, and several dynamic musical numbers—to create a moving tribute to Egypt, to the art of cinema, and to his own enduring career.