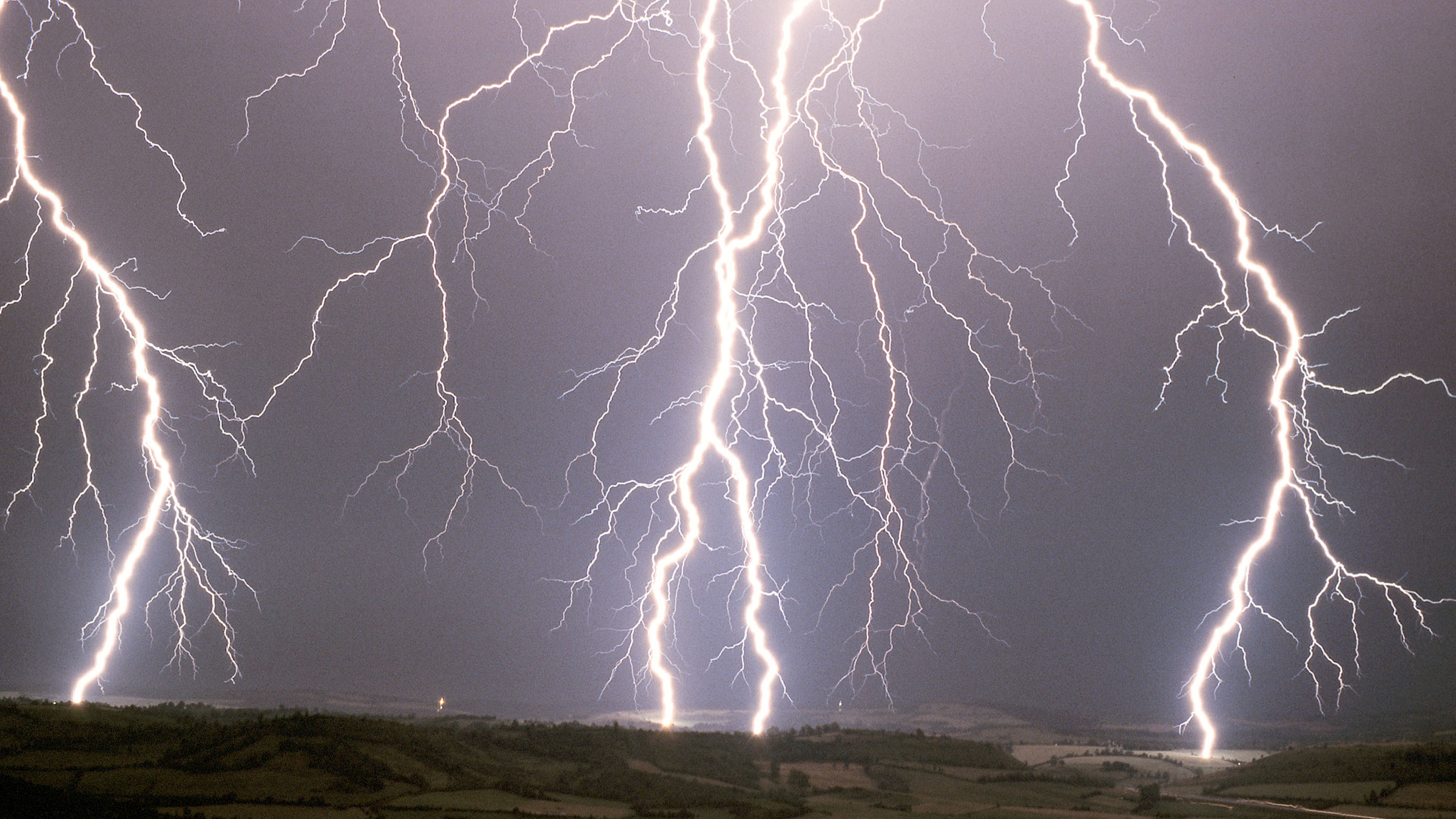 This documentary panorama is a filmic zigzag that forks out like a bolt of lightning. Lightning explores the nature of lightning through four seasons from all over the world. Autumn follows a lightning hunter, associated with Baal, Syrian God of Thunder. A visionary, Baal screens 25 years of video archives of lightning and gives us the scientific key to unlocking this fabulous and devastating phenomenon. Five of the lightning-struck reenact their ordeals at the very locations where they were struck, places to which most had never before returned. Winter strives to analyze melancholy, the final stage of depression, and the ways in which it can be overcome. A psychiatrist personifies Saturn, the god and dark planet. He travels to Africa and Syria to find both his own roots and the source of certain ancestral practices: a ritual performed by women deep in Guinea Bissau, spinning dervishes, and a torpedo fish which, in the ancient city of Aleppo, held the secret to wellness. At the same time, five melancholic patients represent their existential angst describe their long and unique journeys.