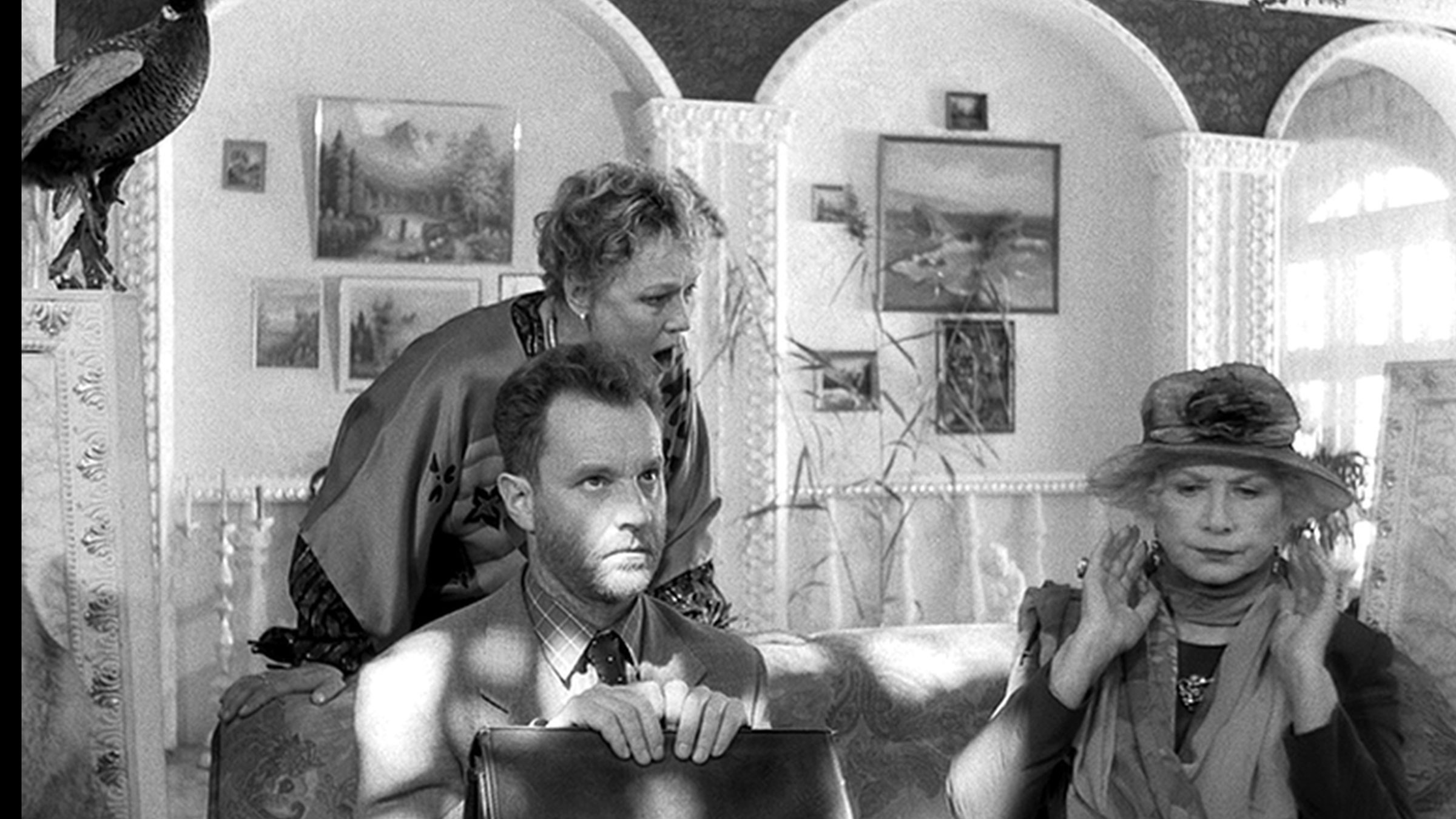 A 'criminal melodrama' loosely based on the memoirs of a turn-of-the-century Russian detective, The Tuner is every bit as mesmerizing as Muratova's earlier films. Andrey, an intelligent but penniless piano tuner and music student, is in love with the stunning and extravagant Lina. Andrey struggles valiantly to earn enough money to support her tastes, but his honest wage-slave jobs fall short of satisfying Lina's frivolous desires. As the pressure to keep his muse in the manner to which she is accustomed mounts, Andrey turns to crime, using his expert computer skills to exploit an aristocratic elderly woman. In The Tuner, outrageous, bizarre situations create a believable and fascinating study of the intricacies of human behavior and the film's in-depth character analyses amuse while never losing their poignancy or impact. An elegant, sophisticated and irresistible recital, this is breathtaking filmmaking from a true artist. - Dimitri Eipides, 2004 Toronto International Film Festival.