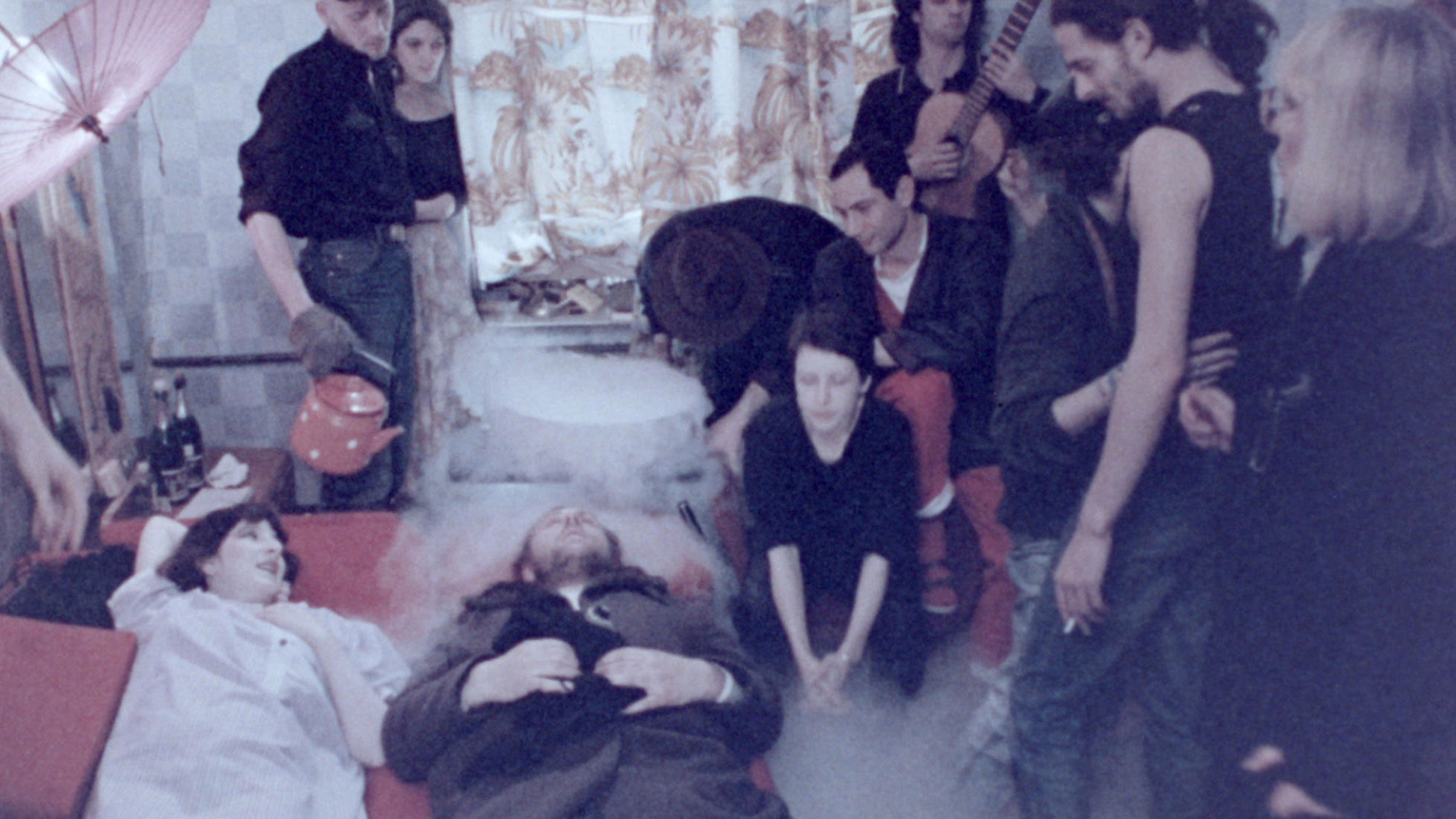 "My country had reached bankruptcy and there was nowhere else for it to go.
Everything had to burst!"
Kira Muratova

Muratova's impressionistic portrait of the USSR reaching the end of its tether is for many the most powerful single achievement of the glasnost cinema. It was initially held up for distribution but then finally released and went on to win the Silver Bear at the 1990 Berlin Film Festival. The film begins with a story, shot in black and white, of a woman soon after the death of her husband. Yet what troubles her is not only his death; something larger, much darker and more powerful, is brewing inside her. Then one day it happens: it all comes out as she's riding a public bus. Her diatribe is astonishing - but then we discover that this has all been an introduction to the "real" film that Muratova wants to make. Mixing documentary, farce, melodrama, black comedy, social problem picture and psychological portrait - along with a few other elements - The Asthenic Syndrome is a unique, one-of-a-kind film, an epic yet deeply personal response to Soviet life and history.