Who is Frida Kahlo? 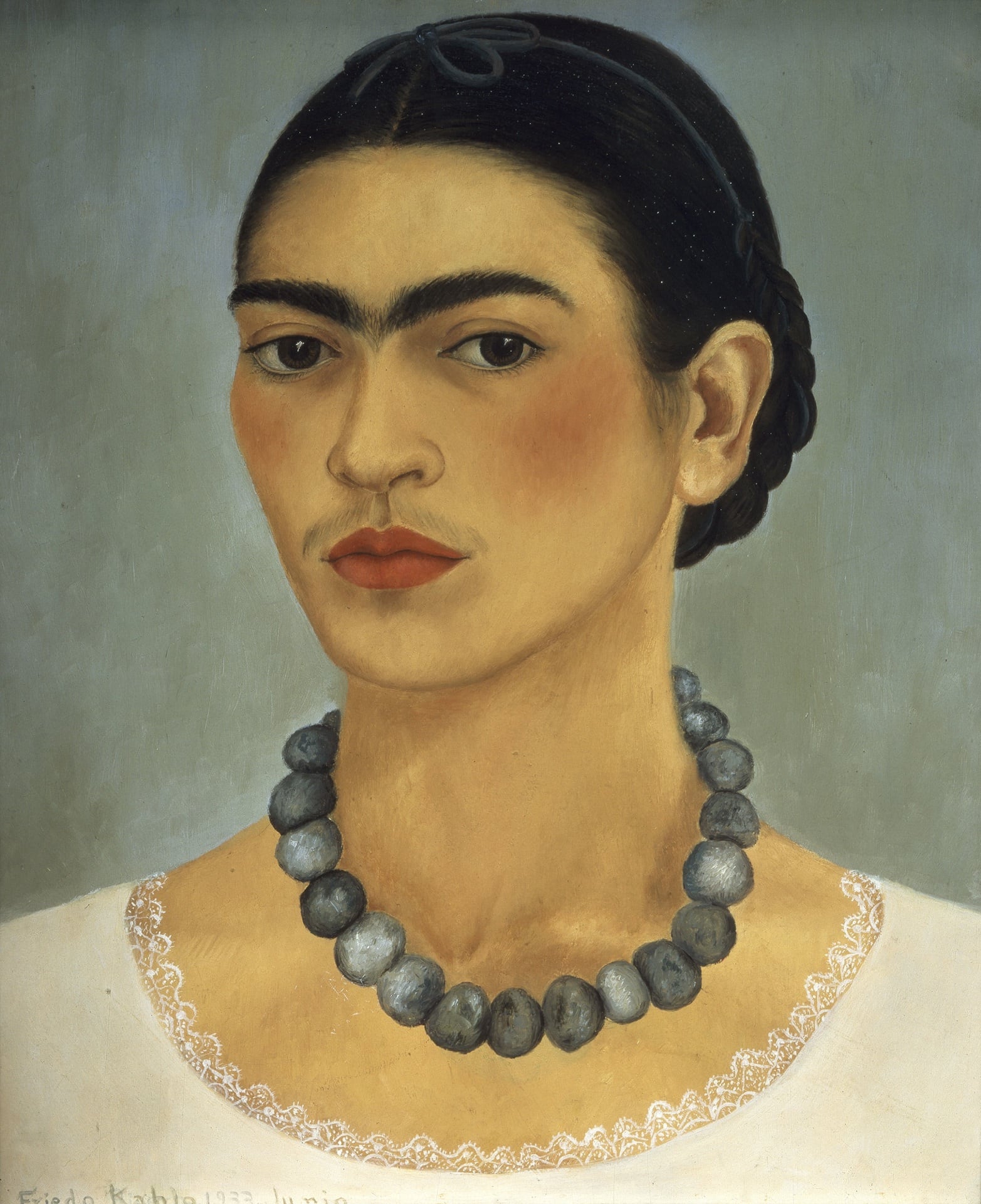 Frida Kahlo was born on July 6, 1907 in Coyoacán, Mexico. Exactly 47 years from now, before she died in the same city and her beloved Mexico, many things would happen; she’d meet Diego Rivera, become a world-renowned artist, and allow many of her fans to dress like her on Halloween. One of the most important events that happened to her was that bus accident that would completely change the course of her life. For this reason, Frida, who had to end her education, could not get the medical education she sought. Frida Kahlo first married Diego Rivera in 1929. In the 1930s, she accompanied the mural artist Rivera on his way to Detroit, San Francisco, and New York, and on their return she began teaching at the art academy La Esmeralda; her students called her Los Fridos. She was an artist far ahead of her time. Like Diego, Frida, a member of the Communist Party, had an active role in Mexico's political scene. 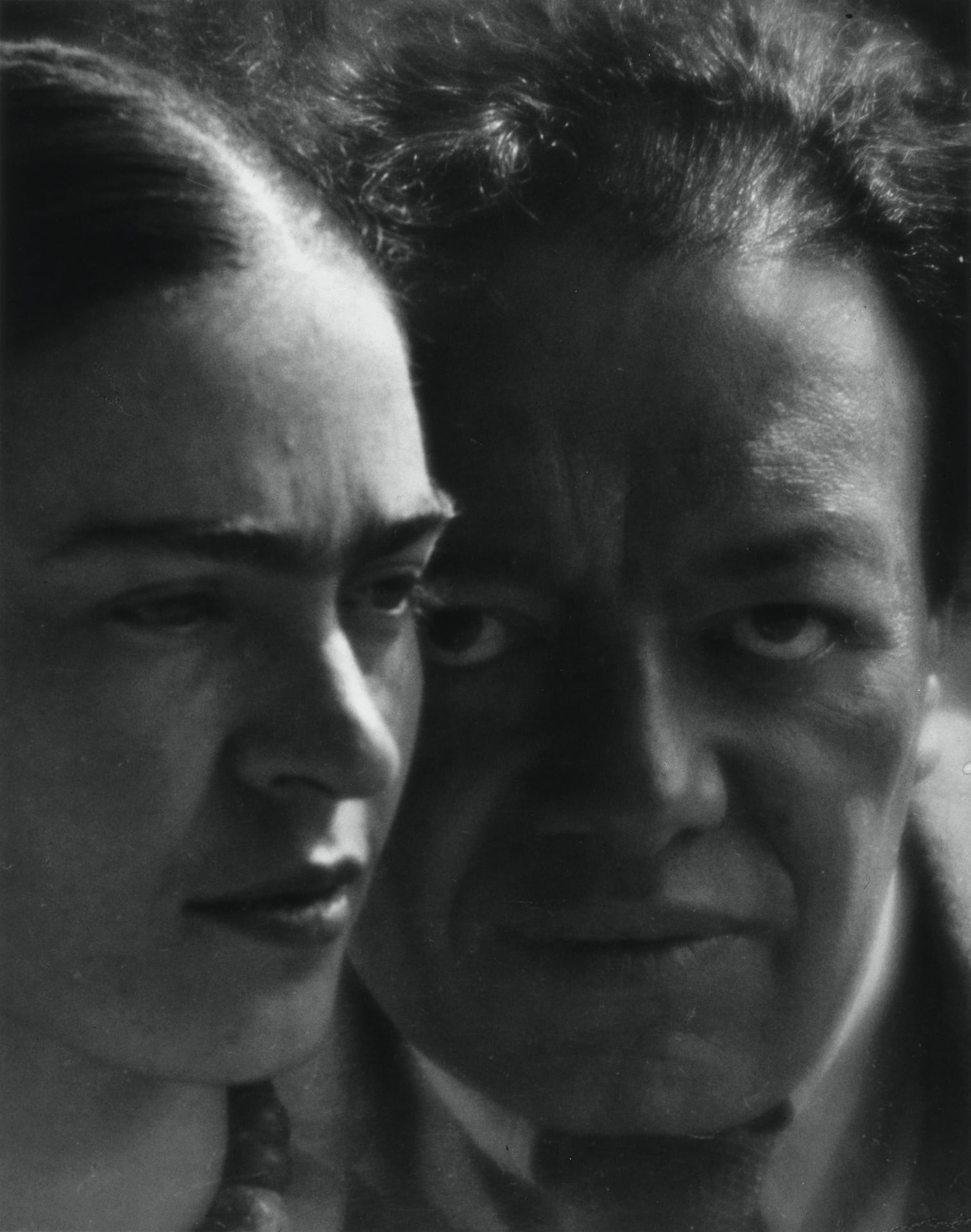 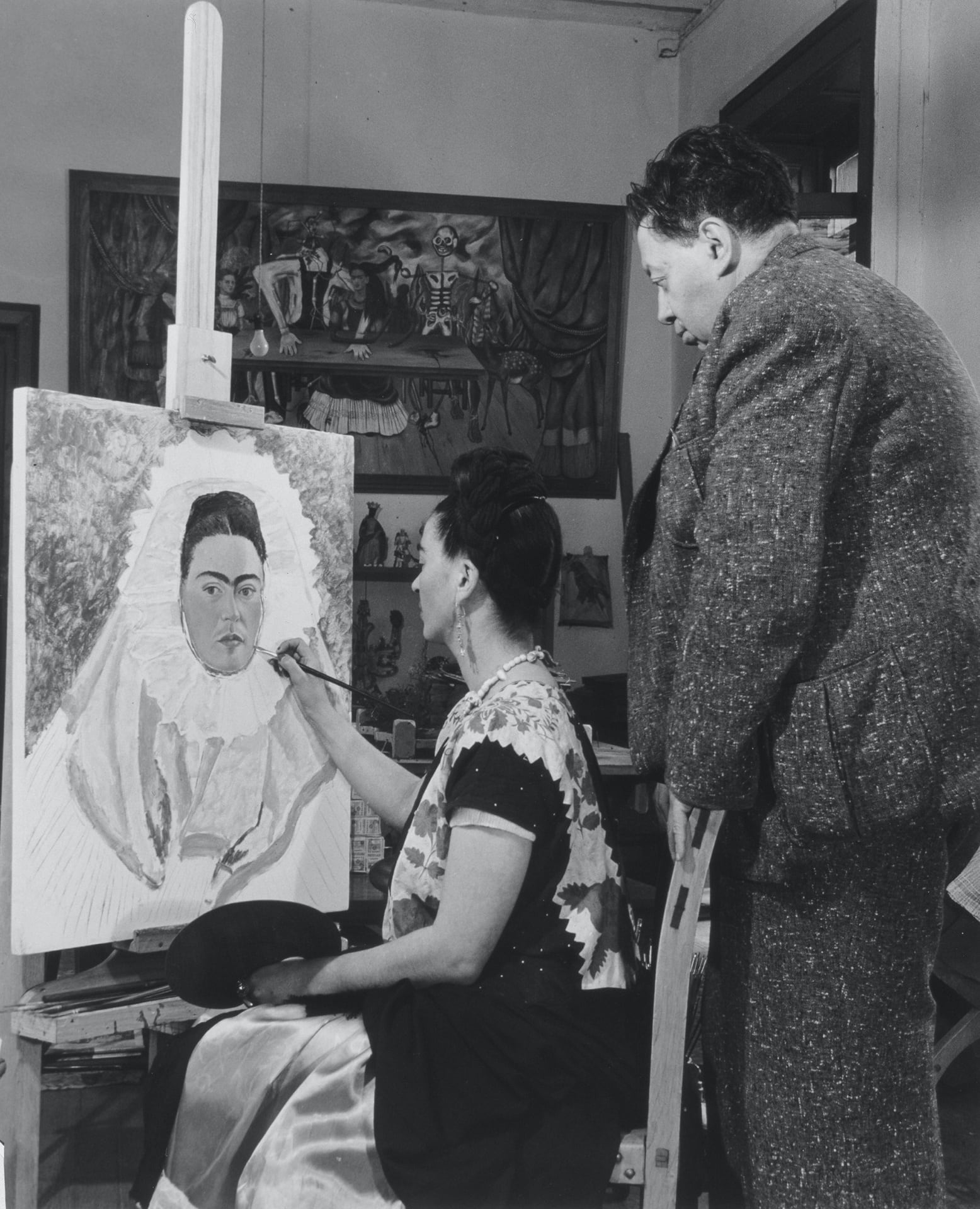 Frida met Jacques and Natasha Gelman through Diego. And this meeting went as far as that Frida played a major role in the Gelman Collection. 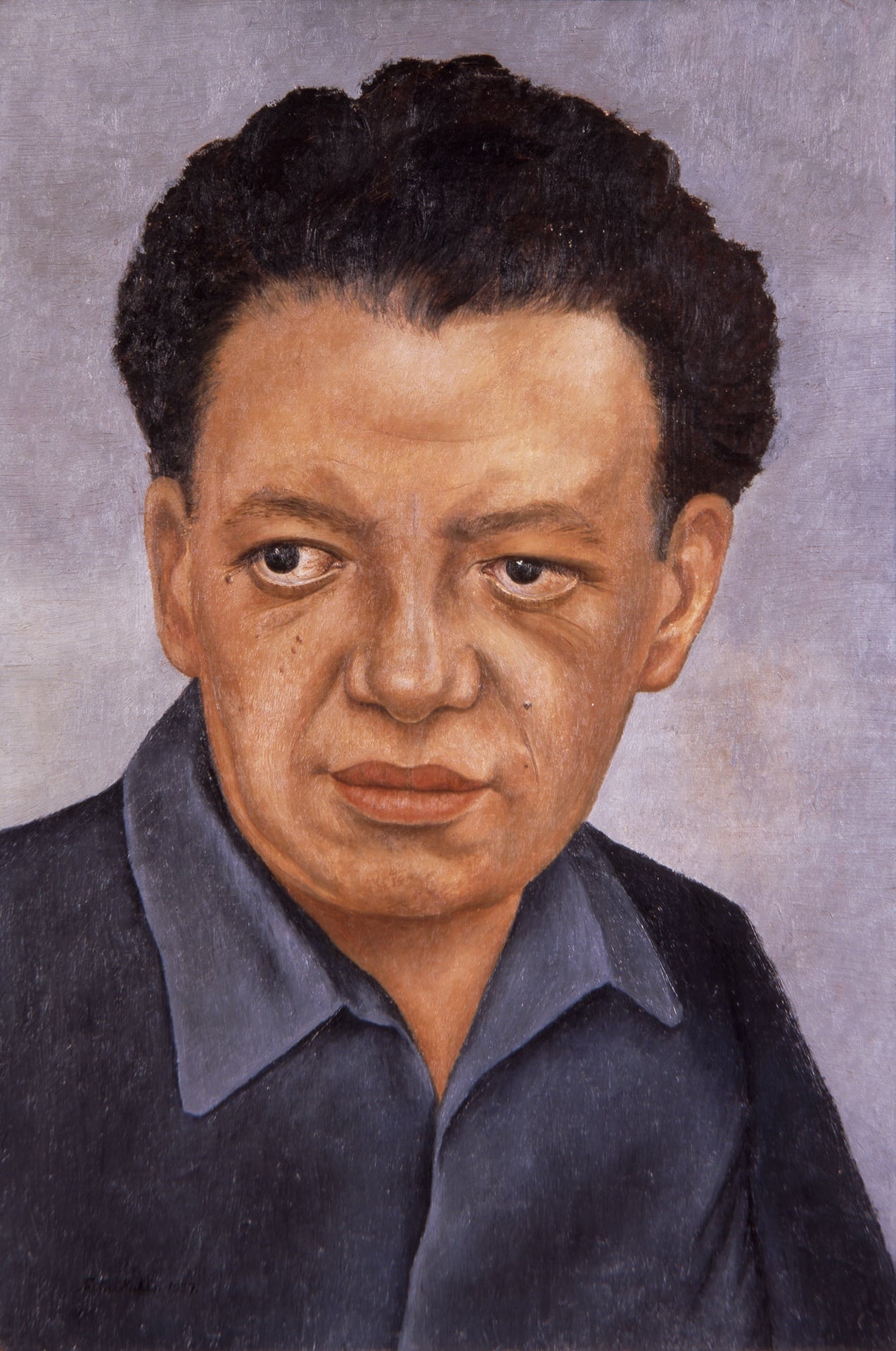 The first oil painting the Gelmans bought in 1943 was Frida's portrait of Natasha, made to order. Ten more works followed this portrait. Natasha on Frida Kahlo: “One night Frida invited us to a cocktail at the house of fashion designer Henri de Châtillon; she had organized a small exhibition there. When we entered I saw her painting titled “Diego in My Thoughts”. I still love that painting and other paintings of Frida as much as the day I first saw them. "

Diego Rivera was a very successful and highly sought-after portrait painter, as he managed to make all his models look beautiful, but in this particular case it was obviously not difficult at all. Because Natasha Gelman was a dazzlingly beautiful woman and Diego had drawn Natasha before. One of the models in a series of murals for the nightclub Bar de Ciro, owned by foreign investor Blumenthal at Hotel Reforma, was Natasha. Blumenthal was a friend of the filmmaker Jacques Gelman and they kept the nightlife at Club de Ciro alive with actor and comedian Cantinflas.

This series of murals was done in the salon style, as Rivera's words, and consisted of numerous nude paintings in lavishly displayed poses. It is said that the lady portrayed as a 'grape vine' in this series is Natasha Gelman, which is why Frida Kahlo showed her jealousy with her own malicious portrait of Natasha Gelman. 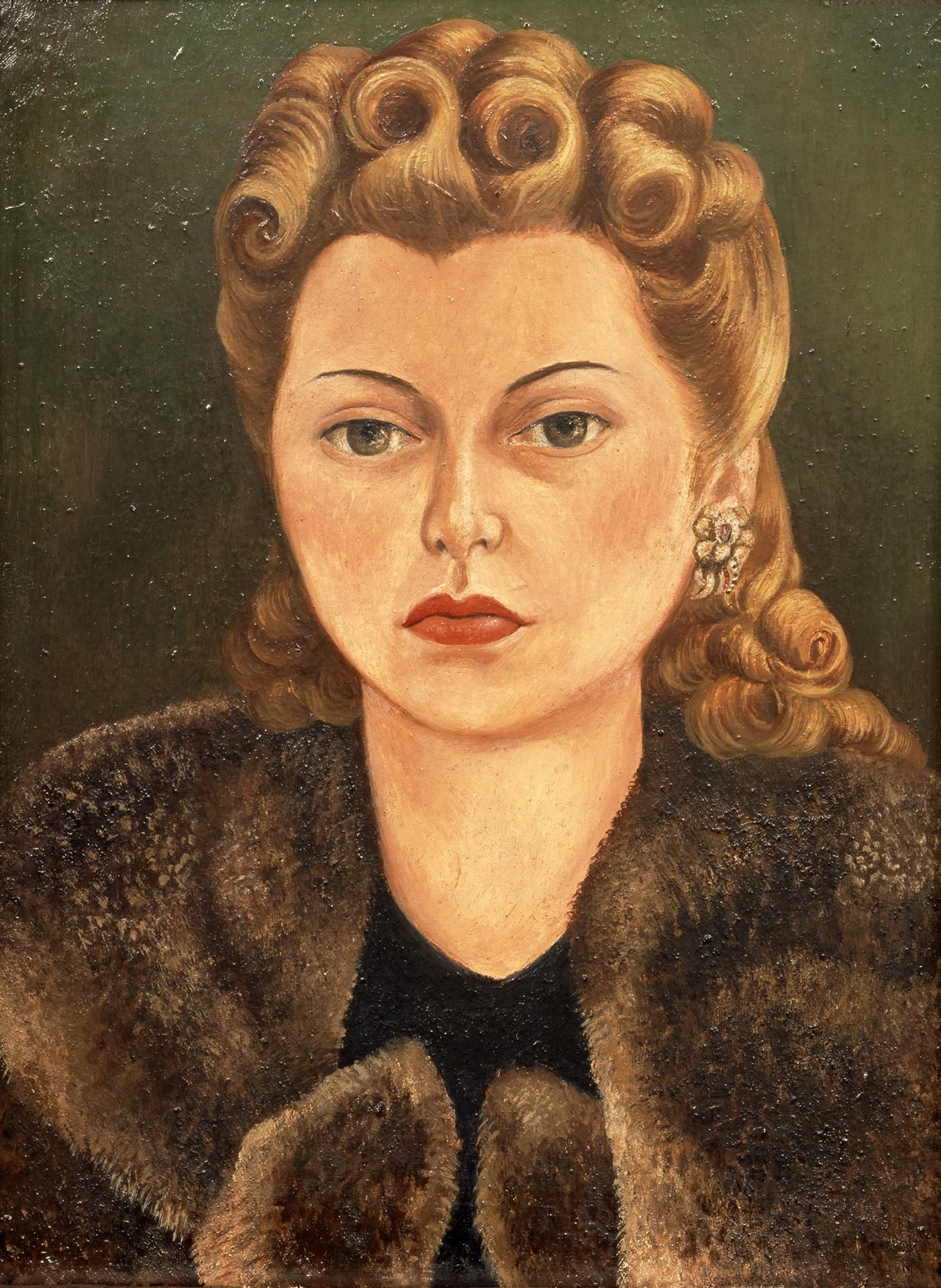 Frida Kahlo's paintings are charismatic works kneaded with contradictions. She tries to deal with these affairs, her pains and basic problems. Her works consist of about 140 paintings and as many patterns, not too large and numerous. The numerous self-portraits of Kahlo, in which she turns her questionable gaze to the viewer with these paintings containing chaos, literary references and allusions, are fascinating.

For example, Frida made one of her most famous works, Braided Self-Portrait, right after her second marriage to Diego Rivera. In this self-portrait, you can see that she portrays herself as extremely exotic and almost annoying enough to be headstrong. Frida is unclothed and unprotected in the picture; the only thing that protects it is the grape vine that covers her nakedness with its leaves. The vine leaf, which has been the symbol of eternal life since ancient times and considered a paradise garment as well as fig leaf, symbolizes "immortal love" among the emblems Kahlo frequently uses.

Kahlo's sense of uncertainty was also combined with her nakedness, which symbolized the need for protection and vulnerability in painting. Frida, her old friend and doctor, Dr. Leo wrote to Eloesser in July 1941: “Remarriage is going well. Fights have diminished, there is more mutual understanding, and I am questioning less about other ladies who suddenly take a prominent place in her heart. As you can see, I was finally able to realize that life is such a thing - whatever is left is a fantasy. If my health had been better, I could even be happy, but being such a wreck from head to toe causes my mind to fall apart and gives me moments of pain… ” 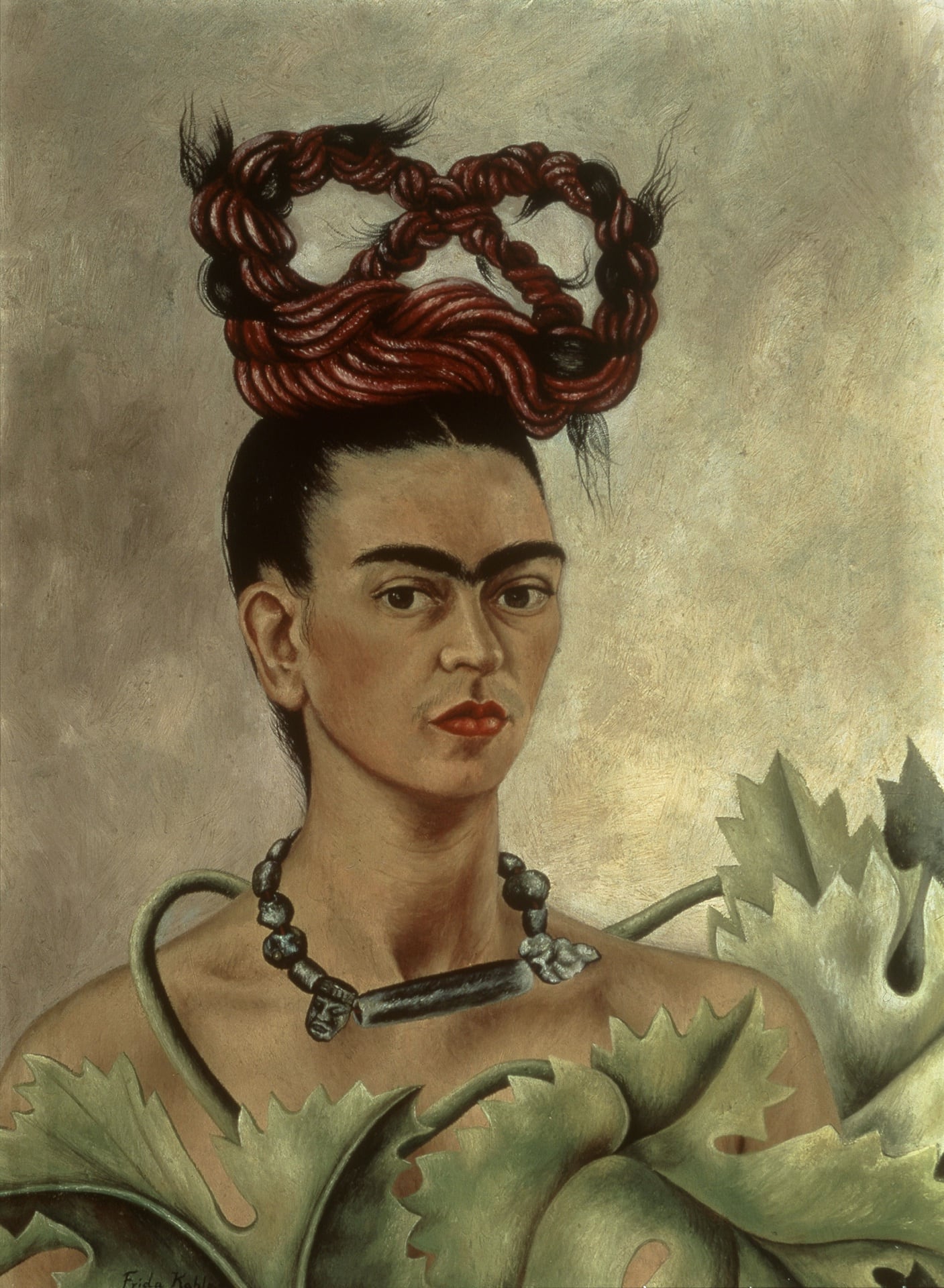 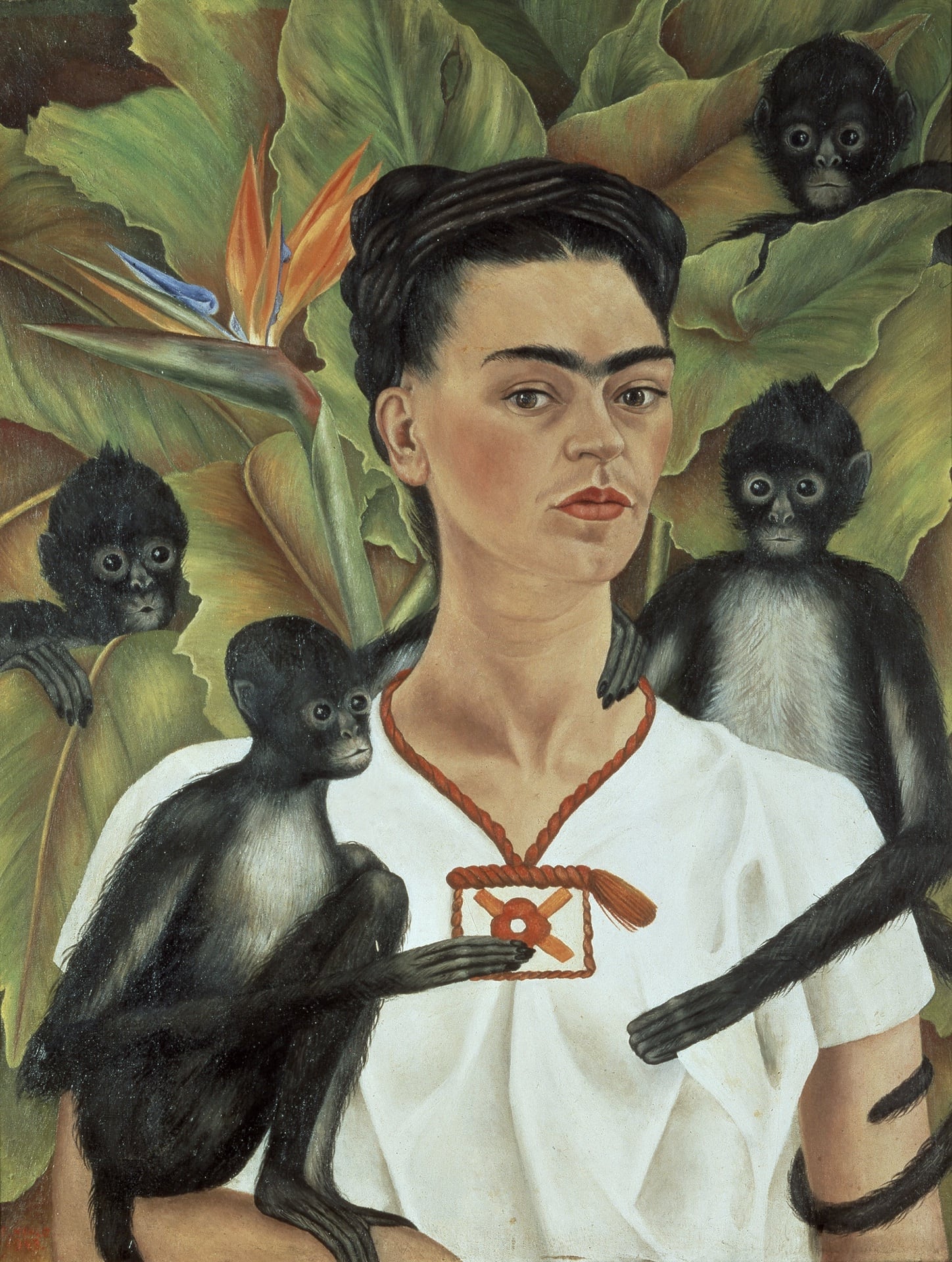 The Miscarriage and its Effects on Frida

Frida Kahlo stayed with Diego Rivera in Detroit in 1932. Rivera was painting murals. Frida was pregnant and expected the birth of her child with mixed feelings. Her health was not good and she was afraid of being crushed by the burden of motherhood.

However, things did not go as she thought. Frida had a miscarriage at Henry Ford Hospital in Detroit in July 1932. Trying to deal with this trauma through art, she created two works: Oil on metal, Henry Ford Hospital, and another piece that was the only lithography among all her works. In this low depiction of mourning for the unborn baby, the contrast between the creative power of nature on the one hand - cell division and the formation of human life on the left side of the page - on the other hand - the hand on the right of the page is therefore drawn in huge and exaggerated - There is a reckoning with the fact that a satisfactory beauty can never be born.

The Elephant and The Dove

When Diego Rivera married Frida Kahlo in 1929, the intellectual and social circles of the period described the marriage as "the union of an elephant and a dove," referring to the gigantic physique of Rivera, and referring to Frida's small and slender body. When photographer Edward Weston met the couple for the first time, he said about Frida: “… She's so thin that she looks like a tiny little stone doll next to Diego, but only in appearance because she's a strong and charming woman. She has no trace of his father's German blood. She wears indigenous clothes, including her sandals, and creates a sensation on the streets of San Francisco. " 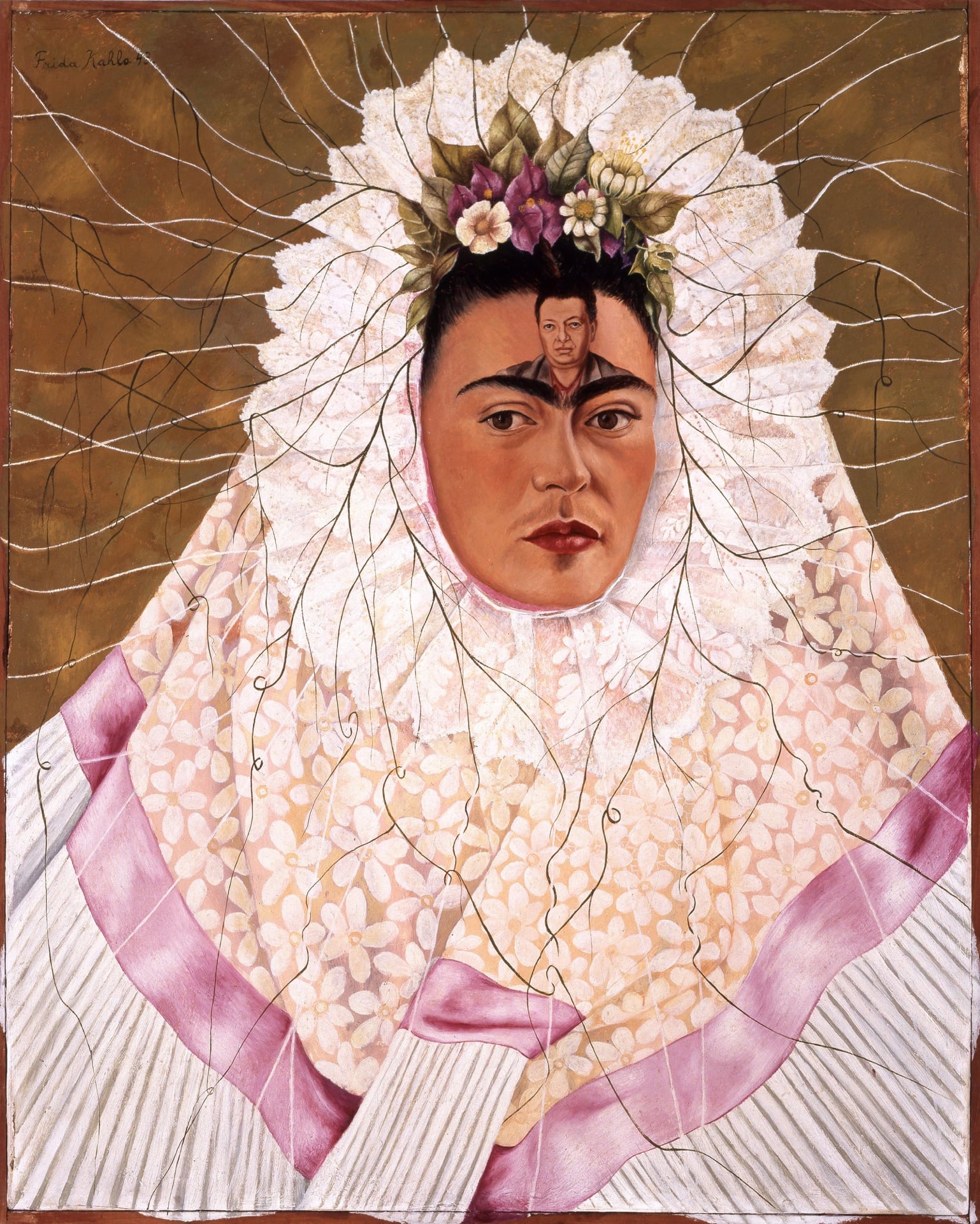 Diego Rivera also built a personal image, became the leader of the revolutionary Mexican painters who took the role of the cubist painter who brought the European avant-garde to Mexico. He liked to make up stories, such as the experience of cannibalism he described in his autobiography, a story concocted to reinforce his gigantic devouring reputation. Just like Frida, Diego did not think he would contribute to his legend when he made up stories. 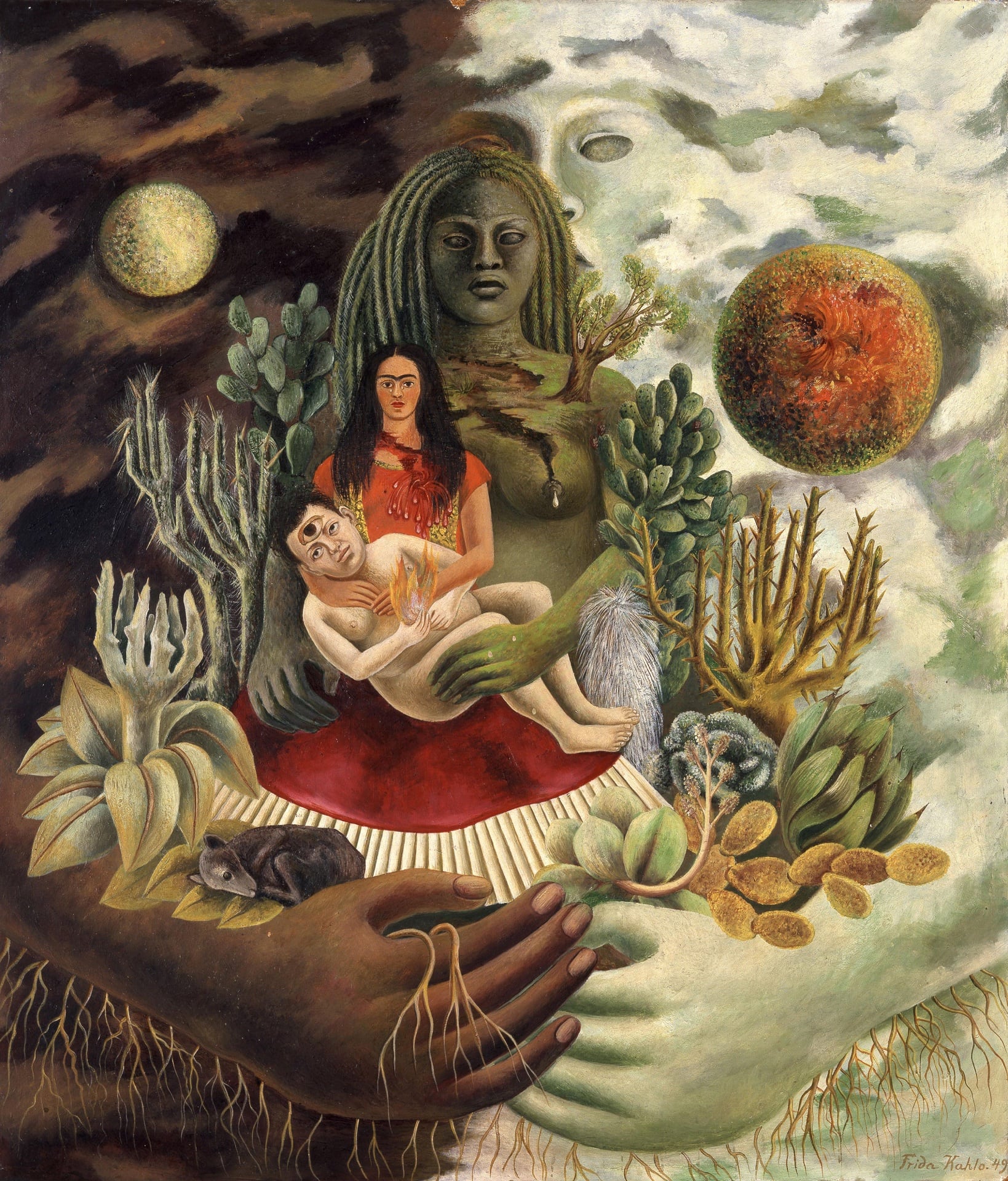 Hungarian-American photographer Nickolas Muray went to Mexico for a vacation in May 1931; he would meet with his artist friend Miguel Covarrubias, who was returning from a trip abroad, and his dancer wife Rosa Rolando. Nick and Miguel had met in New York when they were young, when they were both struggling to prove themselves in their profession. Nick had just come out of the bloodiest of his three divorces, he desperately needed a good vacation. When Nick Muray came to Mexico, he didn't intend to have a serious relationship with a woman, but when he met Kahlo, he couldn't resist making him feel unique and special, believing that their relationship could turn into something permanent. Of course, this love affair took place at the time when Kahlo and Rivera were apart. On leaving Mexico, Frida gave her a note in her broken Hungarian.

An excerpt from Salomon Grimberg's article in the exhibition catalog "Frida Kahlo and Diego Rivera from Gelman Collection". 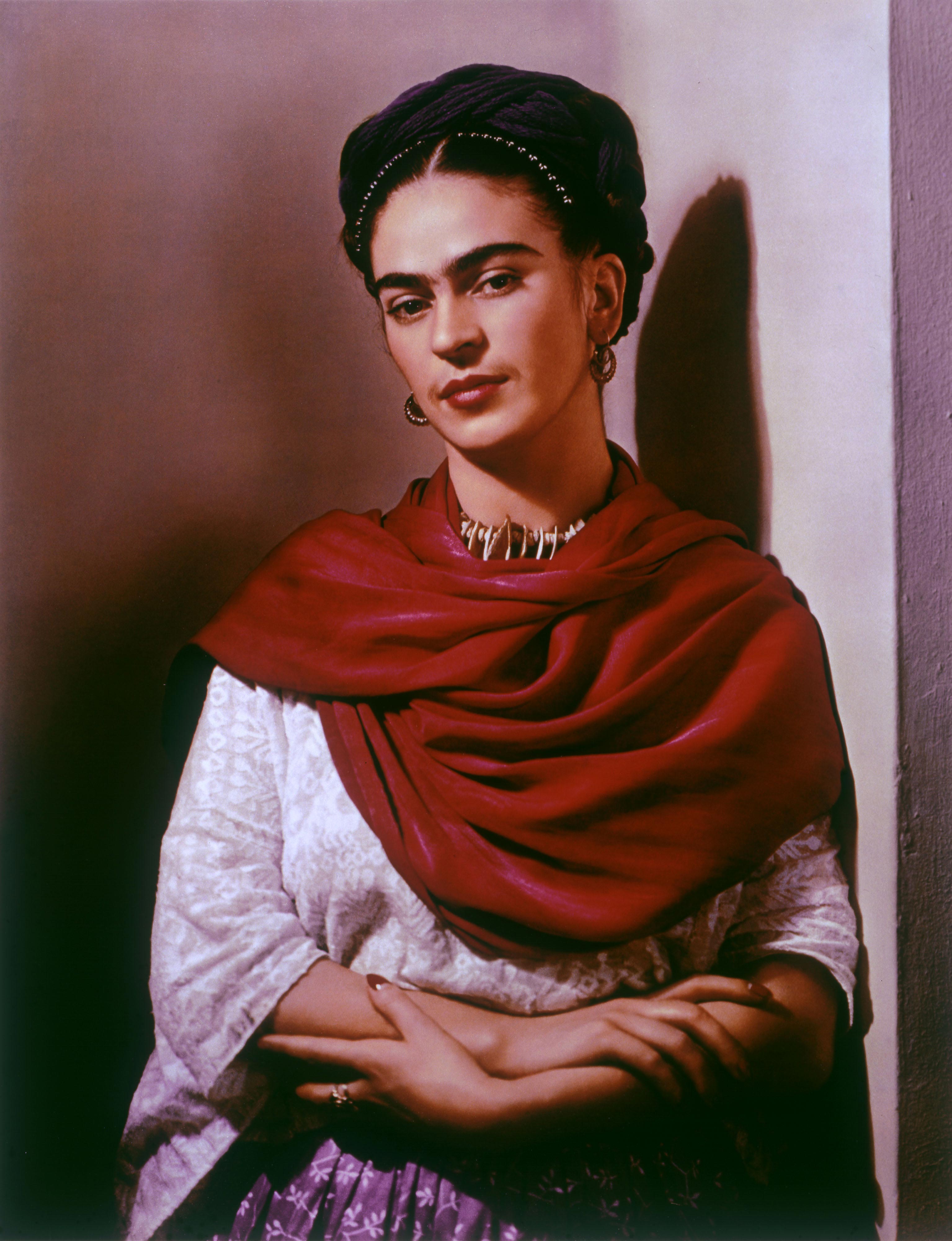 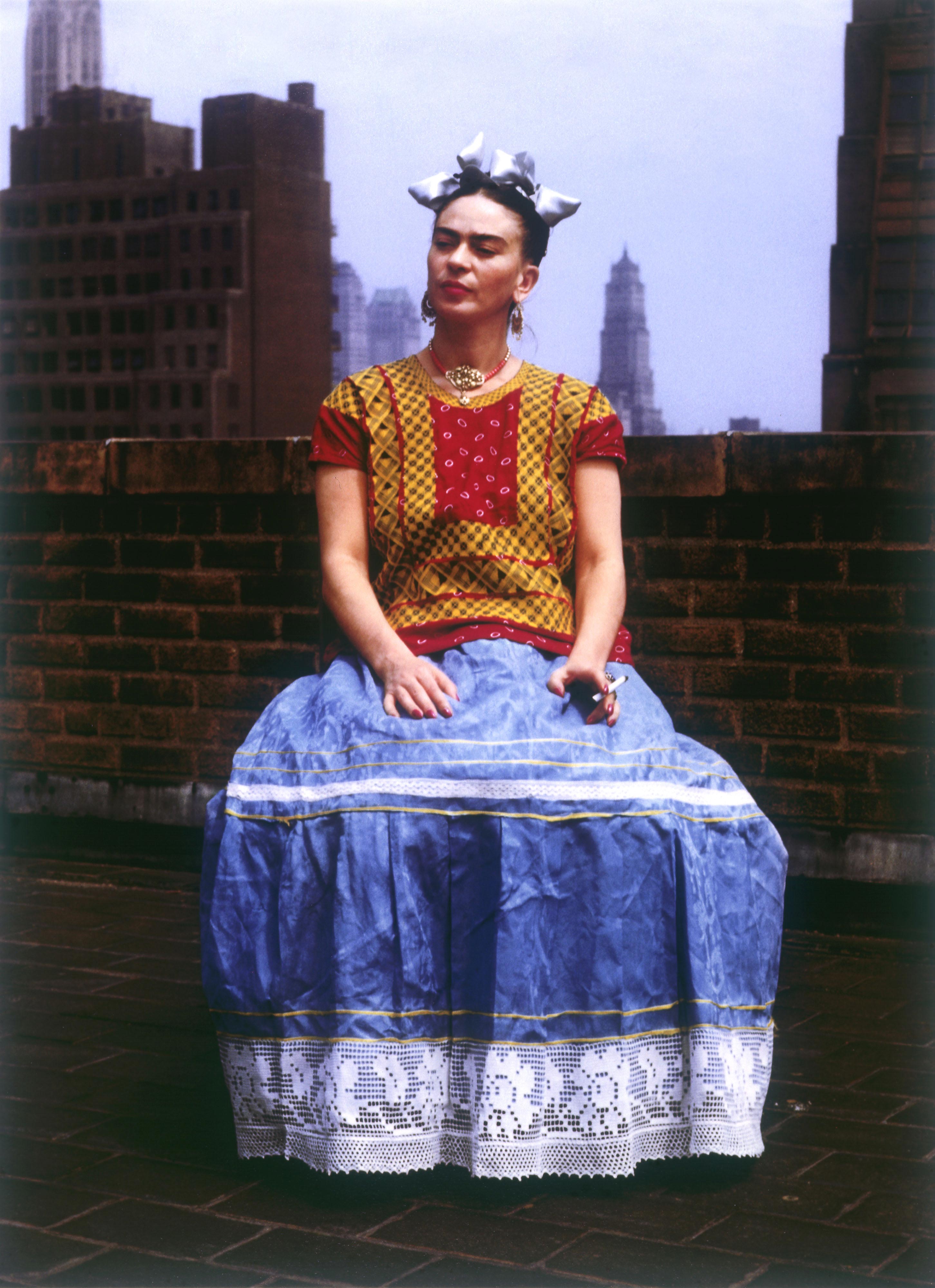 Frida’s Interpretation of the Yin-Yang

In this painting, Frida Kahlo draws on the tradition of Memento mori, the still life, and depicts the complex relationship between her and sexual pleasure and love, using various literary sources.

To enliven the nature of the painting, the fruits are arranged in a sensual way: Two halves of watermelon and two halves of coconut together form the yin-yang form. The yang representing the male is represented by bananas at the bottom, and the yin that represents the female by the popped papaya at the top. Both pieces complement each other, but they can never merge, so watermelons are not cut from a single piece and can never be put together. 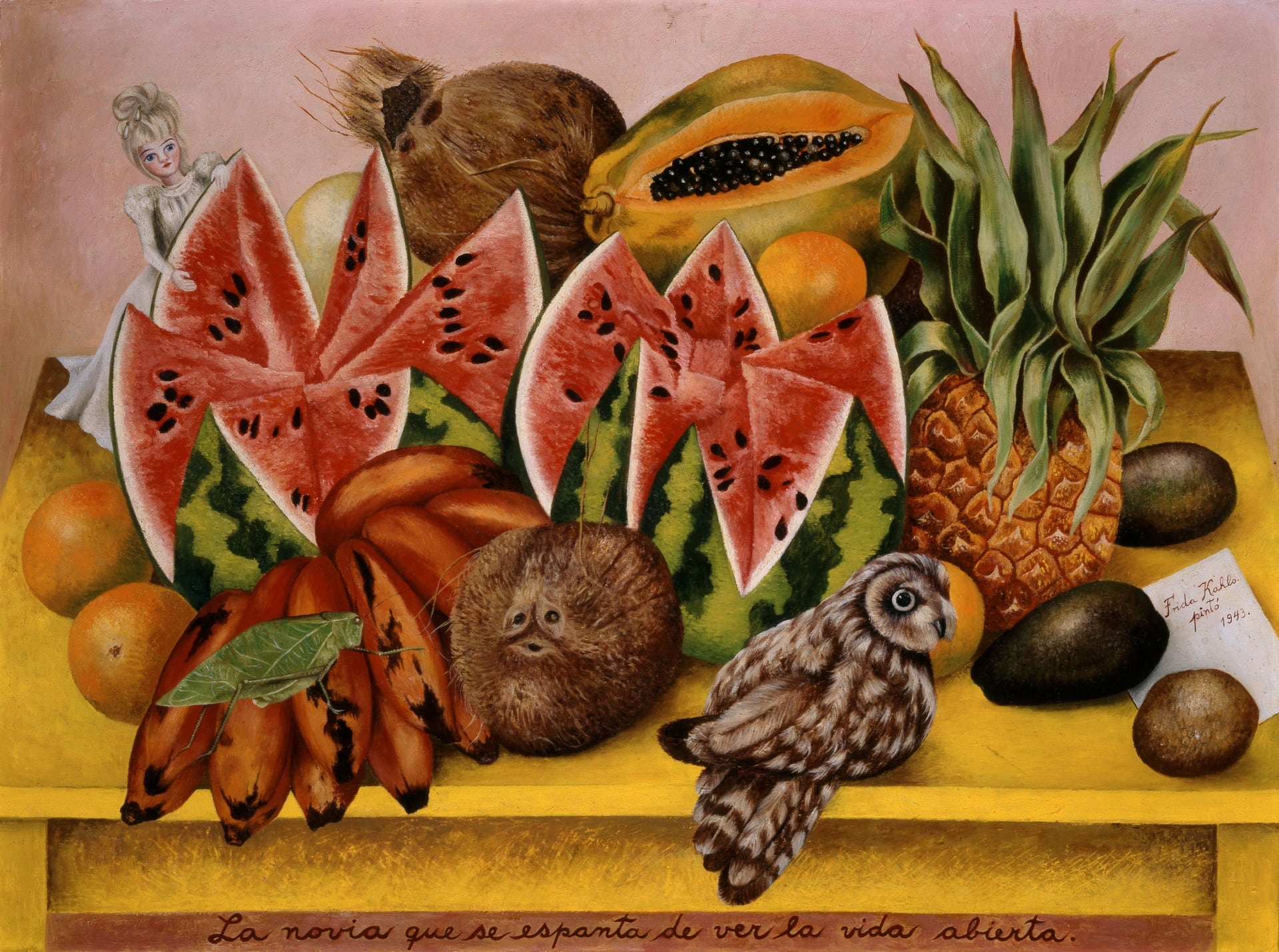 After the 1940s, the objective world in Frida Kahlo's early oil paintings gave way to a world of design stemming from imagination. What was decisive for Kahlo here was that the patterns could be drawn with a small number of tools. The patterns were more spontaneous and direct than the elaborate paintings. Frida could easily draw patterns with pencils and sepia paints on her bed. It would be appropriate to say that these ingenious patterns, with all their intricate and deep fantasies, took us to the world of distinctive forms not associated with Frida. Frida gently leaked her friends and relatives, sometimes even her own portraits, so that the patterns were recognized from time to time. 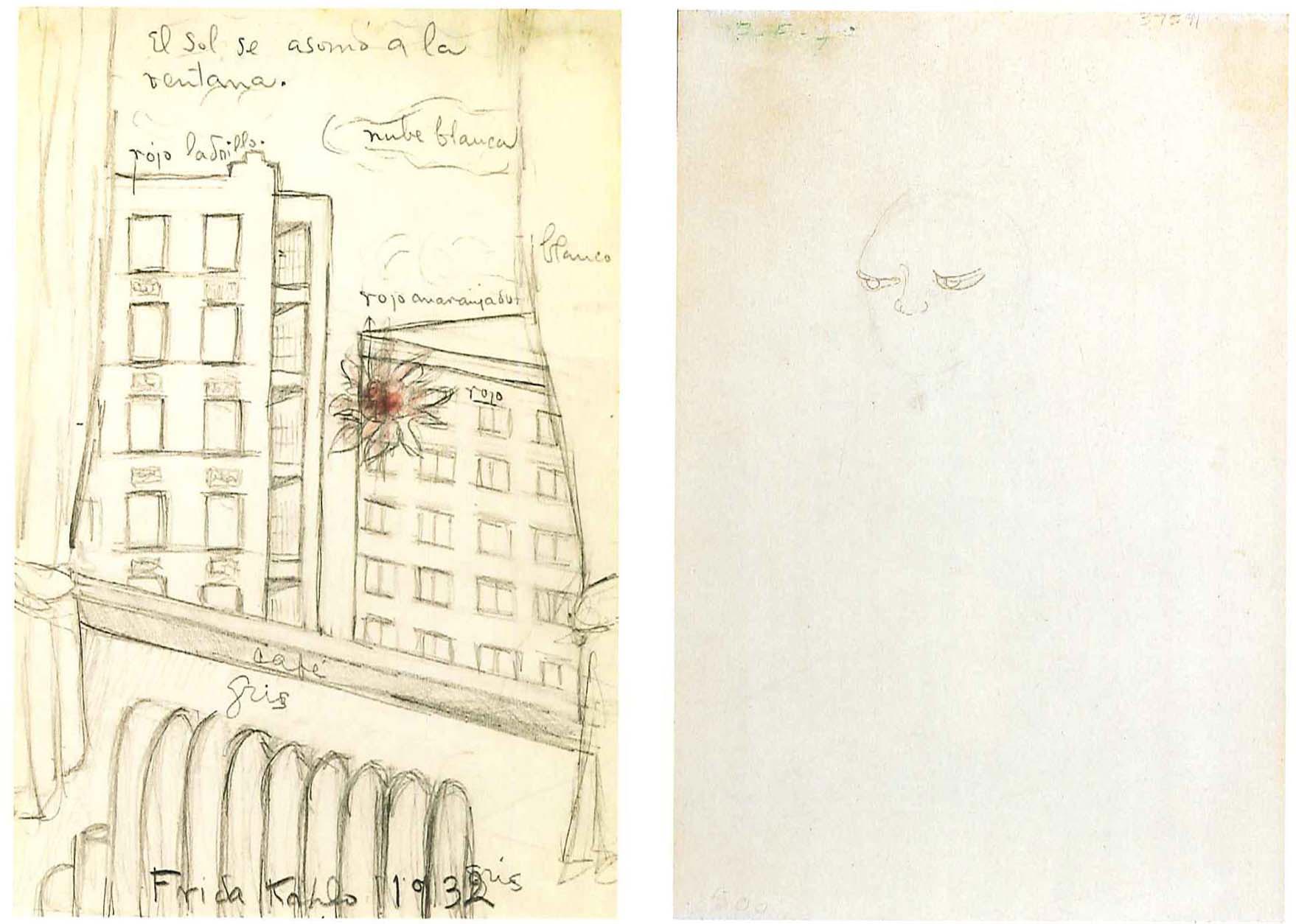 Frida died at the age of 47, in 1954, after more than twenty surgeries, many miscarriages and abortions. After her death, which came quite early compared to many artists, the house where she was born, raised and died was turned into a museum. Though it's been years since Kahlo passed away, she still continues to inspire artists and even fashion designers with the nearly 140 paintings she left behind and her gripe-to-life story. 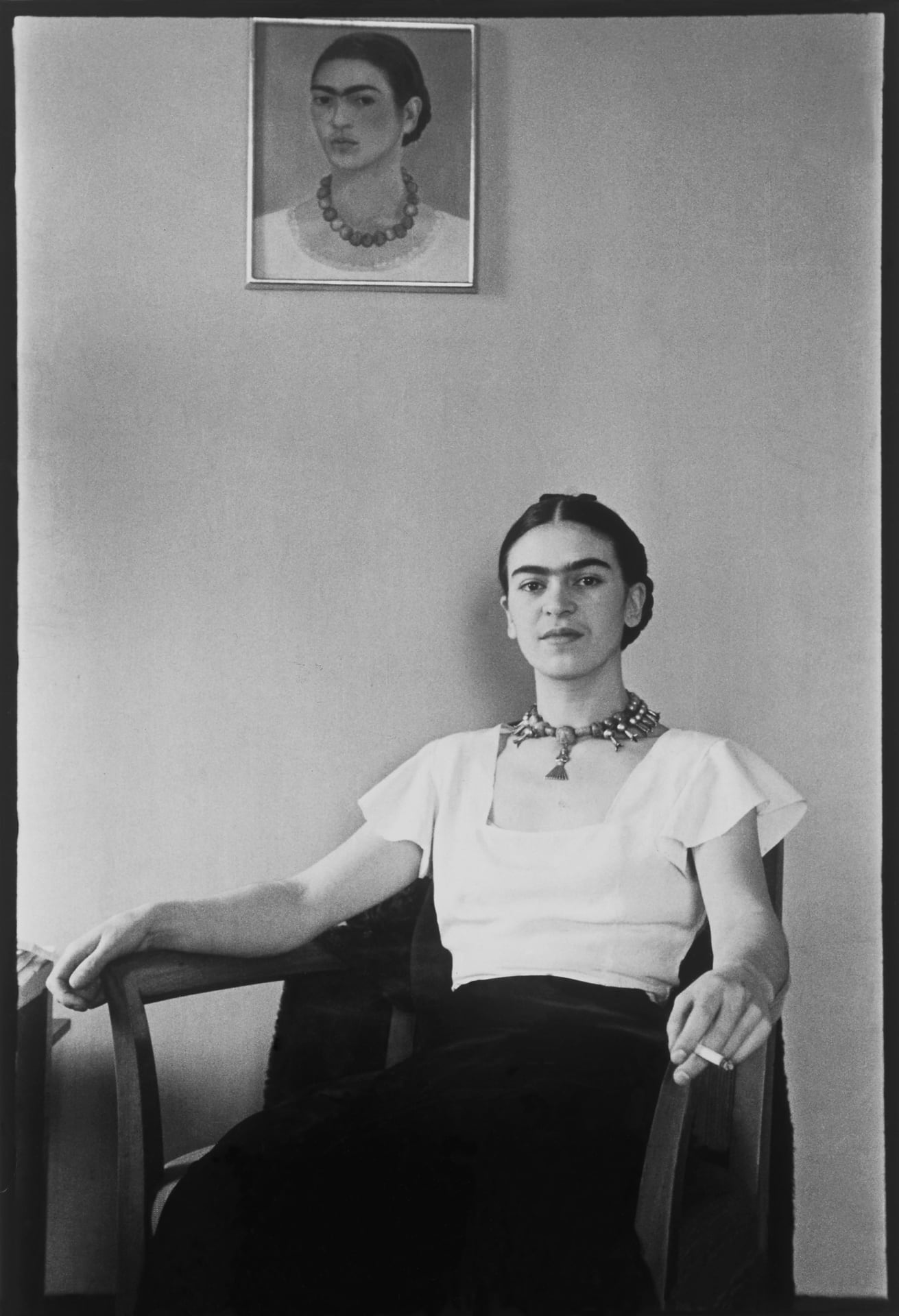 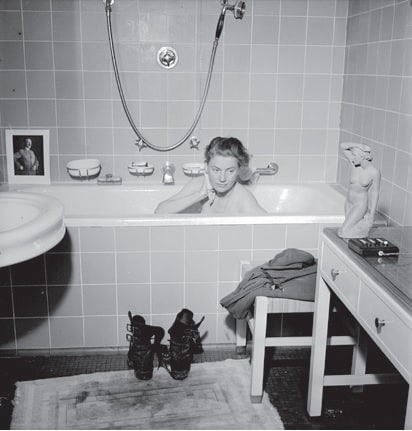