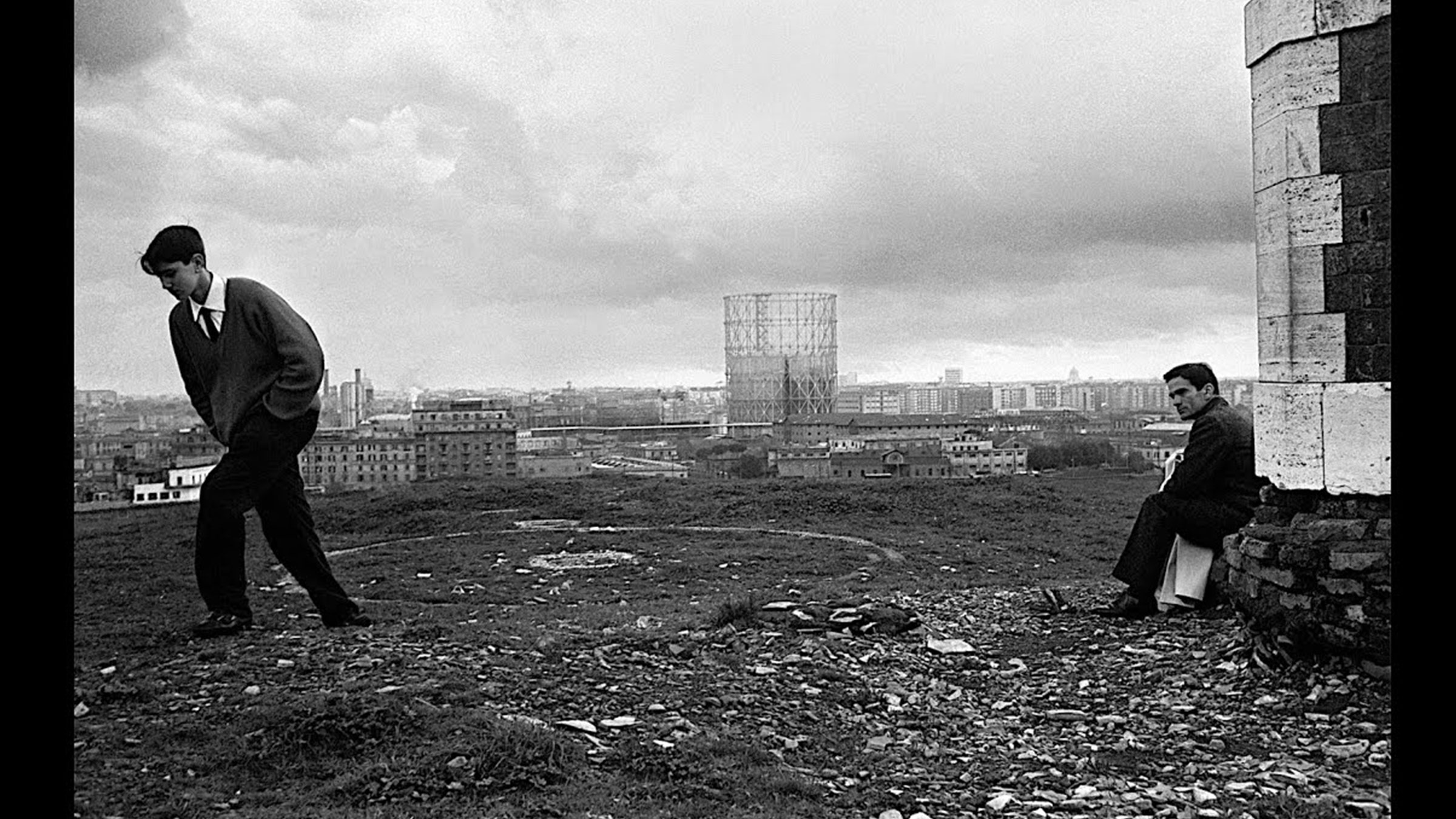 The Paper Flower Sequence, from the anthology film Love and Anger, “[Pasolini’s film] is a reference to the Gospel parable called ‘The Barren Fig Tree,’ where Christ strikes down a fig tree because it isn’t bearing fruit in March, although it could hardly hav e known better. In the episode, Ninetto is shown happily walking down the via Nazionale in Rome, while in superimposition there are images of various things going on in the world, such as the bombing of Vietnam, of which the man remains blissfully ignorant and unaware.”