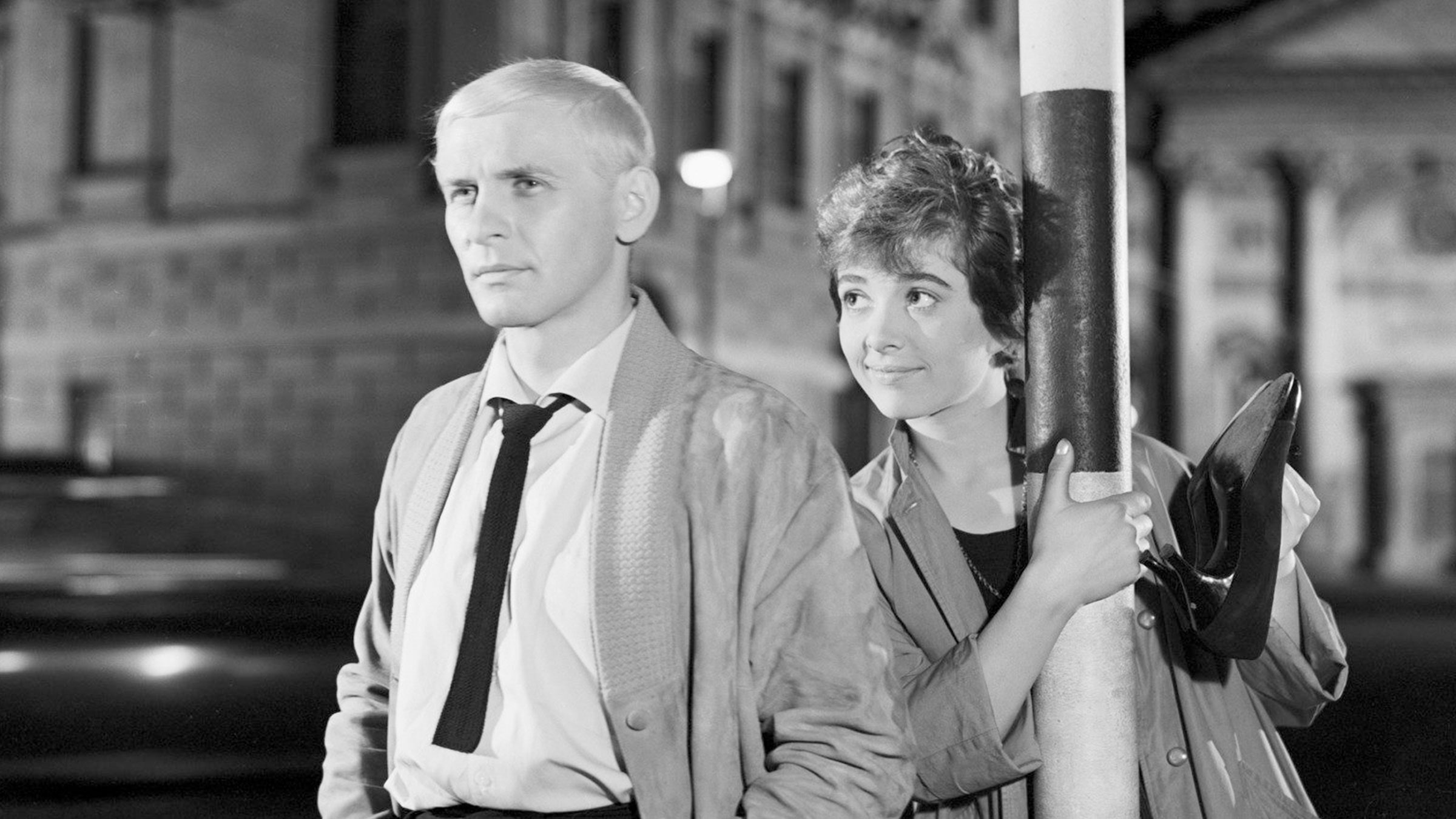 Working with a screenplay by Jerzy Andrzejewski (Ashes and Diamonds) and a very young Jerzy Skolimowski (who appears as a boxer in the film), Wajda chronicles a soft bohemia made up of motor scooters, easy flirtations and jazz enjoyed by a group of Warsaw 20-somethings. Bazyli (Tadeusz Lomnicki), a recent graduate from medical school, is more dedicated to playing drums than to pursuing his profession. Fellow hipster Edmund (Zbigniew Cybulski) asks Bazyli’s help in attracting the attention of a beautiful young woman, but it’s Bazyli who winds up walking her to the train station, after the last train has already departed…Innocent Sorcerers brilliantly captures the post-Stalin thaw that had begun to sweep through the Eastern bloc countries by the late ’50s while meditating on the pleasures and terror that freedom can bring.