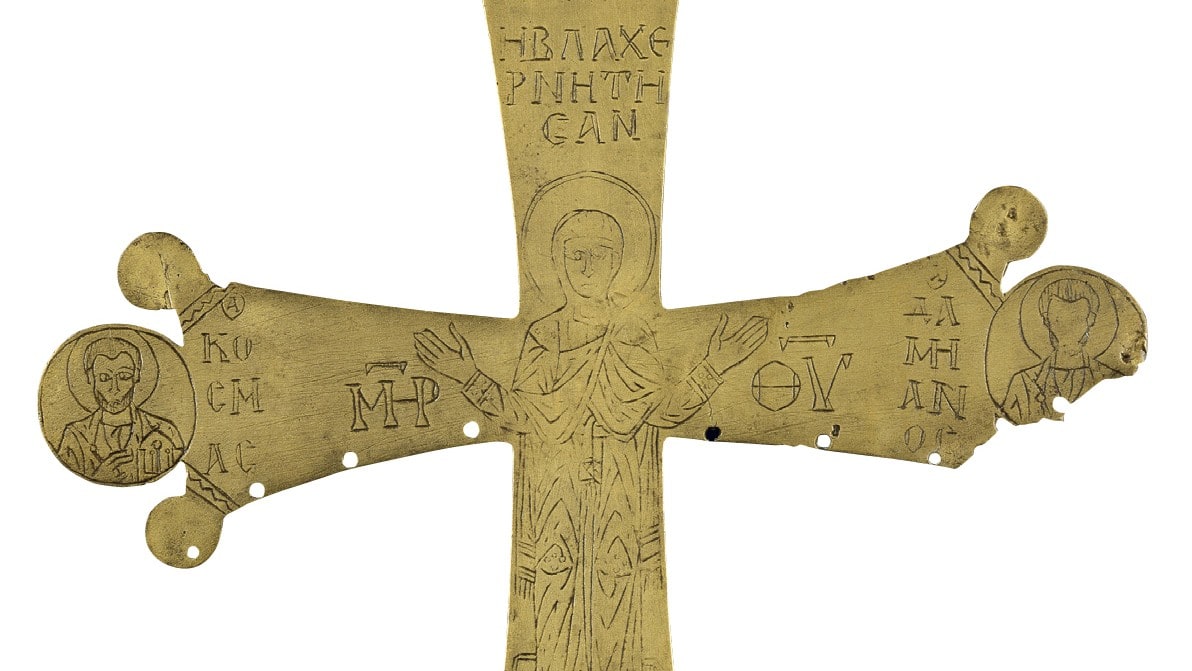 The shrines that created the glory of Constantinople through their lavish beauty were also repositories of precious relics and thus sources of healing. Early on, the city was placed under the protection of the Virgin, who sanctified the waters of numerous springs there. In addition to such all-encompassing healing places as the shrine of the physician saints Kosmas and Damian near Eyüp, there were also specialized shrines, like St. Artemios, for curing male diseases, and St. Anastasia, for mental illness. 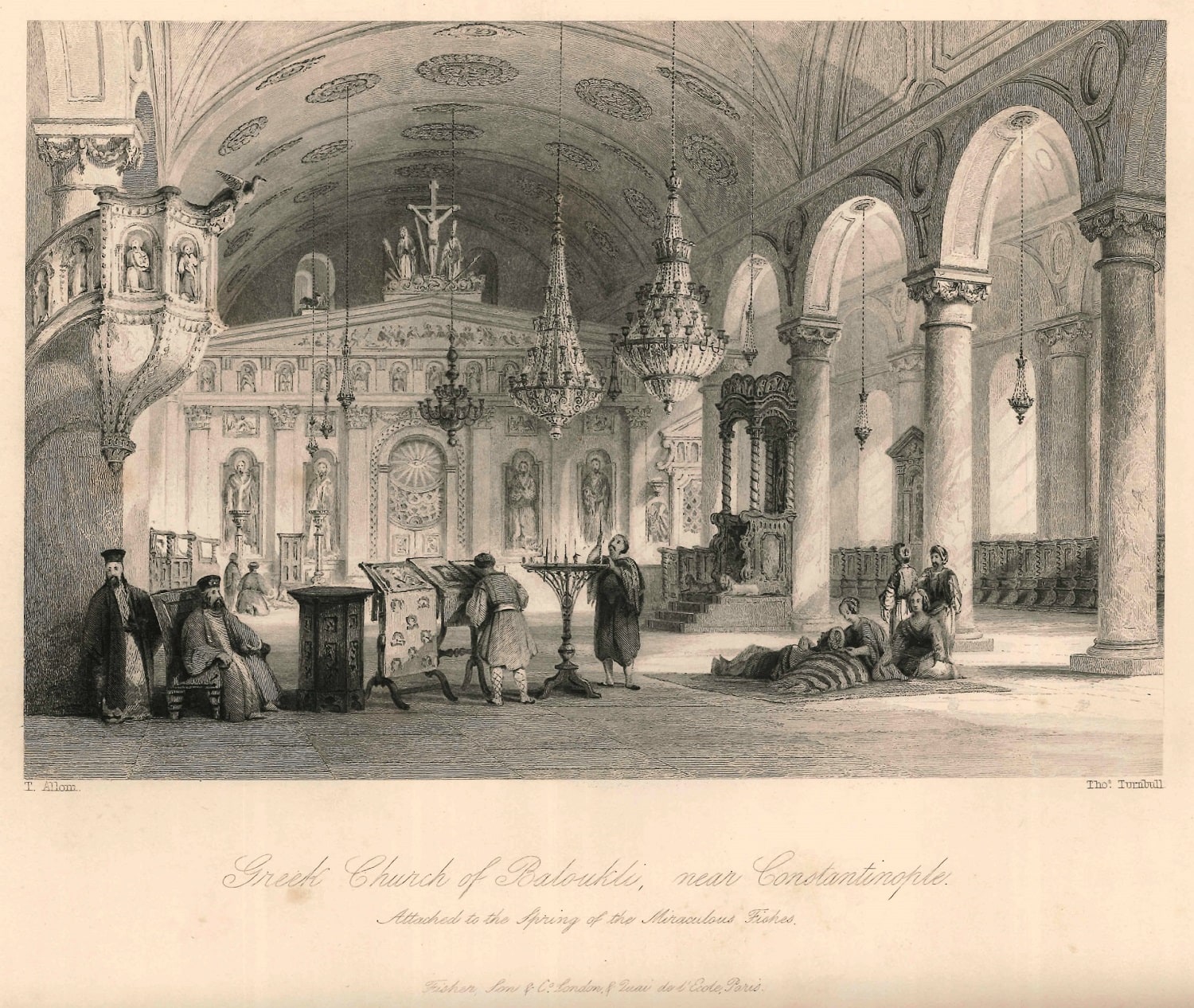 Church of the Zoodochos Pege in Constantinople with the Sick Lying on a Mattress. London, 19th century. Steel Engraving, Private Collection.

Fear of pain, the surgical knife, hemorrhage, and infection led many among the faithful to turn to the saints, whose healing interventions were painless, immediate, and free of charge. Expressions of thanksgiving after miraculous cures contributed to shrines’ wealth and fame. Oftentimes, the imperial couple influenced devotional practices at healing shrines, as did Leo VI and Zoe, whose son Constantine VII Porphyrogennetos (b. 905) was born after the intervention of the Virgin of Pege.