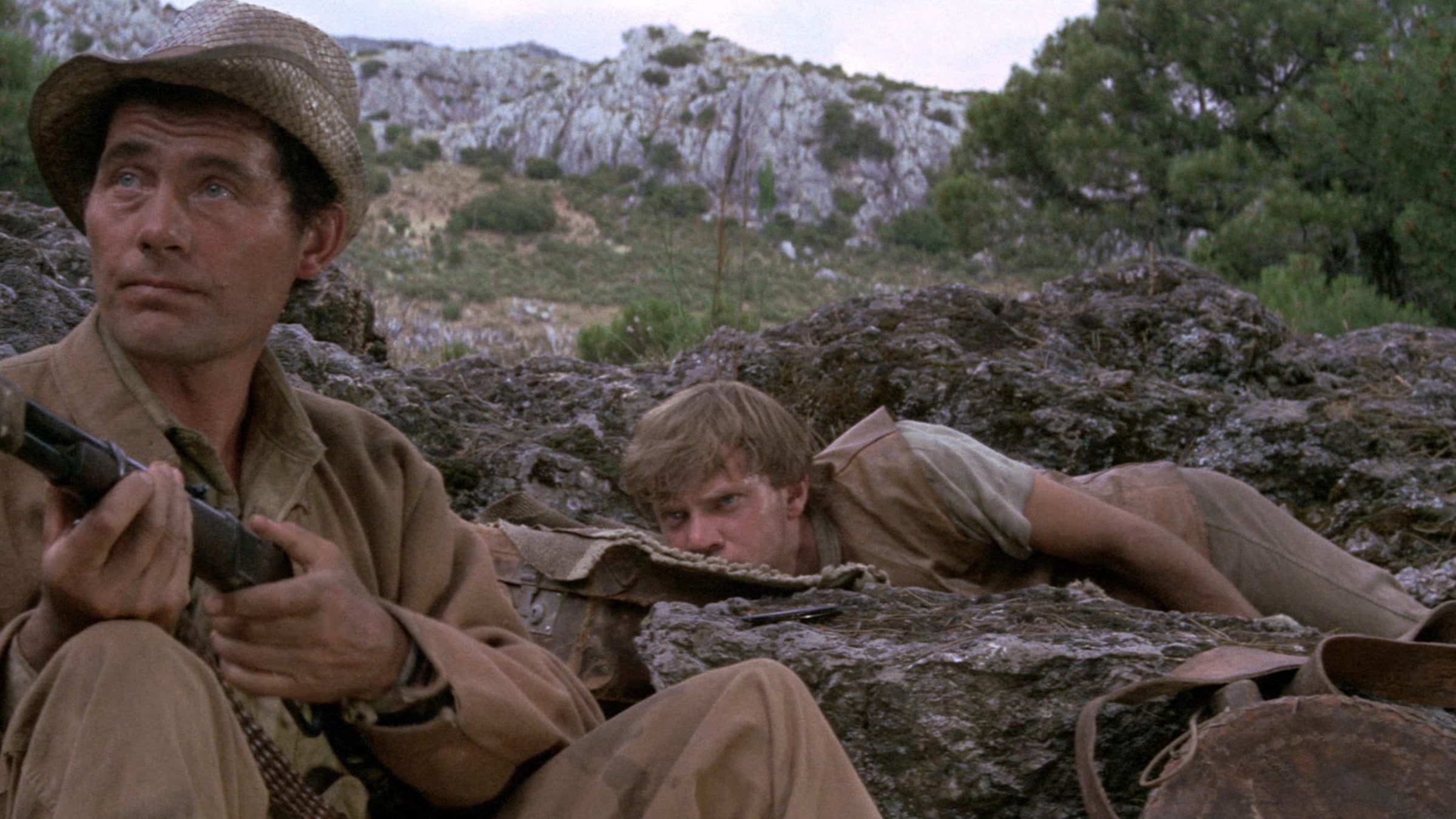 Two fugitives on the run and a helicopter on their tail... Whether because it is disguised as a cheap action/thriller or director Losey’s dedicated effort of revealing less, Figures in a Landscape has always been an overlooked work in the filmography of the master director. Whereas, in a 1971 article in the New York Times, film critic Vincent Canby wrote that Losey was “pursuing his own metaphysical concerns as in his films The Servant and The Accident.” For Losey, the film’s plot was a perfect allegory for tracing the race of survival between the hunter and the prey which is at the heart of nature. The name of the characters, the place, or details were insignificant. Figures in a Landscape is one of the stylistically most experimental and liberated works in Losey’s filmography.