Next
We all know from our personal experience that we can be ourselves only in and through our world and there is a sense in which 'our' world will die with us although 'the' world will go on without us.
R. D. Laing

Pera Film’s The Divided Self program presented in conjunction with the exhibition Look At Me! Portraits and Other Fictions from the ”la Caixa” Contemporary Art Collection takes its title from R. D. Laing’s 1960 seminal book The Divided Self: An Existential Study in Sanity and Madness. Ronald David Laing, a Scottish psychiatrist, wrote extensively on mental illness – in particular, the subjective experience of psychosis. Laing's views on the causes and treatment of serious mental dysfunction, greatly influenced by existential philosophy, ran counter to the psychiatric orthodoxy of the day by taking the expressed feelings of the individual patient or client as valid descriptions of lived experience rather than simply as symptoms of some separate or underlying disorder. As the exhibition Look At Me! delves deep into the form of the portrait through identity, representation and convention, Pera Film’s The Divided Self proposes a similar reflection through the subject of psychiatry in the moving image. The selection highlights the work and life of Laing through striking documentaries and video works such asAsylum, Did You Used to be R.D. Laing?, Family Life and Reading Film from ‘Knots’ by R.D.Laing. In this frame work, the program includes Scottish filmmaker Lynne Ramsay’s Morvern Callar adapted from Alan Warner's 1995 novel about a young woman from a small town in Western Scotland who hopes to use her boyfriend's sudden suicide as her springboard to freedom. Ramsay’s We Need to Talk About Kevin, on the other hand was a study of the fraught and complex relationship between a mother and her son, who grows up to become a multiple murderer. The Divided Self program also salutes recent cinematic journeys, which explore identity, individualism and the ego such as Nicolas Winding Refn’s Neon Demon, Eliza Hittman’s Beach Rats and Yorgos Lanthimos’s The Killing of a Sacred Deer. Laing eloquently puts it as “We are bemused and crazed creatures, strangers to our true selves, to one another, and to the spiritual and material world - mad, even, from an ideal standpoint we can glimpse but not adopt.”

As the exhibition Look At Me! delves deep into the form of the portrait through identity, representation and convention, Pera Film’s The Divided Self proposes a similar reflection through the subject of psychiatry in the moving image.

The exhibition Look At Me! Portraits and Other Fictions from the ”la Caixa” Contemporary Art Collection examined portraiture, one of the oldest artistic genres, through a significant number of works of our times. Paintings, photographs, sculptures and videos shaped a labyrinth of gazes that invite spectators to reflect themselves in the social mirror of portraits. 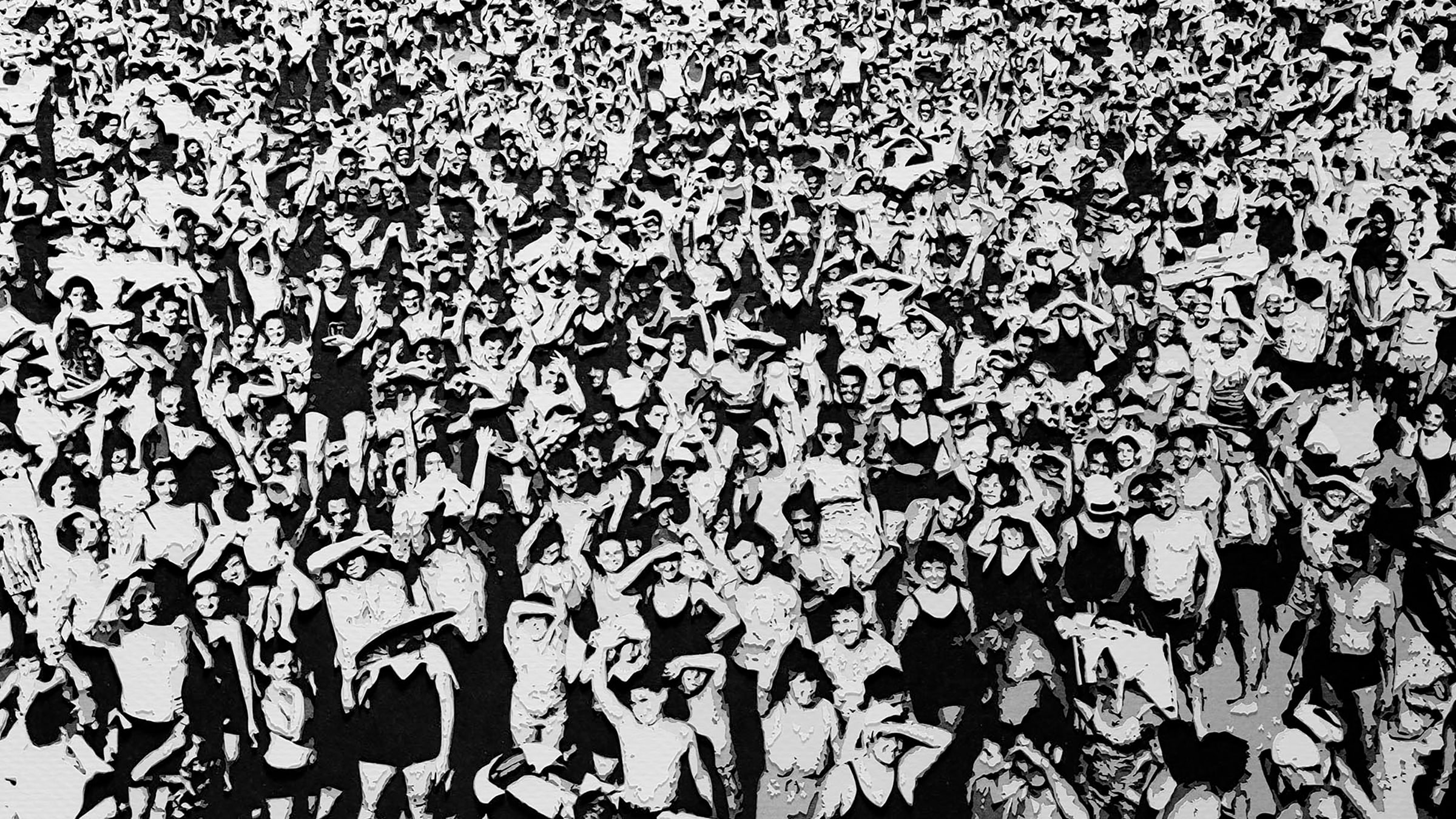