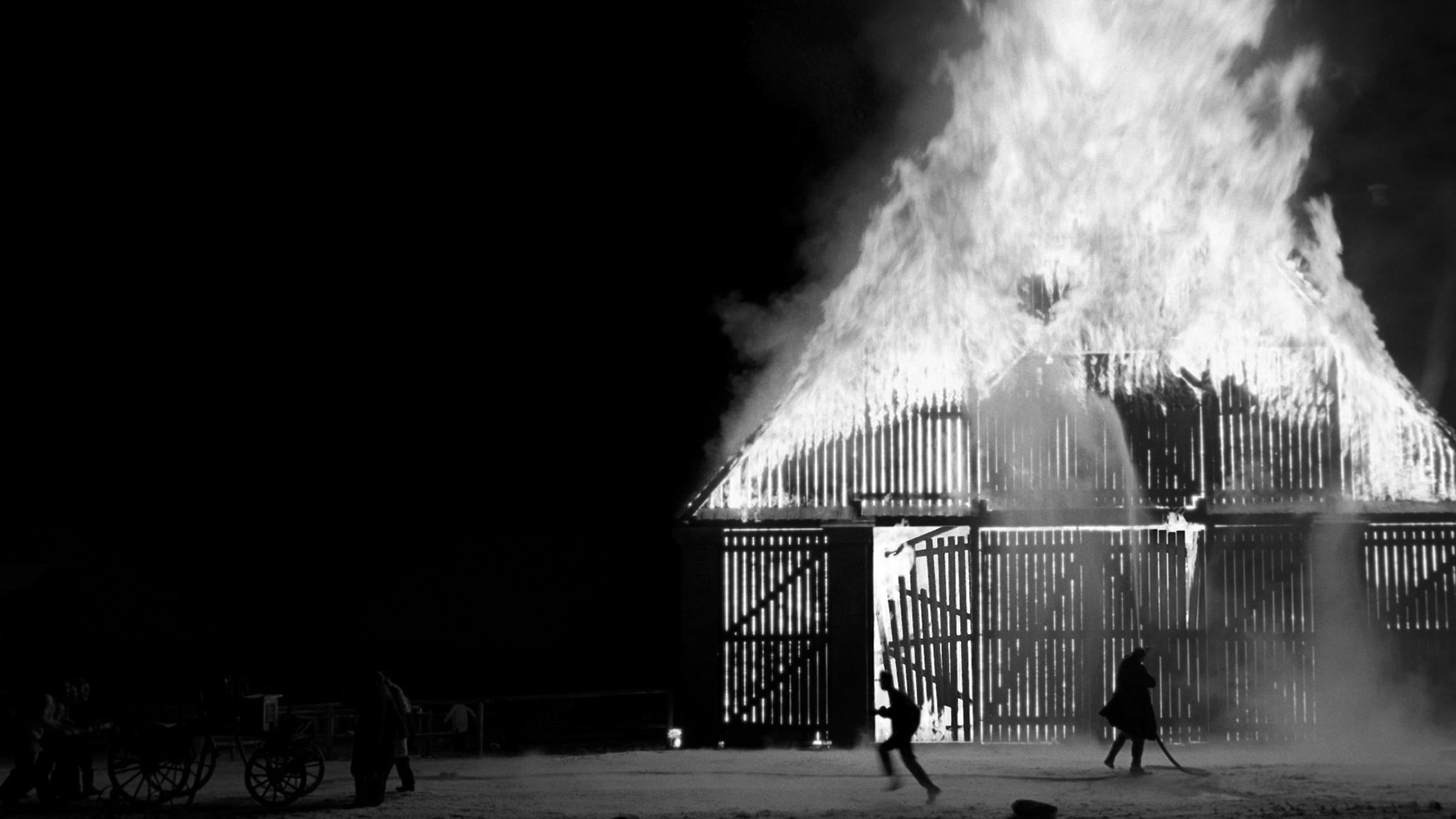 The White Ribbon describes the community of a small German village in the year immediately preceding World War I. This collective treats lone characters harshly. Punishment within families is gruesomely banal. People also, inexplicably, disappear. Through these calculations of invisible violence, collective silence and the uncomfortable question of culpability, Haneke examines a – dramatized – historical moment in which a long and complex ambivalence between Germans and their sense of national identity is rooted.