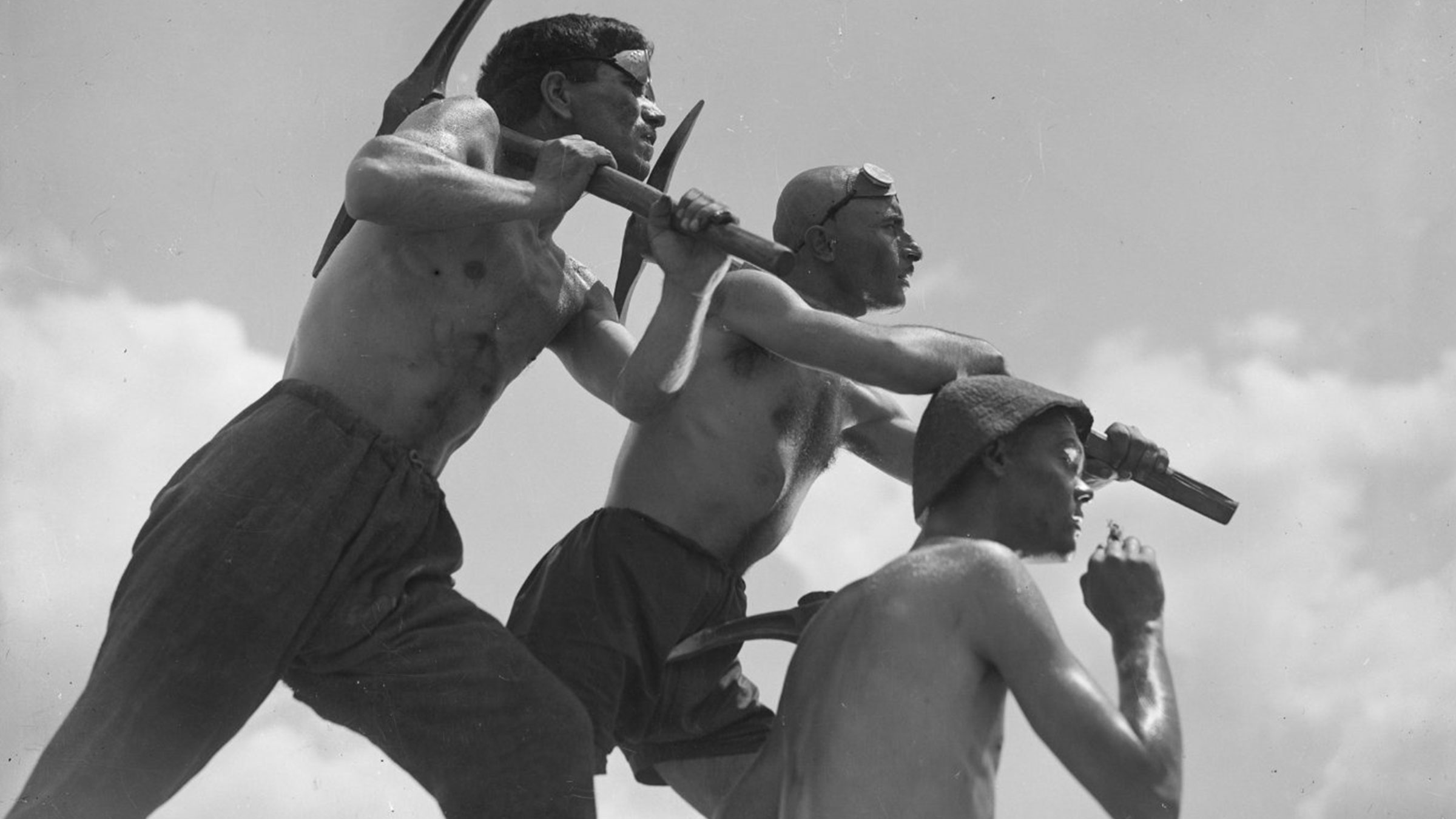 Kalatozov's debut film places him alongside the great Soviet directors, in particular Dovzhenko for the poetic treatment of man in nature. But Kalatozov is harsh where Dovzhenko is lyrical, and Salt for Svanetia has more frequently been compared with Buñuel's Land without Bread of 1932. As in Buñuel, the subject matter itself is surreal: people, faced with medieval conditions in modern times, themselves remain ‘medieval.’ The film is a haunting portrait of the difficult life in a village in the Caucasus cut off by snows from the outside world for most of the year. Defensive architecture left over from the Crusades, and patriarchal rituals that favor men and death over women and birth, seem to be an extension of a barrenness (in particular, the lack of salt) that weakens the life drive. Kalatozov uses the poetry of repetition and juxtaposition, distance and extreme close-up, and mad rhythms.