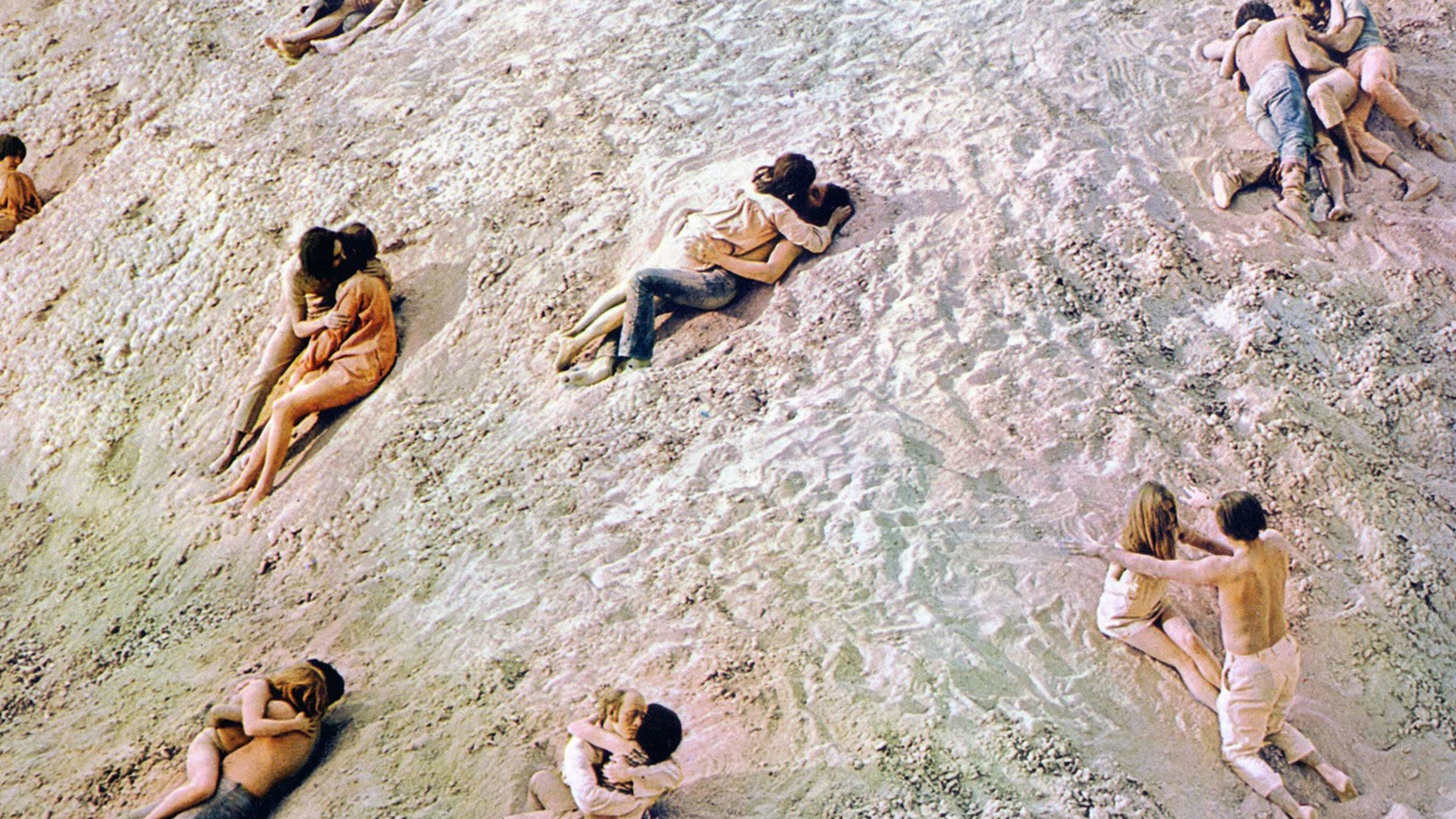 The opening half-verité footage of a student activist meeting sets the tone and themes of Antonioni's meandering portrait of 60s America, a painterly magazine spread of the anti-establishment that at times alternates between abstract urban montage and humane illustration of iconic Americana. Encased within his glossy, seductive cinematography are abrasive scenes of police brutality, overt racism, oblivious consumerism, capitalistic violence and the ubiquitous drone of the Vietnam death toll. Non-professional leads Mark Frechette and Daria Halprin became involved both on and off screen as respective symbols of Activism and Pacifism, illustrating the persistent tensions within the counter culture's own psyche. A notorious financial disaster for MGM that received brutally negative reviews and momentarily set Antonioni in the FBI's crosshairs, Zabriskie Point – like its uninhibited protagonists – plays with the existential depths despite its reflective surface, its horror and beauty climaxes in the film's stunning psychedelic ending – a cathartic summary of the USA with all of its conveniences and contradictions.