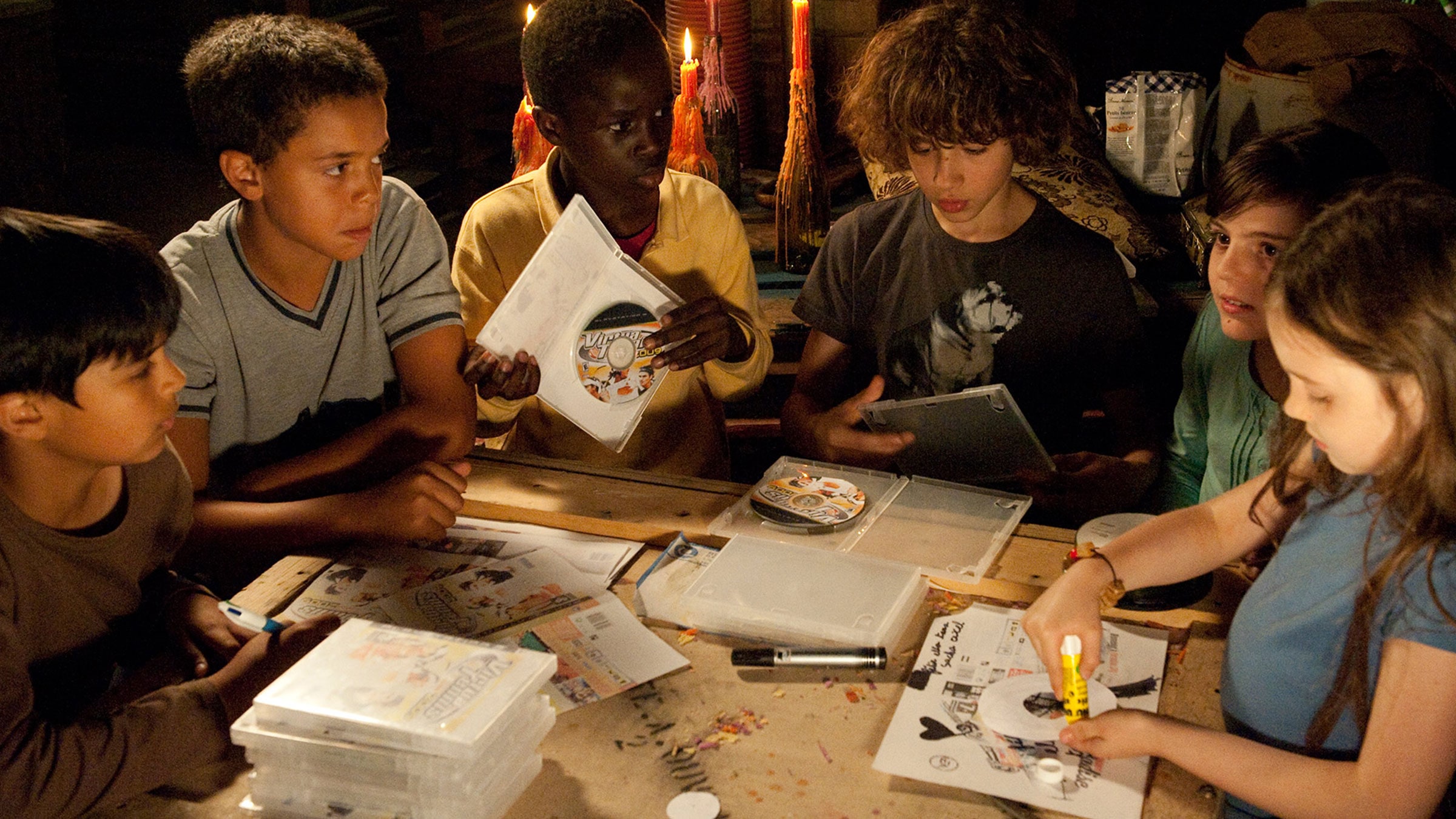 A band of youngsters join forces to protect one of their own in this comedy-drama from writer and director Romain Goupil. Milana is a ten-year-old girl who calls Paris home. However, she and her mother are Chechen exiles living in Franceas immigrants, and though Milana barely remembers living anywhere else. Once another family of immigrants living nearby are discovered by the authorities, Milana feels in danger. One of Milana's best friends, Blaise, doesn't want to see her deported, so he persuades his mother to take her in and as part of their family. Before long, Milana's classmates and the other kids in Blaise's building are in on the plan, and protecting Milana from the immigration police. Les Mains en l'Air (aka Hands Up) was an official selection at the 2010 Cannes Film Festival.