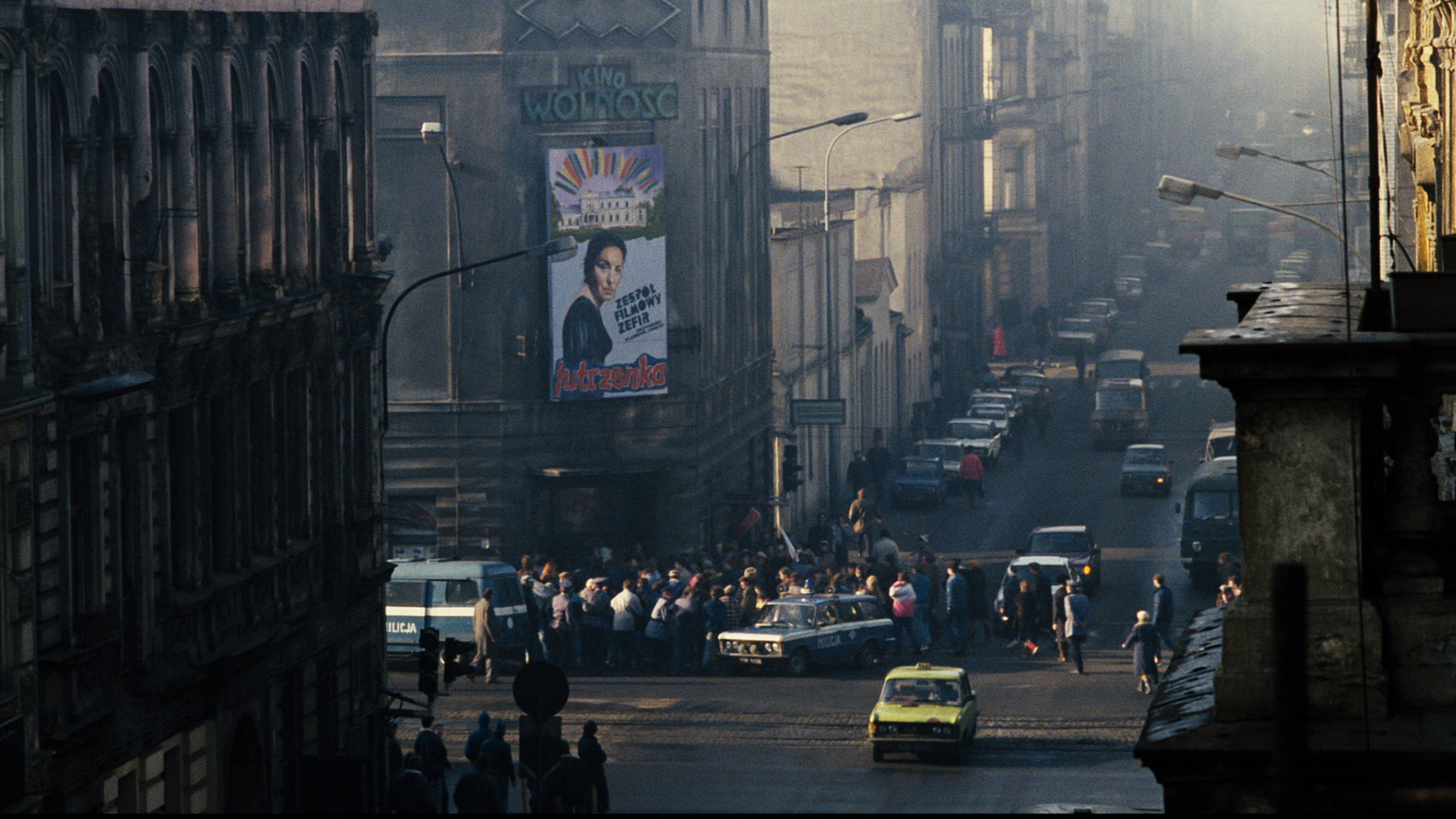 Adapted from Woody Allen’s The Purple Rose of Cairo to Poland’s late 80’s, when the communist regime is coming to an end, this film tells the story of a provincial film critic and his struggle with a rebelling group of actors. During the screening of the film Daybreak in the “Liberty” cinema, the actors on screen stage a strike, abandon their roles, and begin to assert their freedom, making demands to the audience. When the censor is unable to control the situation, senior party officials are called in. This film is one of the most original Polish films of the decade; a poetic satire about the end of an oppressive era but also a universal tale about humanity. It was screened at Un Certain Regard section of the 1991 Cannes Film Festival.