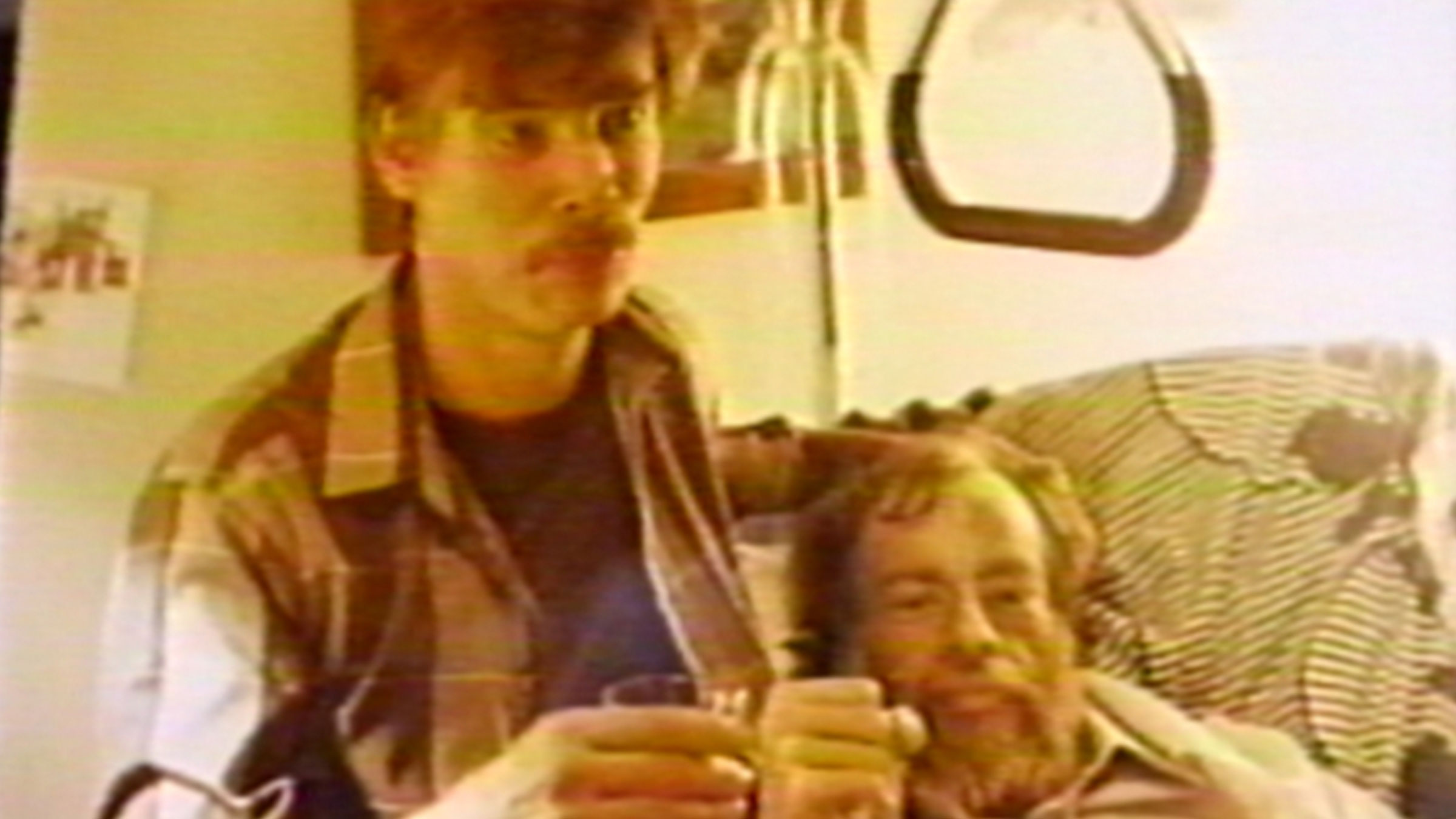 The four videos in this program engage the concept of “home video,” making use of consumer video technology and the aesthetics of the camcorder era to create works that explore the intersections of art, caretaking, family, and home. In The Thursday People, legendary film and videomaker George Kuchar elegizes, with characteristic candor and humor, his friend, lover, collaborator, and fellow underground cinema legend, filmmaker Curt McDowell. In the weeks after his death from AIDS-related illnesses, McDowell is recalled by friends and family at a weekly gathering, in what had been his Mission District home, called the “Soiree.” Charlie Ahearn offers his own intimate video portrait, documenting artist Martin Wong in his Lower East Side apartment. Ahearn provides a view of the artist “at home” — not only in his apartment and studio, but in the neighborhoods of the Lower East Side and Chinatown, which Wong rendered indelibly in his paintings. We Care was collectively produced by WAVE, a remarkable “video support group” sponsored by the Brooklyn AIDS Task Force and arts funding organizations. The video, which includes intimate conversations with caregivers and people living with AIDS, represents the result of six months of meetings among seven women exploring HIV/AIDS and video. A Place in the City: Three Stories of AIDS at Home examines how artists and activists have expanded the idea of caretaking, family, and housing while living with AIDS in the 21st century. As Catherine Saalfield writes, “The result is a rich grassroots effort which documents many challenges that AIDS present to care-givers and which rebukes many common myths about HIV/AIDS.” These works continue to resonate today whether by challenging still-held misconceptions of living with HIV/AIDS or offering a view of artmaking in a less gentrified New York and San Francisco.