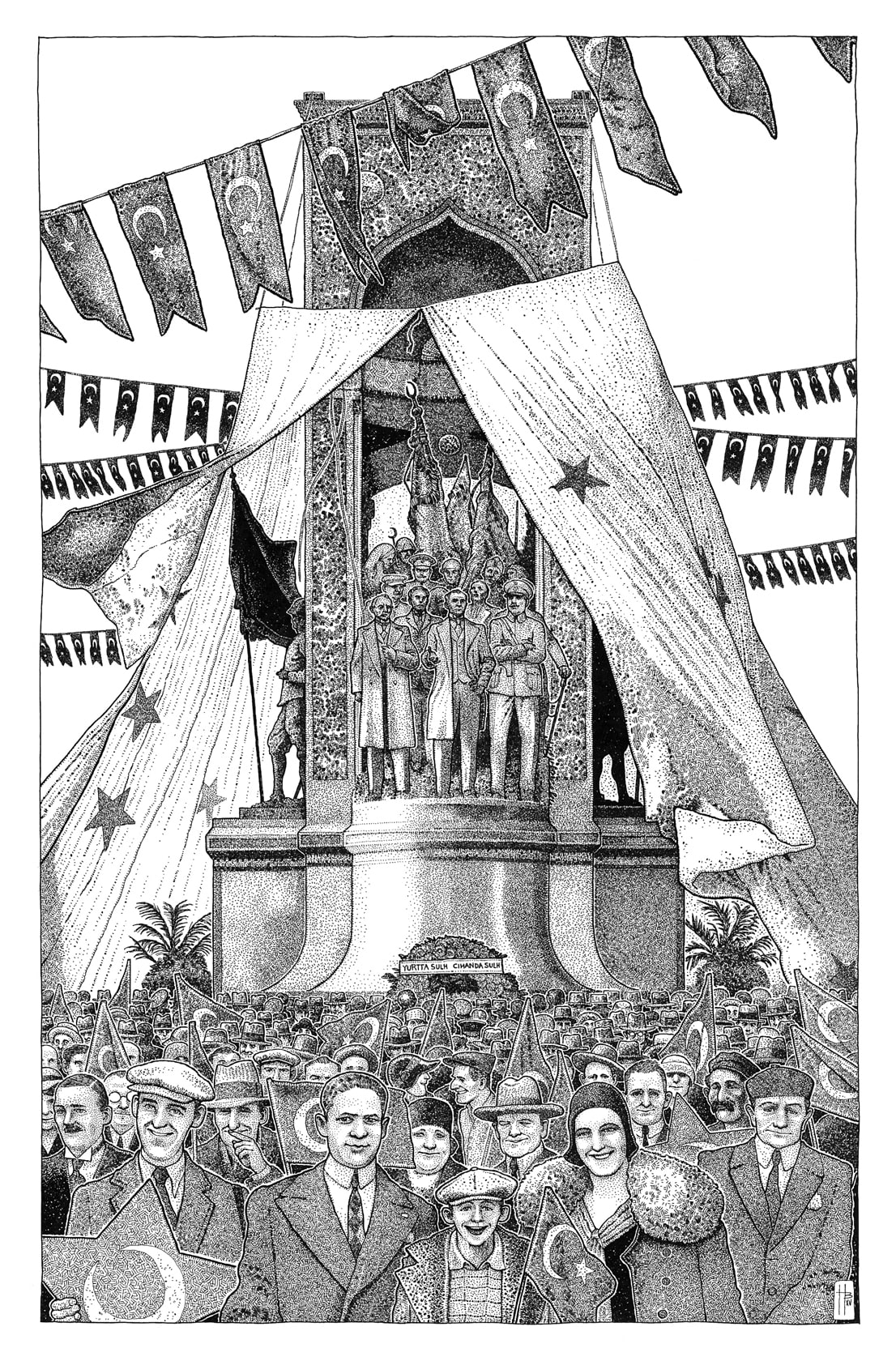 Celebrating its 10th anniversary this year, Pera Museum invites artist Benoît Hamet to reinterpret key pieces from its collections, casting a humorous eye over ‘historical’ events, both imagined and factual. Taksim achieved its ‘square’ character during the early Republic era. Undoubtedly, the most meaningful element of this transformation was, and still is, the Republic Monument, which was erected by the Italian sculptor Pietro Canonica in 1928.

Reflecting the First National-style with its Seljuq and classic Ottoman details, it features two main sculpture groups on its north and south sides. This time Hamet’s drawing makes a reference to a photograph taken by Salahaddin Giz, from Suna and İnan Kıraç Foundation Photography Collection. Hamet has depicted the crowd posing for photographer and the Republic Monument on the backgorund.