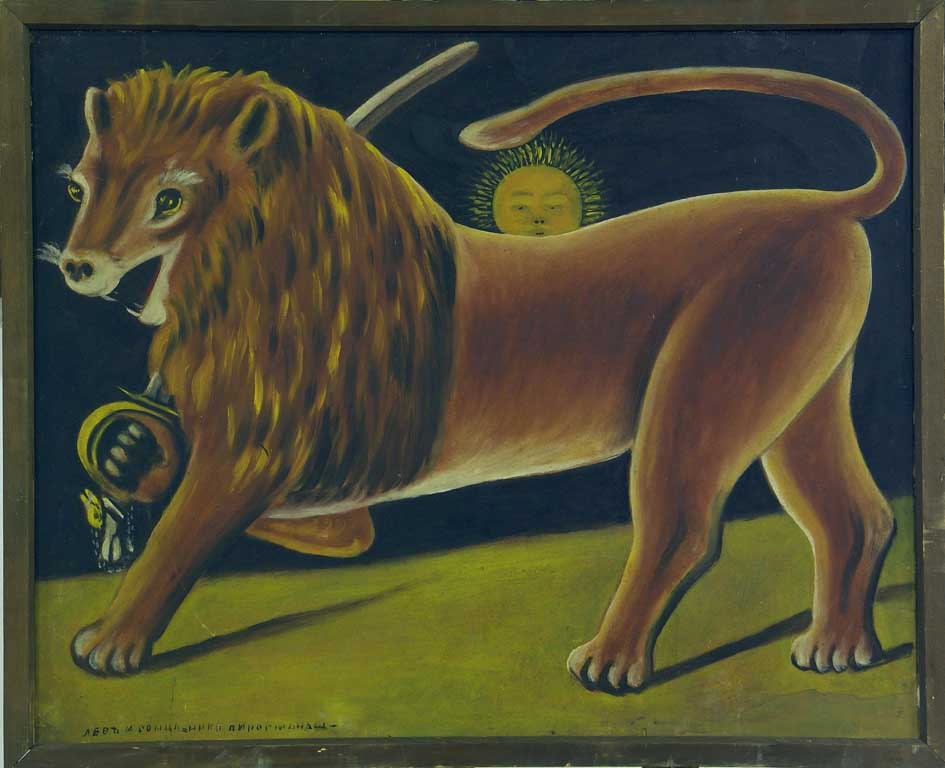 Niko Pirosmanashvili’s (Pirosmani) art is one of the most ingenious and significant parts of Georgian cultural heritage. Niko Pirosmani is endowed with a unique perception of the imagery, wholeness and synthesis of the world, encompassing the diversity of human beings, nature, animals and real objects. For him, life and art, art and human are inseparable; his mentality is captured by mythology. Pirosmani’s apprehension of the mythological world is naïve, straightforward and understandable. 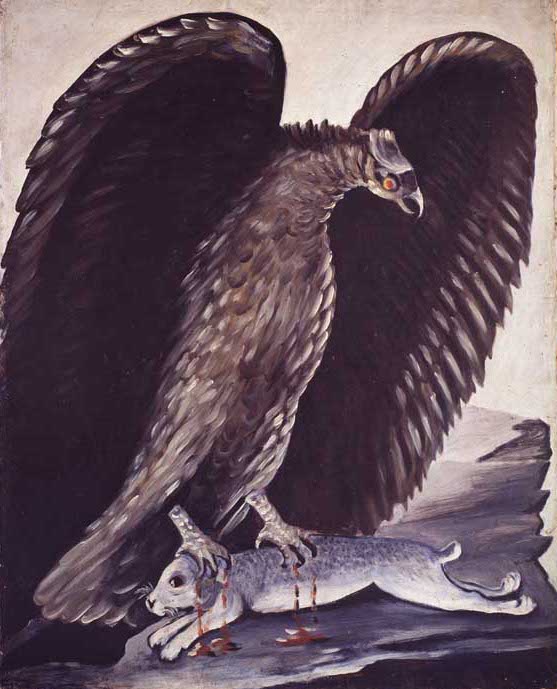 Pirosmani’s artistic world is not imaginary or fantastic but is a live reality consisting of living beings whose fates have been intimately and emotionally experienced. It stands apart from the empirical course of events and daily life, which has its individual dimensions and inner conformity.

In Pirosmani’s paintings, everything is sensual, tangible and visually compelling. Reality and objects acquire a new sense of life; they are subject to an exceptional idea of world perfection, synthesis and spirituality, which in turn implies the intuitive perception of the universe. This kind of “mythological abstraction” imparts them with an extraordinary, unique character. Humans, animals and objects imagined by Pirosmani exist in the animated world, which constitutes the modus of their artistic perception and conveyance. The objects of Pirosmani’s artistic inspiration are the local people of old Tbilisi, the nature of his native village, people’s lives, historical characters and the animal world.

Niko Pirosmanashvili (1862-1918) was born to a peasant family in one of the regions of Georgia – Kakheti, in the village of Mirzaani. During his life, most of which he spent in Tbilisi, he never received any professional education. Art was the goal of his whole being, his life’s vocation. For mere subsistence, he occasionally worked in Tbilisi “dukhans” (tavern), or at the rail station. He did attempt to set up a business, but to no avail. The artist’s life was hard and tragic. He often made his living by drawing signboards and paintings for dukhan, pub and workshop owners in exchange for bread, wine and paint. The artist was homeless and lonely. Whenever he could afford it, he would rent a small room in the basement or under the staircase. He would often spend the night where he worked. Scarce and randomly told stories portray the image of a man with deep spirituality and original mentality. He was aware that he stood out from the people of his world and that he possessed the unique self-assertion of a creator. He did consider himself an artist and his looks differed as well: he dressed in a “European” style, he wore suits or sometimes jackets and a wide-brimmed, soft felt hat. Pirosmani, as an artist, was first discovered in 1912 by Ilya Zdanevich (Ilyazd), a poet and an active representative of Georgian, Russian and European avant-garde, his brother artist Kiril Zdanevich, and the artist Michael Le Dantiu. At the avant-garde exhibition “Mishen” (Target) held in Moscow in 1913, Ilya Zdanevich presented Pirosmani’s works to the public for the first time and began promoting the artist through different publications thereafter. He also arranged an exhibition for Pirosmani in his art studio in 1916. Interest towards Pirosmani grew considerably. He was invited to the meeting of “Georgian Artists’ Society” in 1916. Pirosmani’s photo and a reproduction of his painting were published in the newspaper “Tsnobis Purtseli” (“Messenger”). Pirosmani was being recognized by Georgian artists and the broad public. Shortly after, for some curious reason that still remains unsolved, the same newspaper published the artist’s caricature. This had a fatal impact on the artist’s life – Pirosmani’s inner and physical state worsened. From time to time, the admirers of his art paid him visits to offer help. In 1916, young artists Lado Gudiashvili, Davit Kakabadze, Mikhail Chiaureli (the future film director) visited him. He was last seen by Lado Gudiashvili in 1917. Pirosmani passed away in loneliness and obscurity in 1918. Even the location of his grave remains unknown. As it usually is the case, after his death, the artist’s works were collected and bought, references about his life were sought, and publications started to flood the newspapers. Pirosmani’s name and his works were famed and appreciated worldwide. 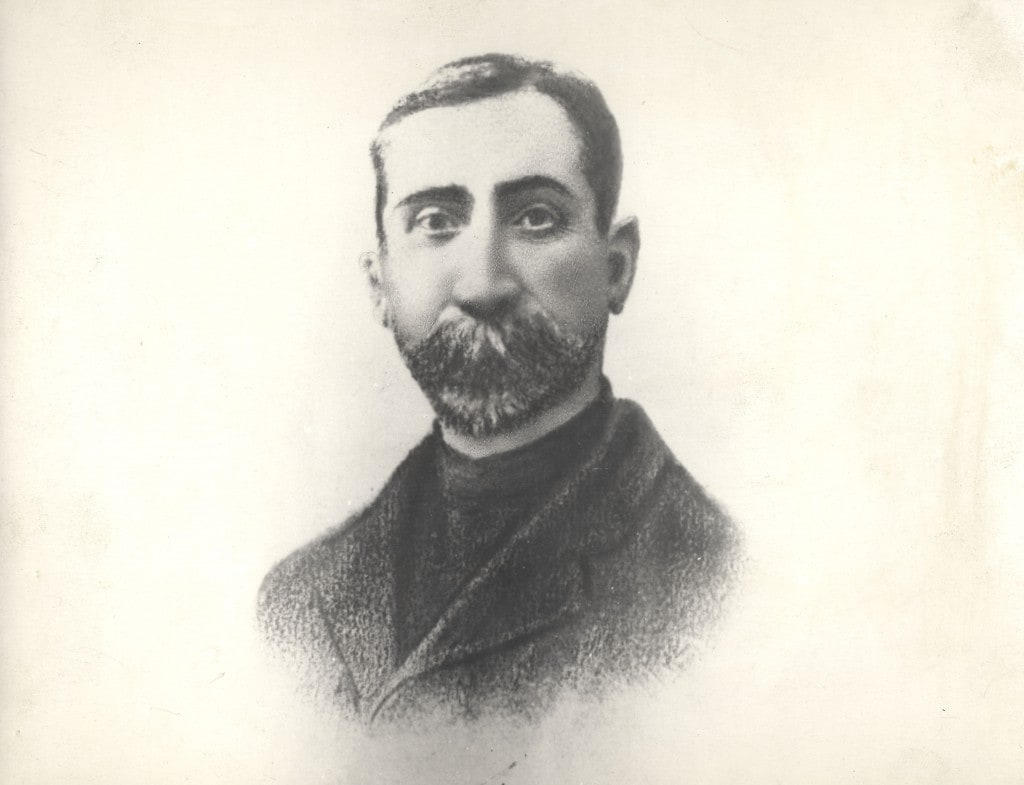 The discovery of Pirosmani’s art arrived at a very opportune moment with respect to problems in the universal development of art in those years. As independent from professional art traditions, his works responded to the trends and aesthetic taste of the epoch.

At the turn of the 20th century, the original art of Henri Rousseau -a self-trained “primitive” artist- was beginning to emerge in France. Avant garde artists, who were antagonistically disposed towards “Academic Art” (M. De Vlaminck, H. Matisse, G. Braque, P. Picasso and others), viewed Henri Rousseau’s art as a bridge across the distant past and present. In the first decade of the 20th century, naïve art became a trend in Russian and Georgian culture. Pirosmani was indeed “a miraculous discovery” for Russian neo-primitivists (M. Larionov, N. Goncharova, A. Shevchenko, M. Le Dantiu, V. Chekrigin and others). For them, the artist’s paintings served an example of a highly artistic expression of the concept of primitive art.

In the history of Georgia, this period is marked by a particularly keen interest towards the past of the country; there was a great desire to create modern art based on the attempt to revive national cultural and artistic traditions, their rapprochement with European culture and art. For Georgian writers, poets and artists Pirosmani’s paintings were a sophisticated, artistic embodiment of this desirable synthesis.

The phenomenon of Georgian culture and art can be explained by the geographical juxtaposition of the country. Located at the crossroads of a large trade route between the East and the West, this Christian country in the heart of the civilized world has traditionally had common denominators with its neighboring oriental culture. At the same time, it had close contacts with Mediterranean world, Byzantium, and later with Europe.

Caucasian exotic life of old city, oriental tradition and a strong influence of European culture and art co-existed in Tbilisi during Pirosmani’s time. “Tiflis … in a sense is a double-faced Janus whose one face looks at Asia and the other at Europe” – once said an anonymous author. 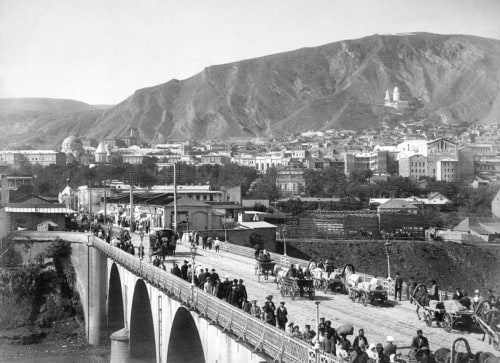 The concept of genesis in Pirosmani’s art has been put in a broader perspective: the link with the late Medieval Georgian church painting and sculpture, with the so called “Tiflis school” of portrayal art, and with monuments of memorial character – grave reliefs. Pirosmani, organically connected to the roots of Georgian culture and art, was a live bearer of the “cultural memory” of his country. Visual impressions from contemporary social life of the city, as well as specimens of photography featuring routine life and the visage of old Tbilisi were all crucially important to him.

Artistic traditions and the environment are indispensable and realistic factors for the development of creative work, yet in Pirosmani’s case, the artistic method and system of fine art technique was conditioned by his distinctive mythological perception of the real world.

The specificity of space interpretation in Pirosmani’s paintings can be explained by his outlook and is directly connected with peculiar features of the artistic image. While we can observe space planning in European art (e.g. Giotto), Pirosmani sets the object or the body in space. In the same manner of the old world, antique epoch and the so-called third culture art, he believes in the objectivity of a thing. In his art, the space is of applied character. This is the perspective of the object and not that of the space.

Such a resolution of space belongs to the sphere of unconscious creative intuition and individual artistic thinking, which was the result of Pirosmanashvili’s mythological cognition of the world.

In Pirosmani’s “Keipebi” (“The Feasts”) the emphasized frontal deployment of figures and their representational, sacral character exist beyond the time-implying insularity and serve for the creation of an archetypal character. In “multi figured” paintings, Pirosmani’s artistic mentality and style turns many scenes -sometimes independent from one another- into a single whole. In Pirosmani’s artistic world, the individual figure or groups of figures and depictive motives are self-sufficient. Together they constitute its diversity. Pirosmanashvili’s painting is a part of the universe, yet it is of an independent and complete artistic character.

Laconic composition and the sense of genuine monumentality never leave the artist and dictate what to feature in the painting and what to ignore. Monumental thinking is characteristic of Pirosmani.

The paintings speak for the great mastery of the artist. Most of them are performed on black oil-cloth which was Pirosmani’s own technological expertise. It is known that Pirosmani created his works in a short time; it only took him several hours or days to paint. He wrote rapidly and spontaneously. He consummately manipulated with the brush. The dynamism of form was achieved not by moving in space, but by the manner of painting, dynamics of form, sketchy moves. In Pirosmani’s works, the manner of painting and the character of the form in all cases serve the conveyance of constant, natural features with respect to the real world. 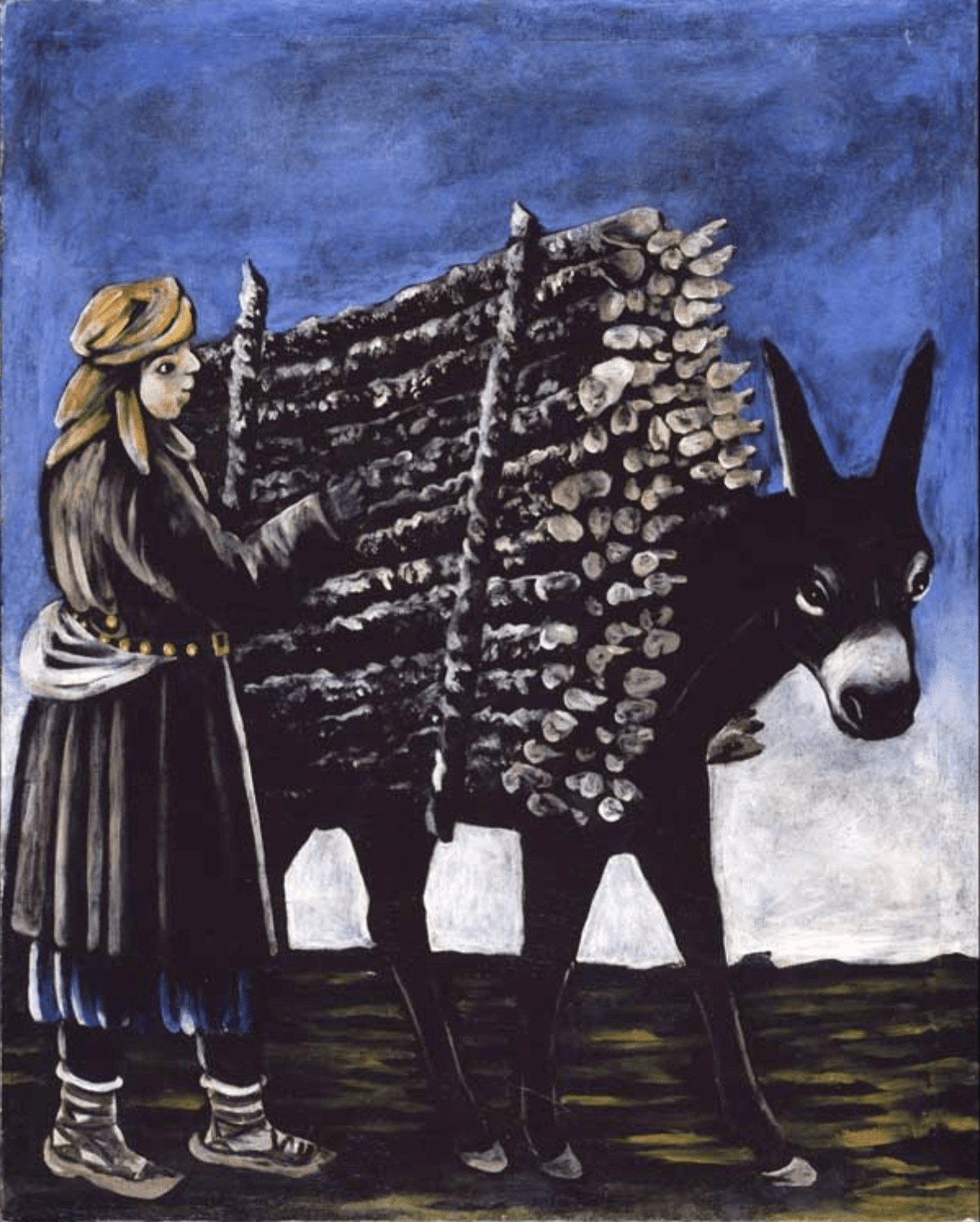 A certain clue to unveiling Pirosmani’s artistic conception is the inscriptions and names on the paintings, the meaningful connotation of which defines the artistic order of the painting. In each specific case, the common compositional structure, time, space interpretation, rhythm, manner of conveying the form and color expression directly respond to the defining role of the artistic image.

In “White Dukhan” (White Tavern), the content is connected with the emotional excitement of festivity, excessive feelings that find adequate formal resolution: dynamics of movement, horizontal format, the “sketchy character” of the form, free, grotesque deformation.

In “A Girl with Air Balloon” the figure -set in a representational manner- features the general character of the image. The pictorial performance of the painting, especially of details, creates the feeling of lightness and motion.

In the artist’s imagination, “Actress Margarita” is a scenic image. A representational, static posture of the woman’s figure with a bouquet of flowers in her hand features her in a professional disposition. The background comprised of nature, flowers and birds, as well as free, emotional manner of performance act as a metaphor for the beautiful spiritual world of actress Margarita.

Pirosmani’s art is an artistic form of creating a relationship with its viewers and people that are inseparable from his life and his reality.

Today, Pirosmani is known worldwide. His name has long reached beyond the boundaries of his native country. If the “sensational discovery” of Pirosmani was stipulated by the commonly existing problems of art in those times, the increasing interest towards this self-educated artist, in the same manner reserved for other old masters, proves the eternal value of Pirosmani’s art.

This article is written by Irina Arsenishvili for Pera Museum’s Pirosmani A Legend in “Naïve” Art exhibition catalogue. Click here to find out more about the exhibition and to take a look at the catalogue. 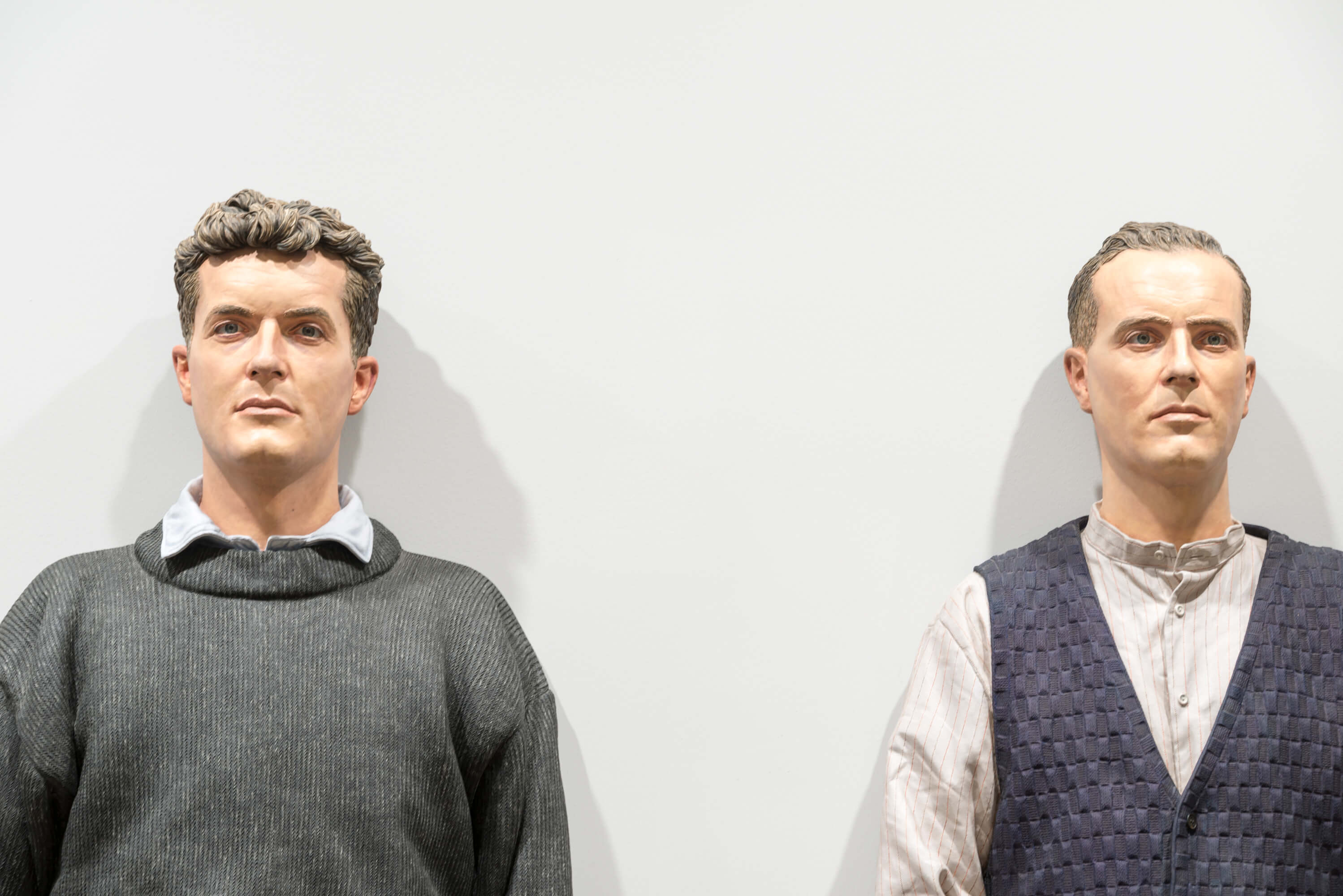 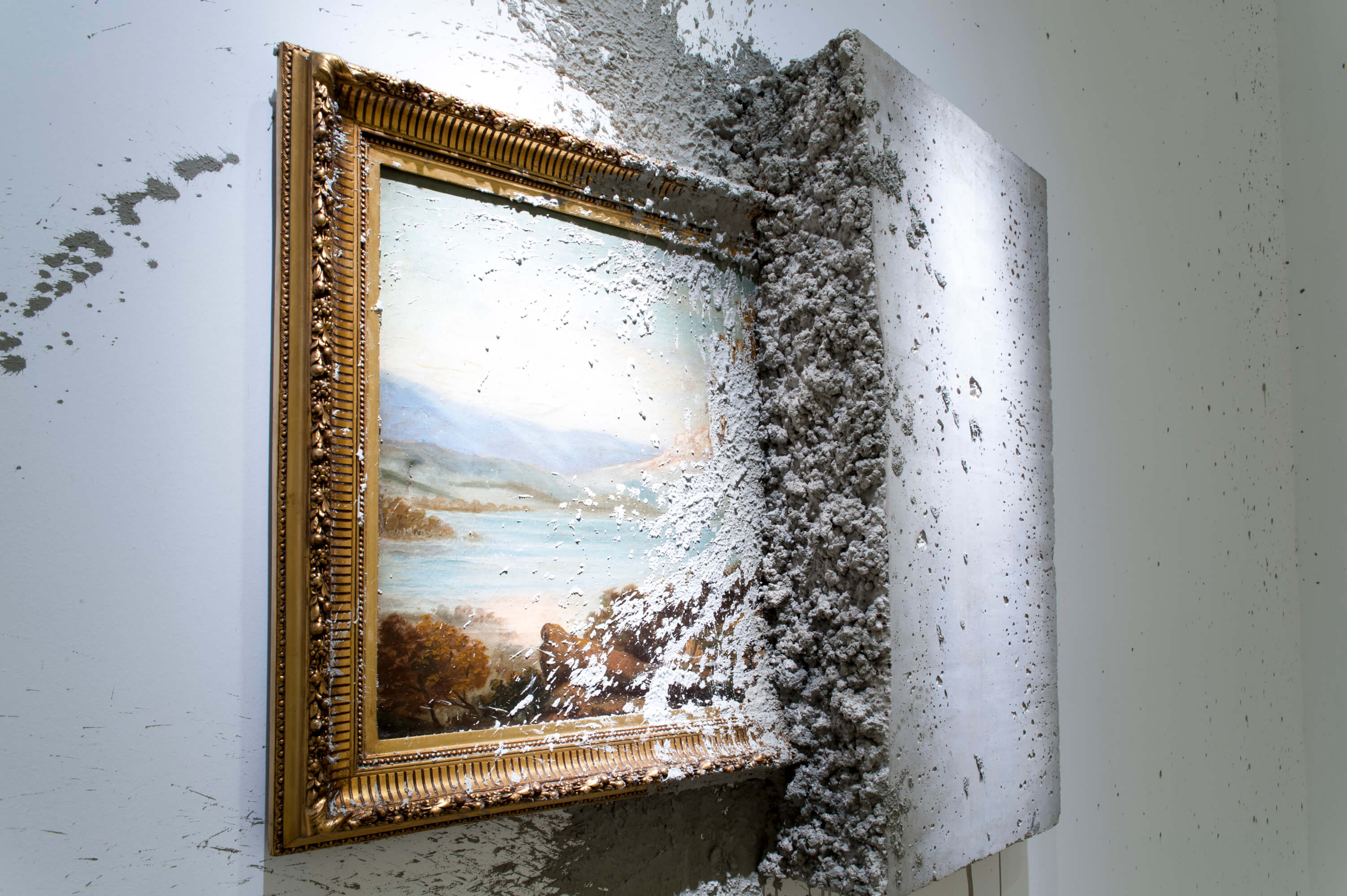