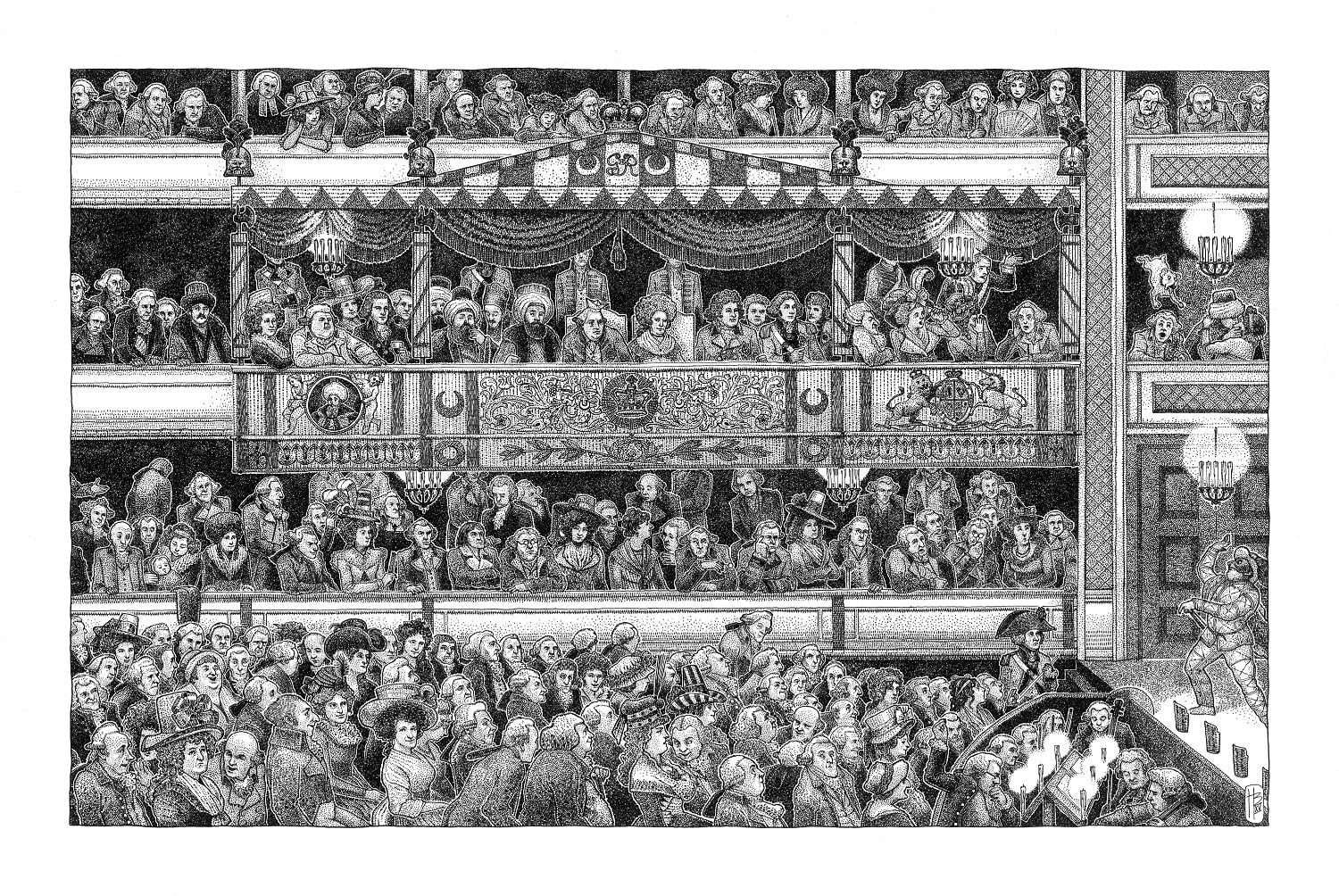 This month Hamet’s drawing focuses on an actual event which took place when Yusuf Agah visited the Covent Garden Theatre just before New Year’s Eve in 1793. The ambassador and his retinue were well entertained by the tricks performed in the Christmas pantomime Harlequin Faustus. However, the performance was rudely interrupted when someone in the audience (seated at the cheap, two-shilling gallery) threw a live dog on the stage. Hamet has here playfully depicted the dog as a French bulldog.

On the royal balcony in the middle, we can see Yusuf Agah and his retinue, flanked by William Pitt and his habitual glass of port, the Princes, the Queen and the Mad King, wearing a paper sailboat (“Rule, Brittania!”) as a hat. See who else you can spot in the rowdy audience!