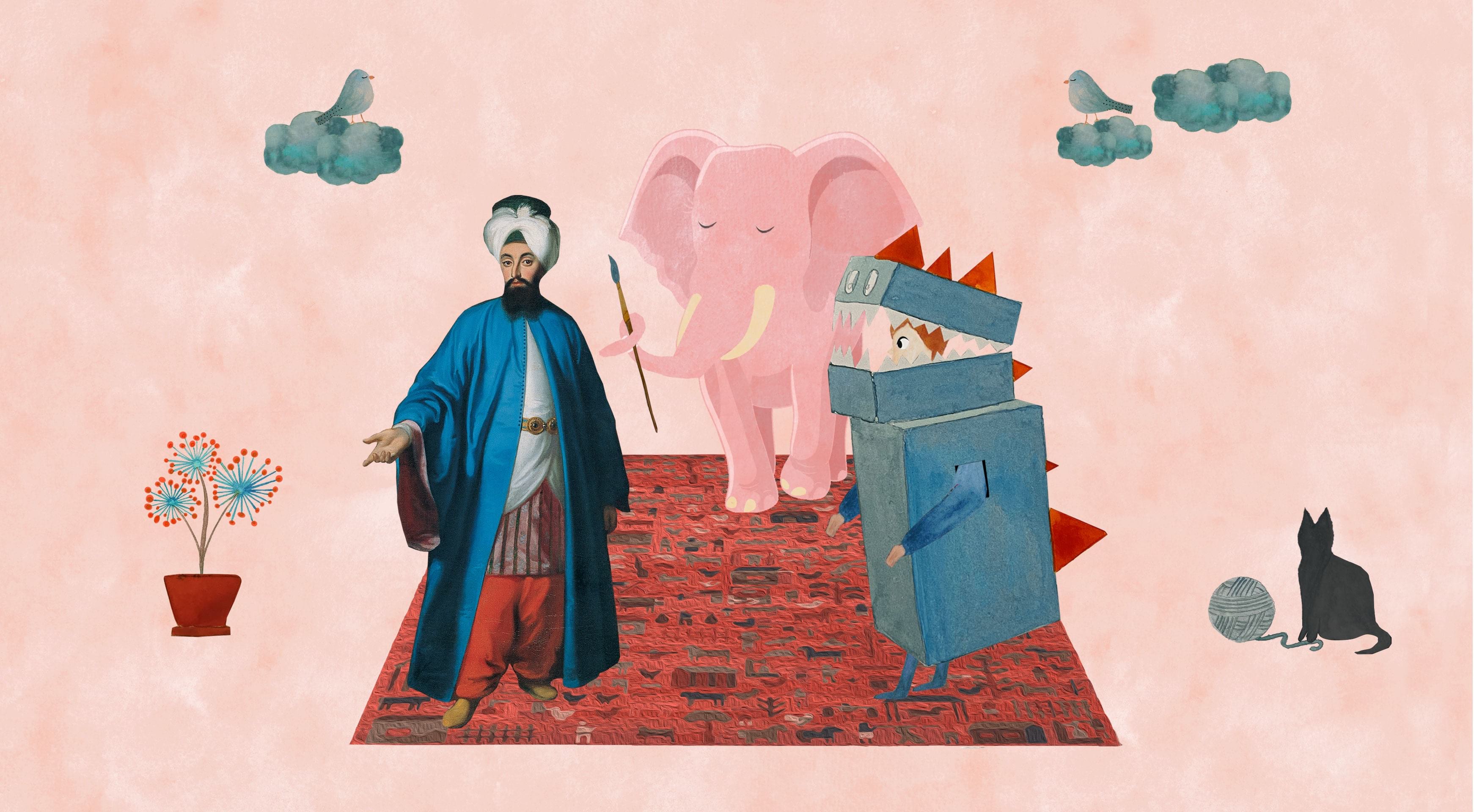 Are you familiar with the game Rock-Paper-Scissors? If you are, this game is quite similar, with the only difference being the moves and their names. The game features the Ambassador and Painter from our Intersecting Worlds exhibit. The players will determine the sounds and gestures that will characterize the Ambassador, Painter and Monster. As a suggestion, ambassadors can tip their hat, painters can mime painting with a brush, and monsters can raise their hands, holding their fingers like claws. Of course, you are free to come up with your own gestures. Repeat these sounds and gestures for a few times to make sure everyone has learned them. Then, two players count to three and simultaneously make one of the gestures and sounds.

The scoring is like this: ambassador beats artist, artist beats monster and monster beats ambassador. If two players choose the same gesture, the game is tied and neither gets a point. The first player to reach 5 points wins! If there are more than two players, one person can become the judge, or you can play in turns.

This program is presented especially for the 100th anniversary of the April 23 National Sovereignty and Children’s Day, inspired by Pera Museum's digital exhibitions.