Voronoi passes on the objects produced between the 18th and 20th centuries to today, using a contemporary and digital language" /> Pera Museum 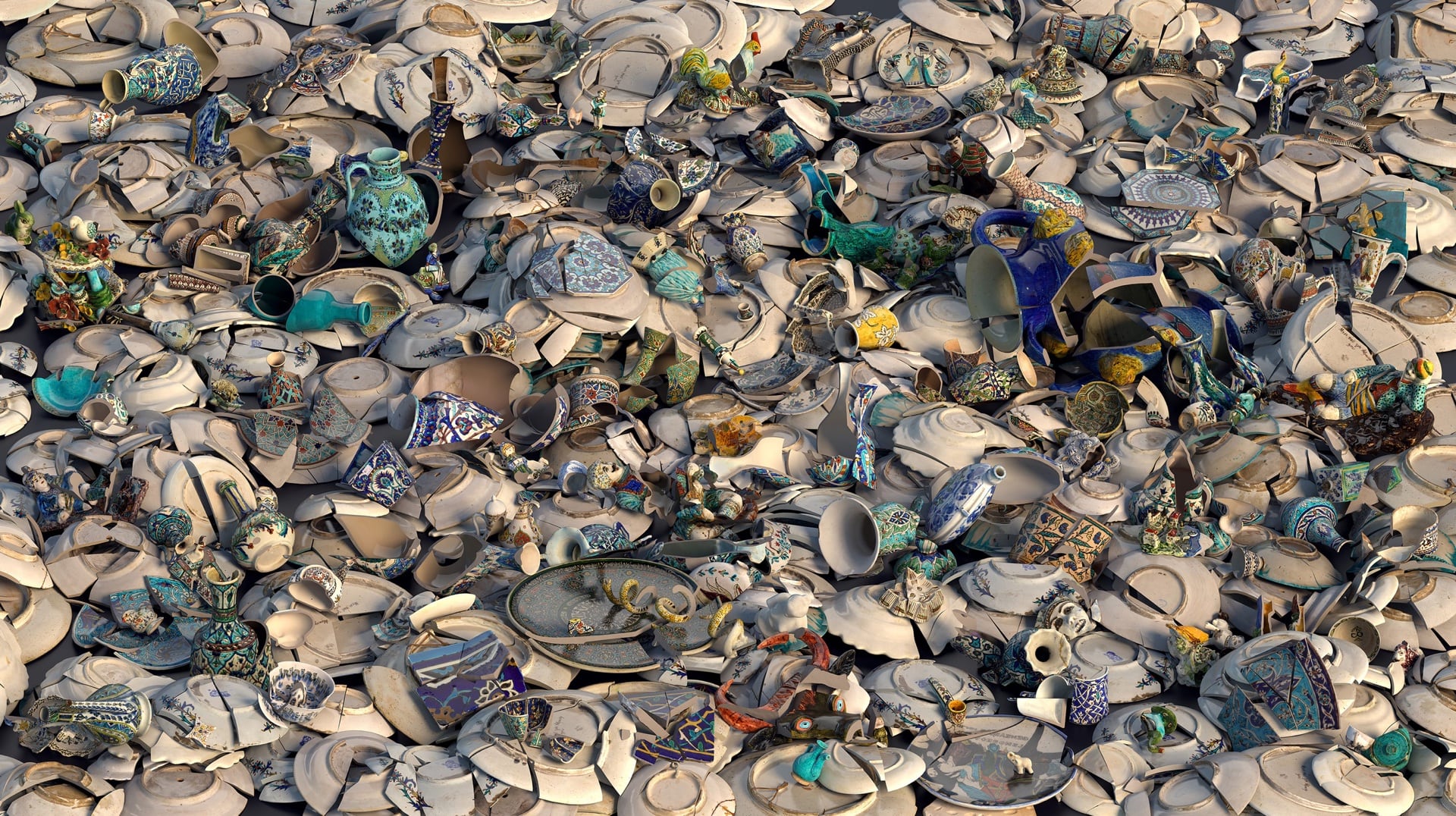 Voronoi passes on the objects produced between the 18th and 20th centuries to today, using a contemporary and digital language. Focusing on the points of contact between the physical and digital, and the fluid flow between them, the video also brings a witty commentary to cultural heritage preservation and conservation, passing heritage to upcoming generations, and the role that museums play throughout these processes.

The video can be viewed at the Kütahya Tiles and Ceramics Collection gallery during the visiting hours.

About oddviz
oddviz is an artist collective who scans objects or spaces using photogrammetry technique to produce 3D digital replicas. The collective brings together the digitized commodities in a virtual environment and visualizes them through designing their installation, space and light.

As the second most important center of ceramic production after İznik during the Ottoman era, Kütahya witnessed intensive ceramic production in the Phrygian, Hellenistic, Roman, and Byzantine periods, and has upheld this art form to date with traditional methods. Having reached its zenith in the 17th and 18th centuries in terms of creativity, the ensuing years witnessed a decline in variety and production rate of Kütahya tiles and ceramics. It was once again revived in the late 19th century and, standing somewhere between İznik and Çanakkale ceramics as “urban art,” became an integral part of the Ottoman art mosaic with its broad product range and continuity.

The beginnings of the Suna and İnan Kıraç Foundation's Kütahya Tiles and Ceramics Collection dates back to the 1980s, and over the years it has grown to become one of the most outstanding collections of its kind. Today the extensive collection consists of nearly 1000 remarkable pieces representing various periods and styles. The collection offers an unparalleled variety of embellishments and forms, while holding an important place in terms of quantity. The variety of objects used often in daily life can be traced through the collection. These ceramics and tiles, featuring specialties of different workshops and craftsmen, tell the story of three hundred years.