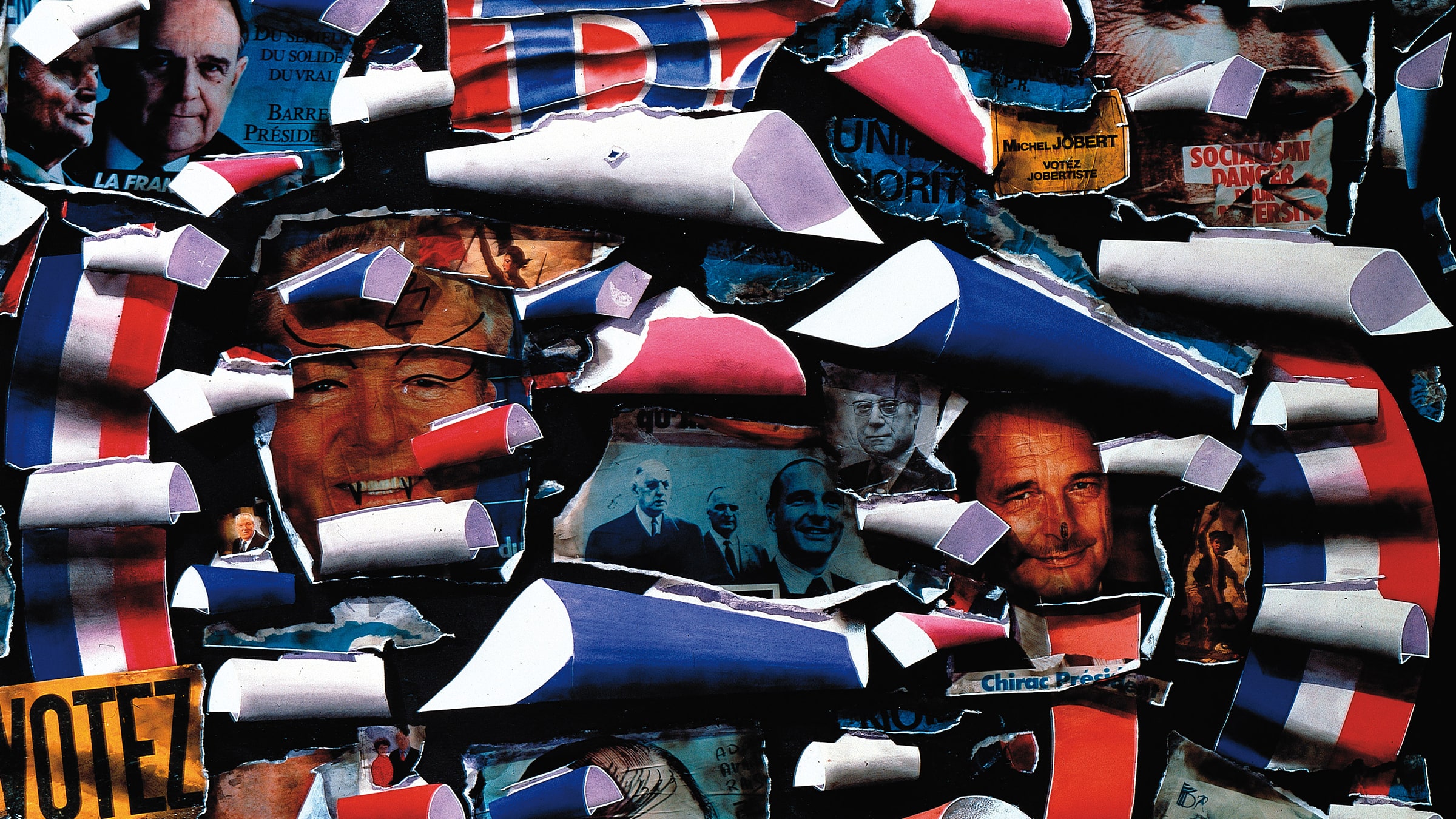 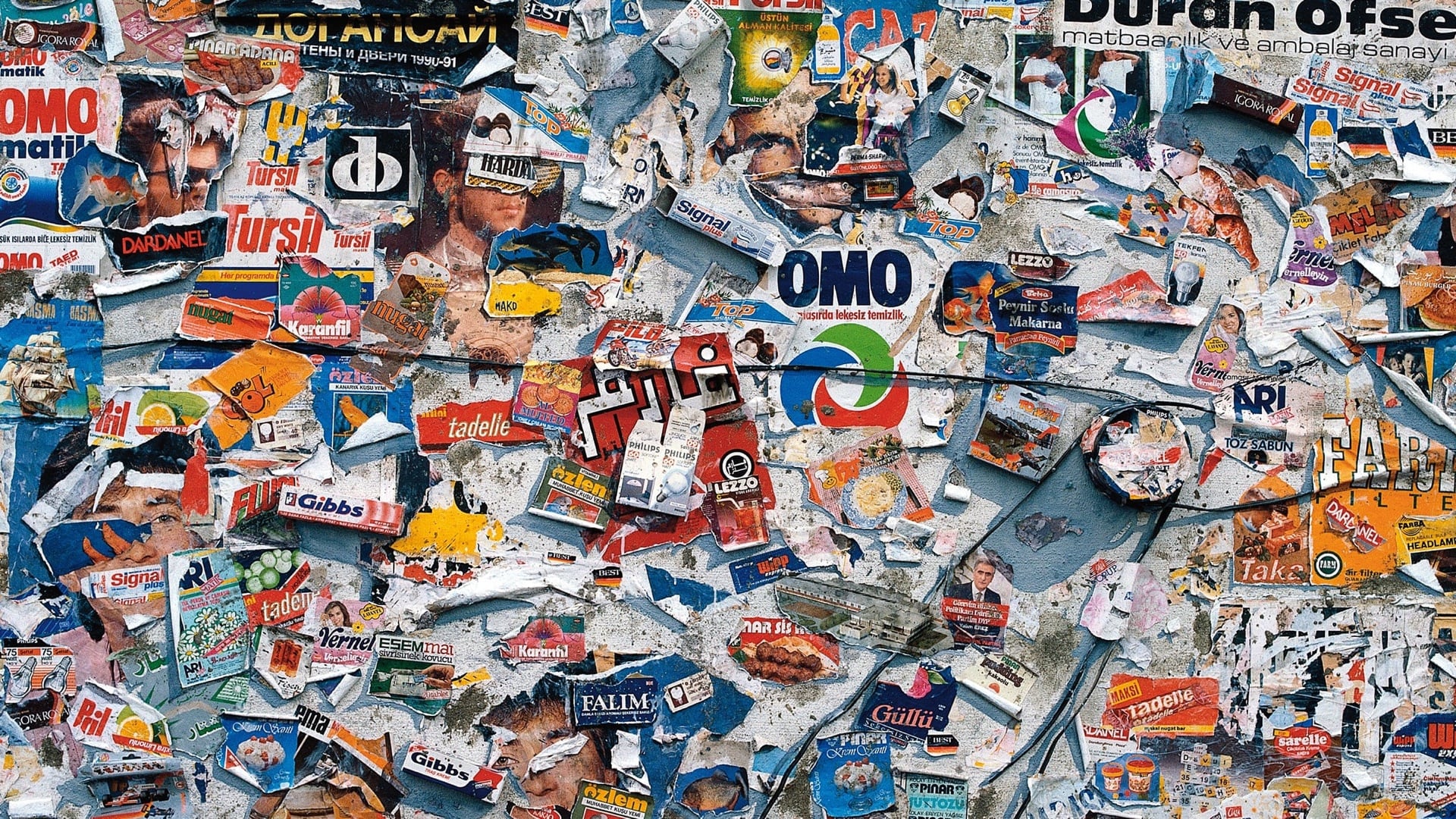 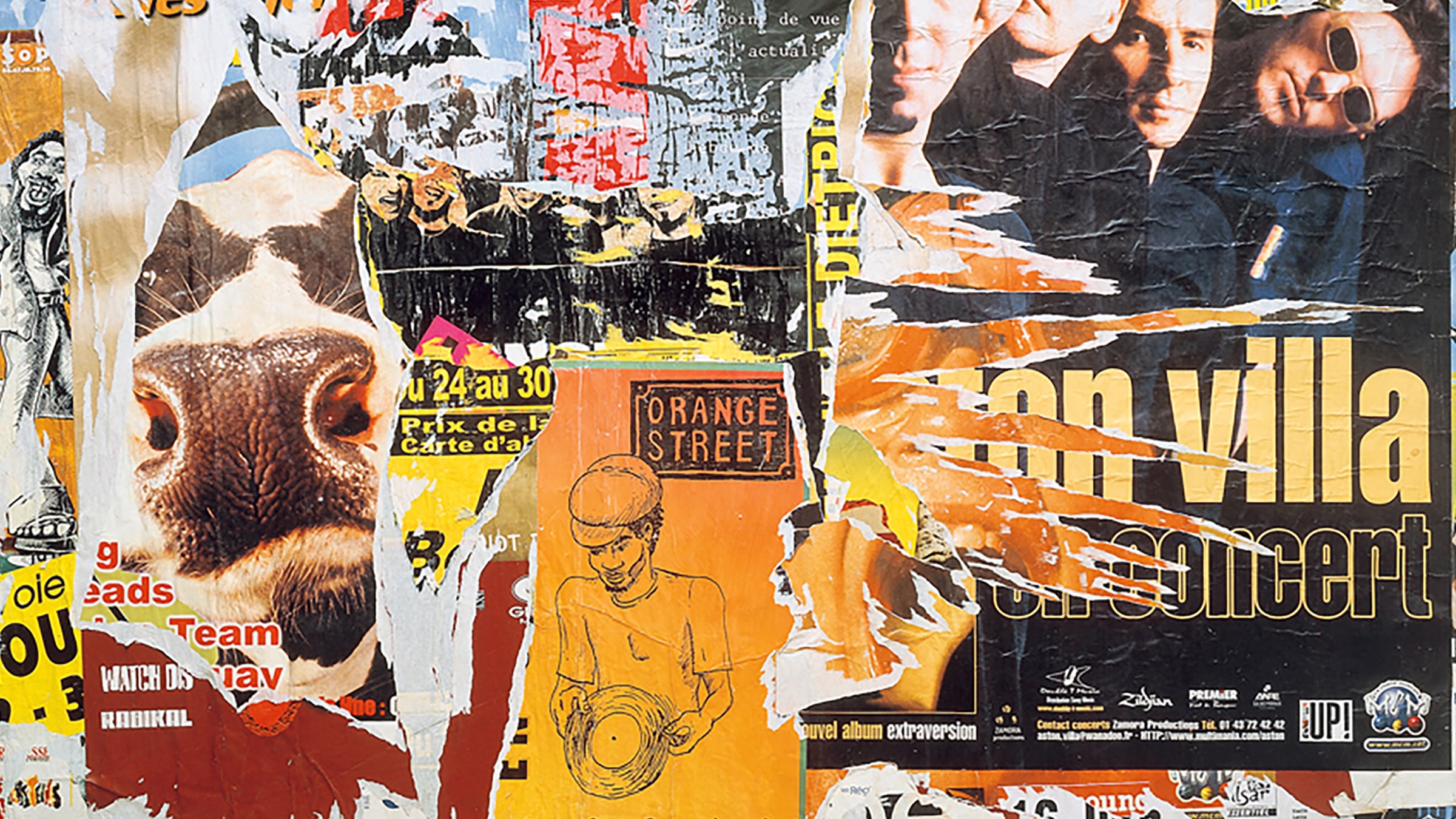 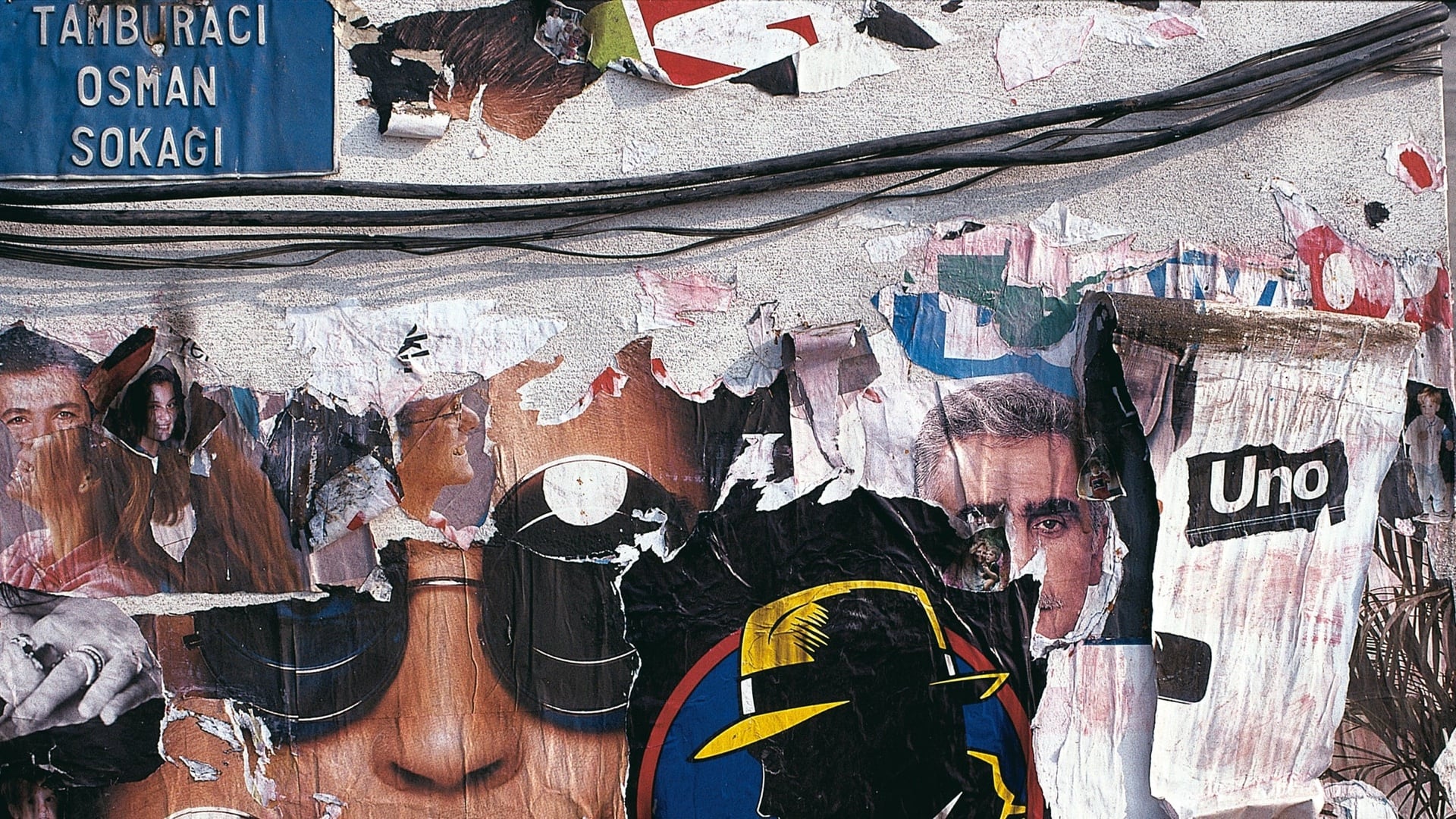 Although from very different origins and cultures, Dogançay (born in Istanbul, Turkey, in 1929) and Villeglé (born in Quimper, France, in 1926) share the same interest in the city. Whereas Dogançay soon felt the need to travel and find out what was happening elsewhere, Villeglé moved to Paris and henceforth participated in the collective “Nouveau Réalisme” adventure. Although Dogançay’s art was originally based primarily on conventional pictorial practices –almost exclusively gouaches and watercolors, standing as a testimony to his numerous journeys– since the mid-1960s he has taken his themes uniquely from images and signs seen on the walls of the cities he has traversed. As of 1949, Villeglé’s art has been based on collecting a world of ready-made “paintings” that are offered to him by “anonymously torn posters” that he saw when exploring the city.

Collage [gluing, pasting] in the first case, décollage [tearing down, unpeeling] in the second: these two practices characterize two sets of attitudes that, if not parallel, converge, and summon up a world of colorful icons founded on the theme of the city or images, absorbed into uncompromisingly abstract compositions. The idea of bringing together two leading artists of their generation in the same exhibition aims to reveal to viewers the similarities, as well as the differences between Dogançay and Villeglé, whose works anticipate, in their own way, the arrival of “graffiti” art as part of the same aesthetic impulse. 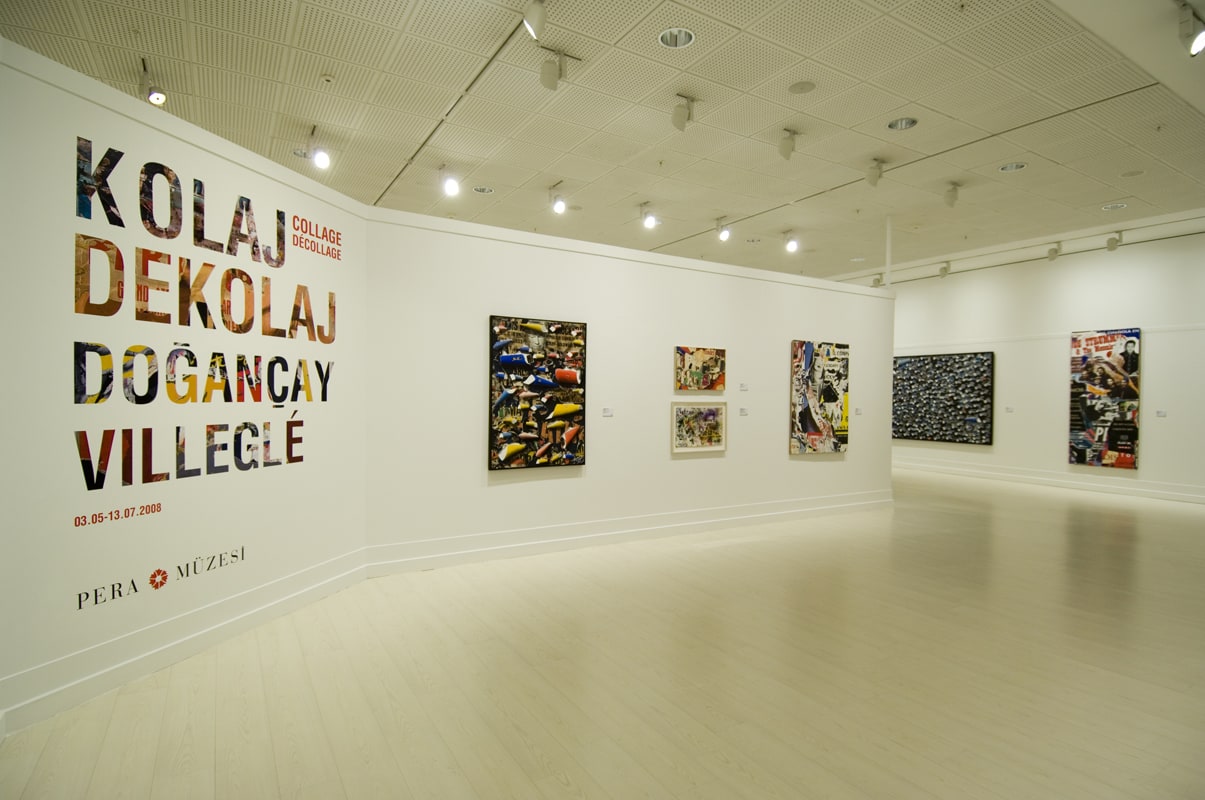 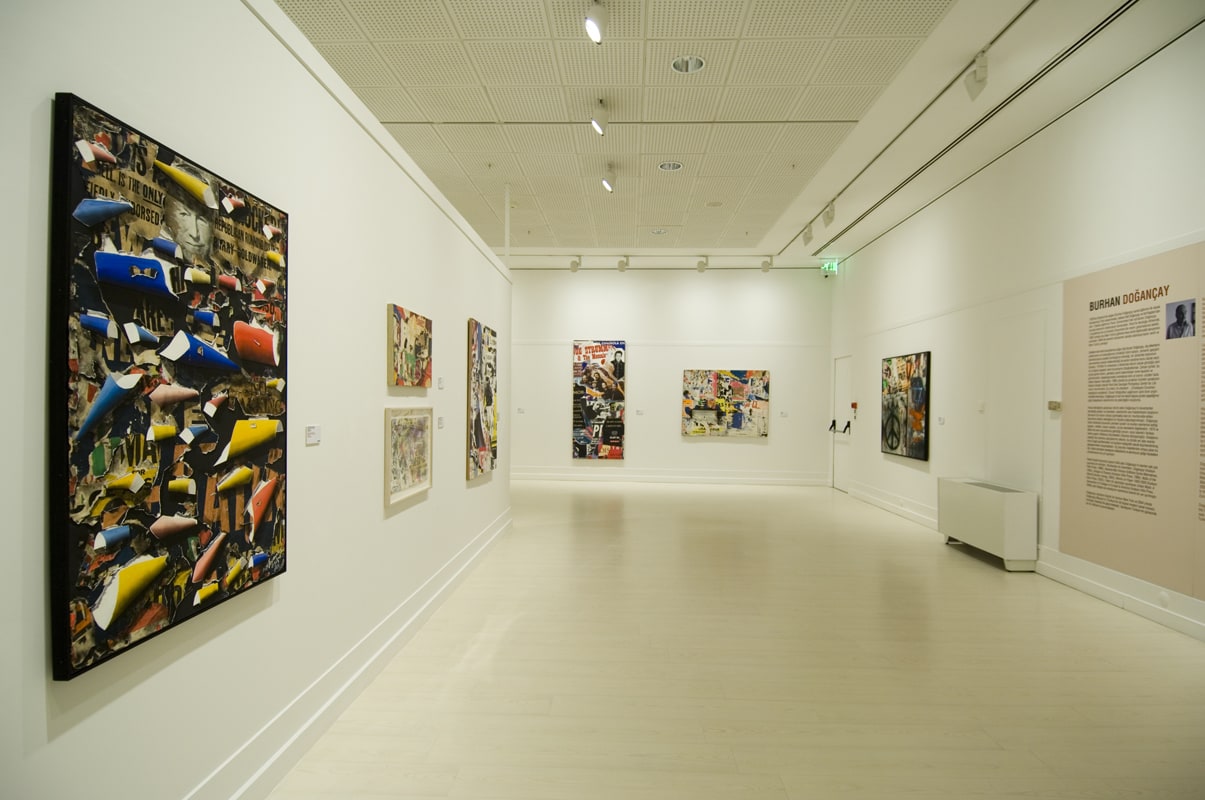 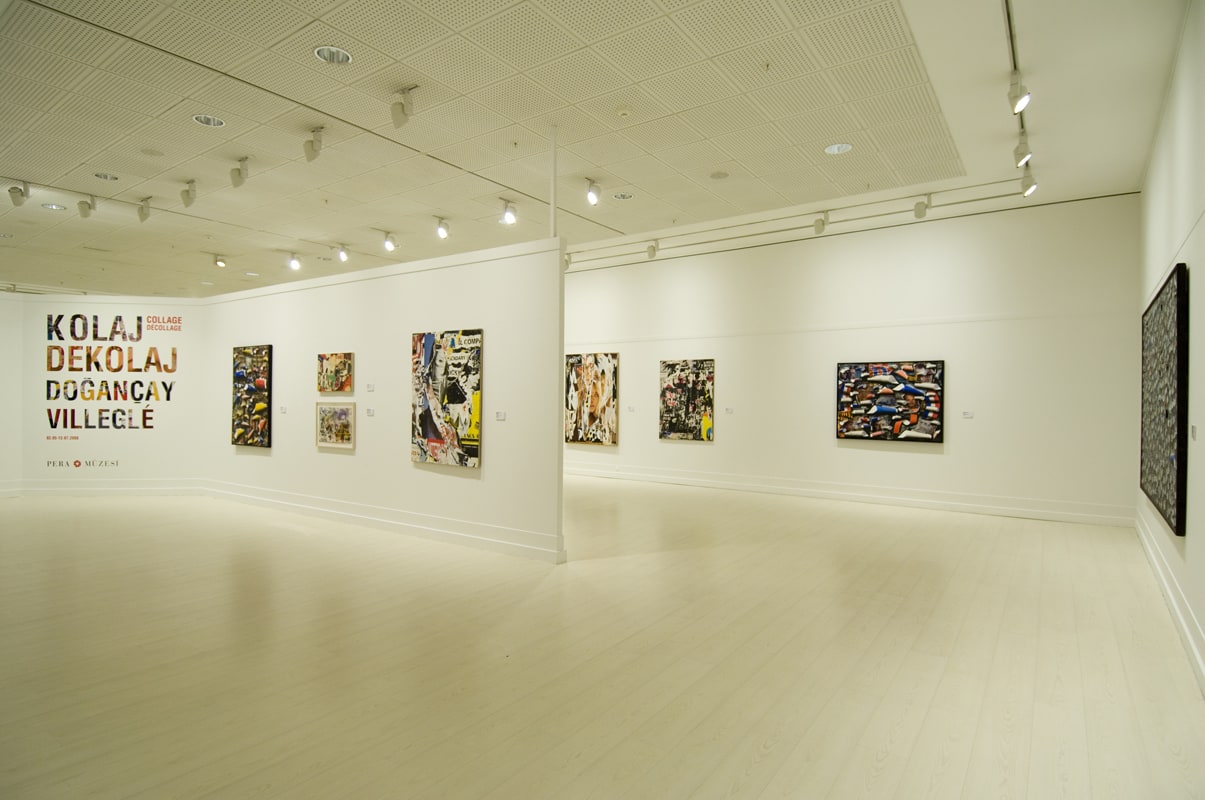 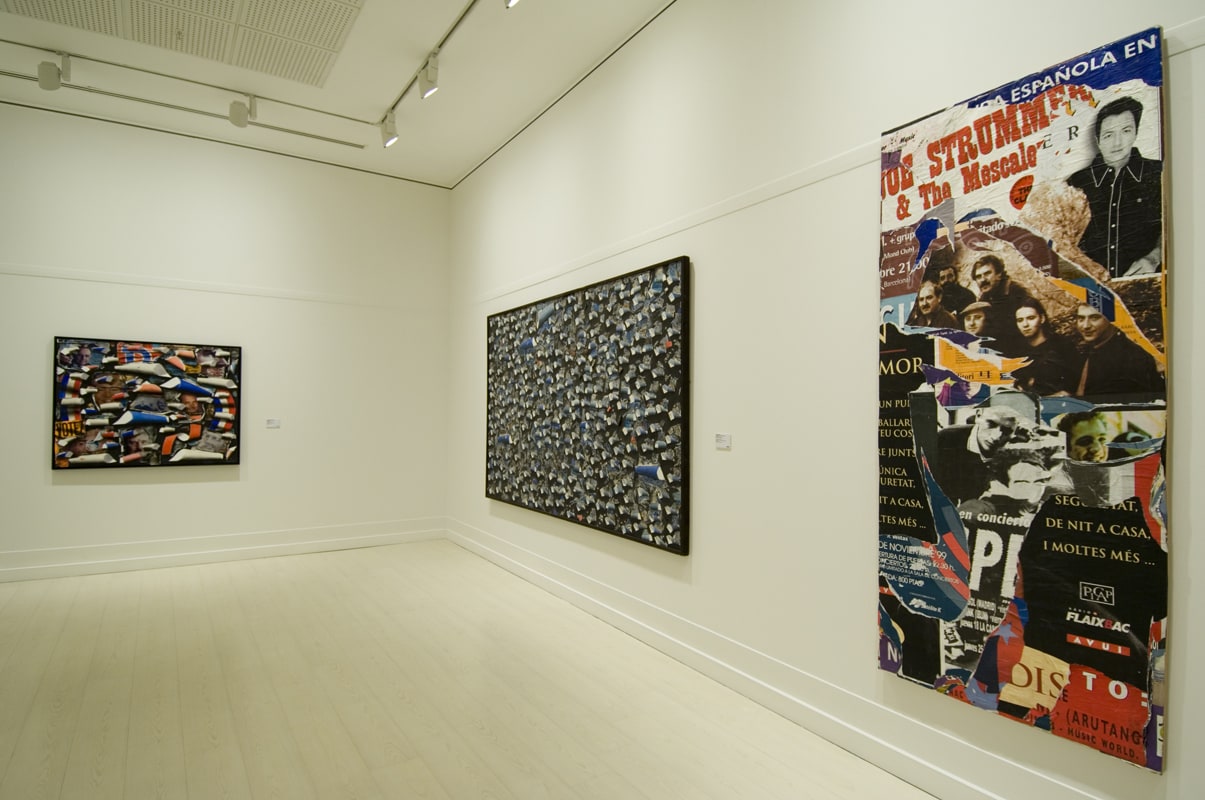 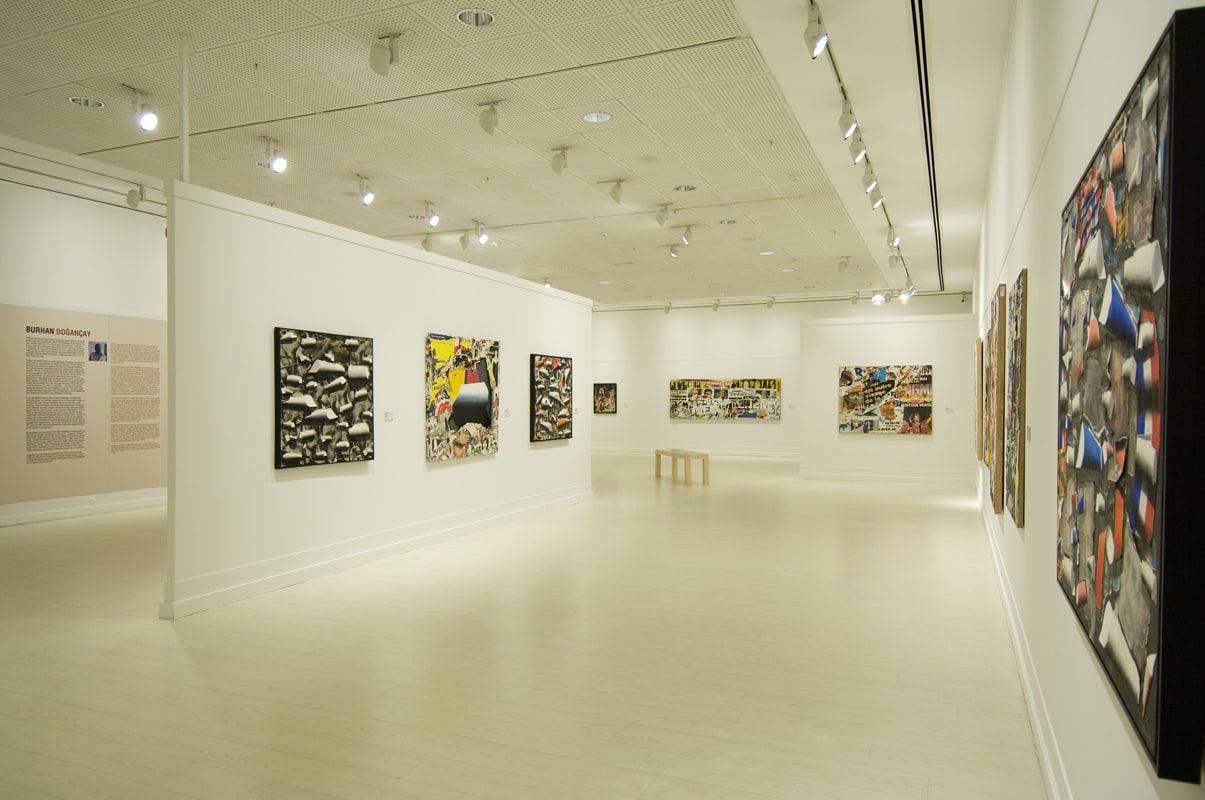 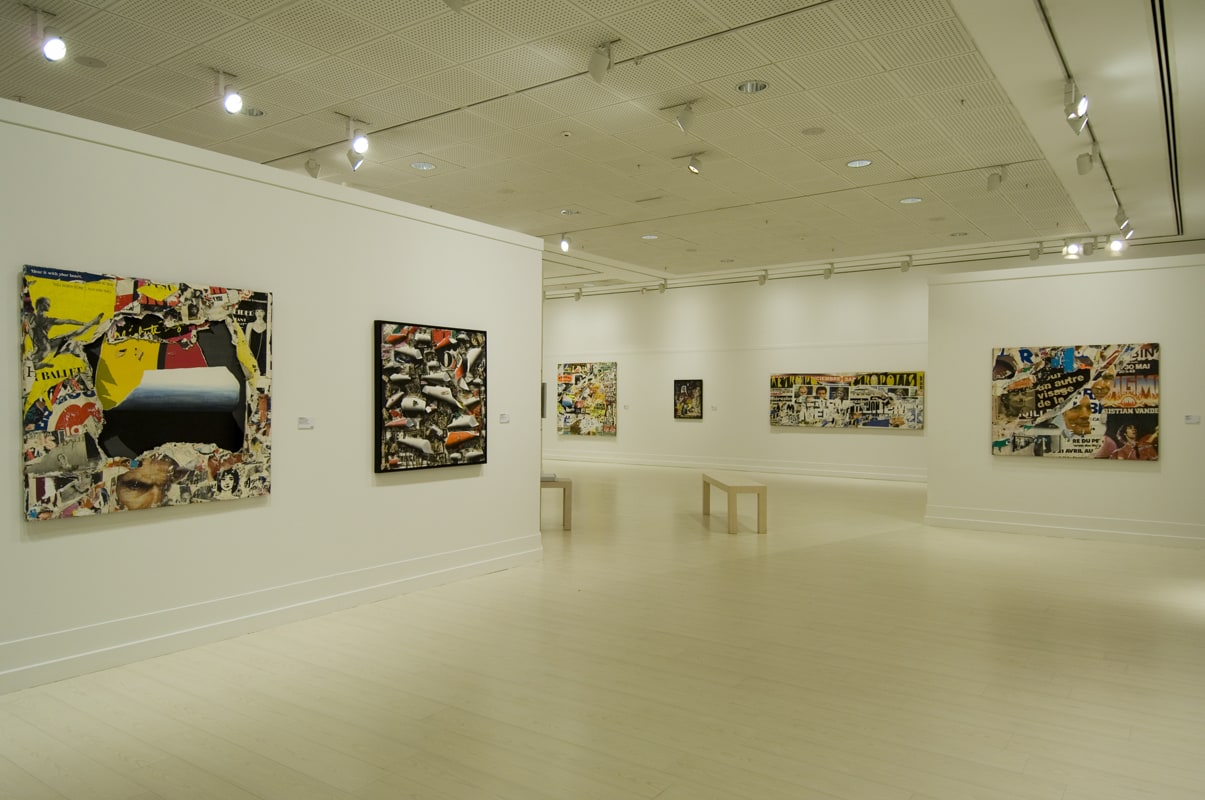 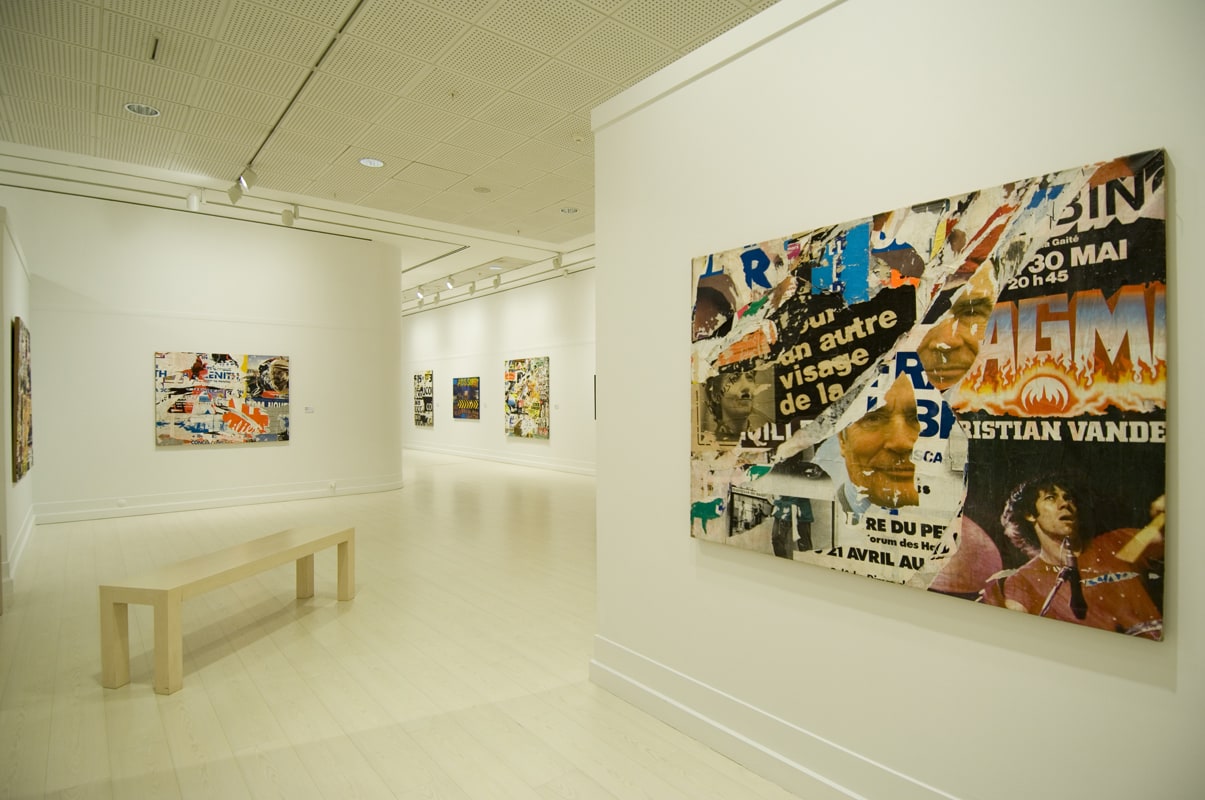 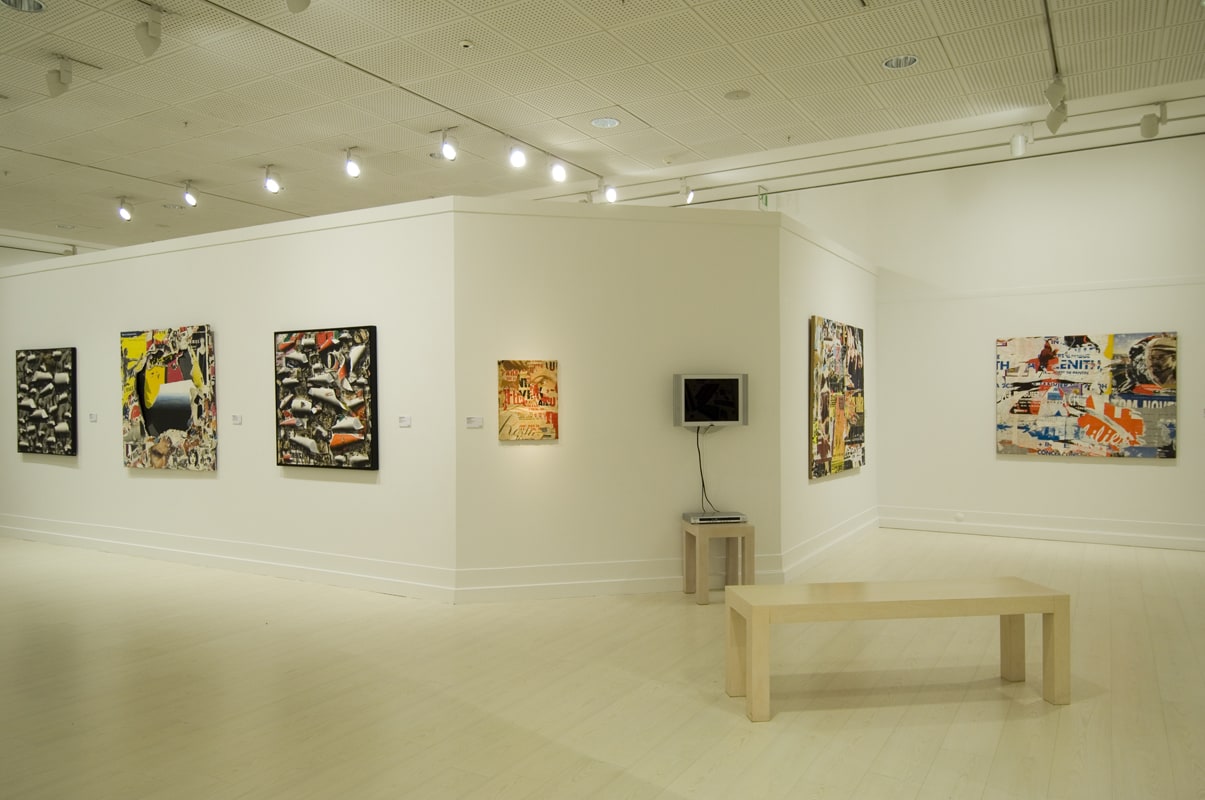 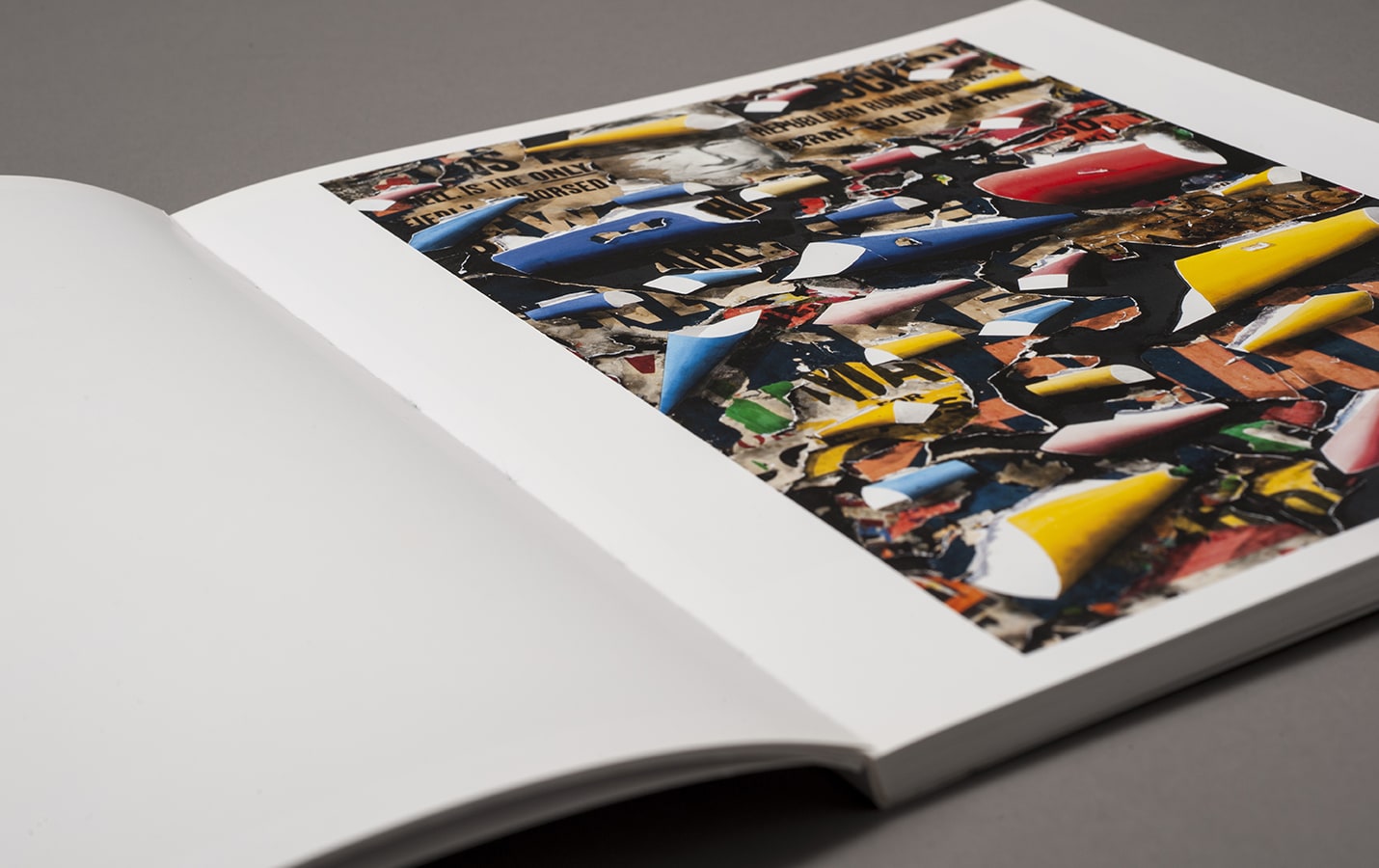 Although from very different origins and cultures, Doğançay (born in Istanbul, Turkey, in 1929) and Villeglé (born in Quimper, France, in 1926) share the same interest in the city. Whereas the...