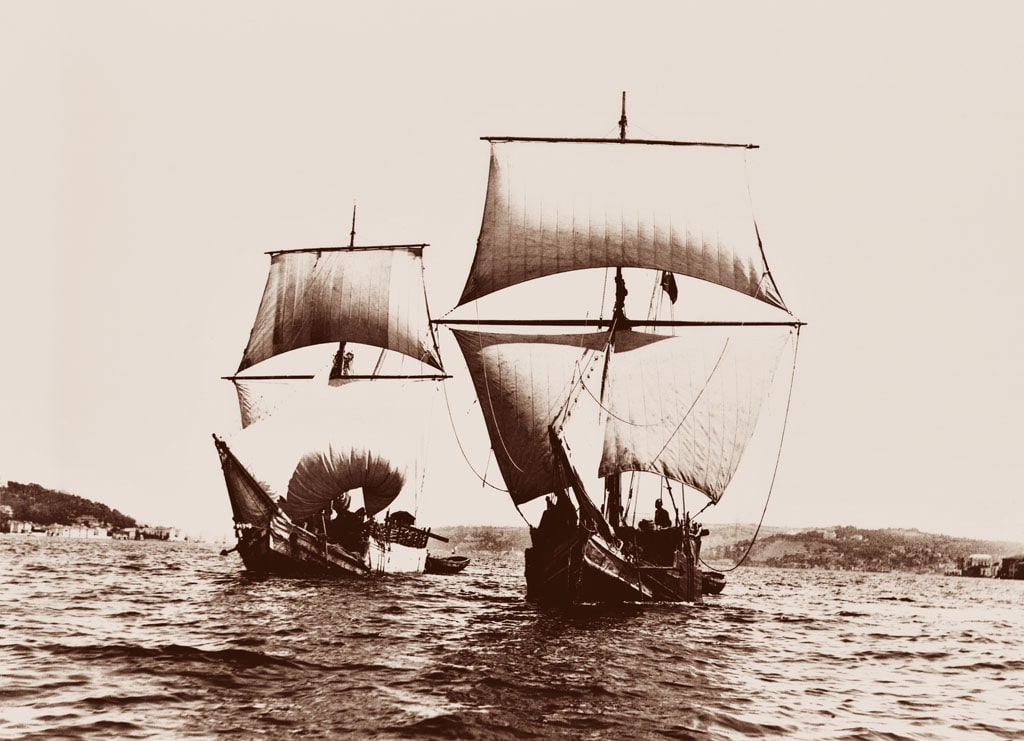 Ali Sami is born in Rusçuk in 1866, and moves to İstanbul. Because his family is registered in the Beylerbeyi quarter of Üsküdar, Ali Sami is also called Üsküdarlı Ali Sami. He graduates from the Mühendishane-i Berri-i Hümayun in 1866 and becomes a teacher of painting and photography at the school. He is employed in the Ottoman army, and he is also a teacher of phography at the palace and for many years gives lessons to Prince Burhaneddin Efendi. In 1889 he becomes an aide to Abdülhamid II. As a military photographer, he is assigned by Abdülhamid II to accompany German Emperor Wilhelm II during his visit to the Ottoman Empire when he travels from İstanbul to Jerusalem in 1898, and presents an album of this journey to the sultan. After the constitutional monarchy is proclaimed, he becomes a painting teacher at Trabzon High School, and passes away in 1936 in İstanbul.

--
From Konstantiniyye to Istanbul: Photographs of the Anatolian Shore of the Bosphorus from the mid XIXth Century to XXth Century exhibition showcased works by masters of photography, who practiced their art in İstanbul. Comprised from a selection of photographs from the Suna and İnan Kıraç Foundation Photography Collection and from private collections, it revealed the magnificent structures, daily life and intriguing personalities of an İstanbul past. İstanbul has evolved into an industrial city, an enormous metropolis: its silhouette, architecture, vehicles, bridges, quays, streets and public spaces have attained an entirely different appearance.
--
Istanbul has always been an inspiration to artists. Merih Akoğul and Derya Türkan put together a playlist on Spotify which consists of tracks inspired by or inspired in İstanbul. Enjoy listening to the sound of this old city!