New Exhibition “What Byzantinism Is This in Istanbul?” Byzantium in Popular Culture 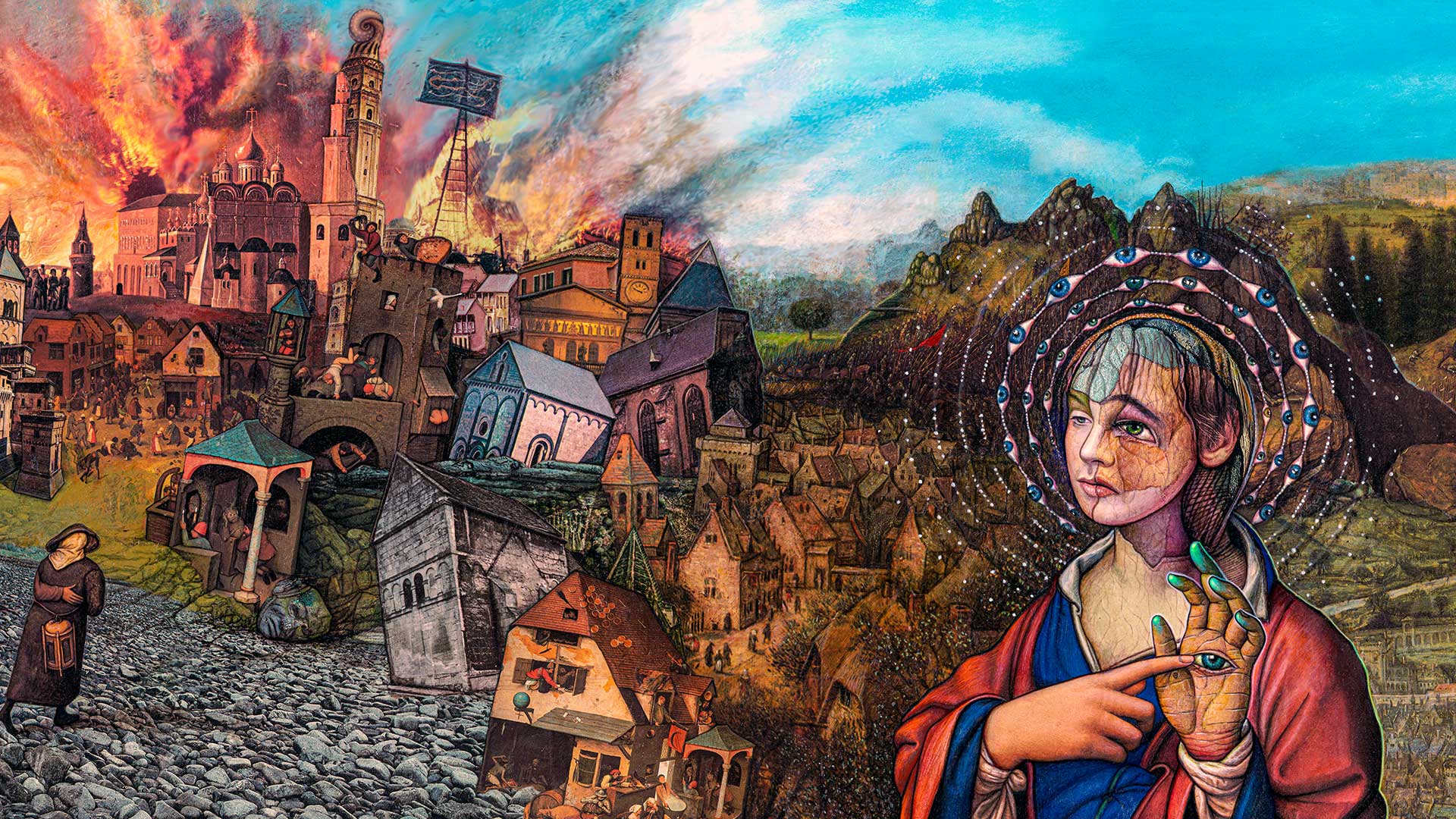 Suna and İnan Kıraç Foundation Pera Museum presents “What Byzantinism Is This in Istanbul!”: Byzantium in Popular Culture exhibition in collaboration with Istanbul Research Institute. Focusing on Byzantium’s representation in popular culture, the exhibition brings together contemporary novels, metal music, comics and graphic novels, visual arts, video games, movies, fashion and will be on view at Pera Museum, Istanbul between 23 November 2021 – 6 March 2022.

“What Byzantinism Is This in Istanbul!” borrows its title from Yakup Kadri Karaosmanoğlu’s two-part novel Panorama I-II (1953–1954), where his protagonist exclaims these lines, being frustrated with postwar Turkish society. Karaosmanoğlu knew precisely what he meant by Byzantinism, referring to not only the social unrest and hostility among the nation’s citizens but also the superstitions raging among society at the time, for they found the chaos they were living in otherwise inexplicable.

Curated by Emir Alışık, the exhibition explores multiple and conflicting meanings of Byzantinism and questions popular culture’s interaction with the Byzantine legacy by scrutinizing a selection of motifs representing Byzantium in popular culture. Alışık says “Constantinople/Istanbul is naturally—historically and geographically—Byzantinism’s home turf” and sums up the idea behind the exhibition: “While the academic and archaeological “rediscovery” of Byzantium in the nineteenth and early twentieth centuries had in counterpart wide repercussions throughout a wide variety of artistic expressions like painting, architecture, drama, music, and literature, the fascination for Byzantium was amplified over time and blossomed into new directions—from unlikely music and literature genres and painting and film-making techniques to textile production and new narrative mediums like graphic novels. Although Byzantine history is sometimes mobilized to kindle hostilities by the manipulation of historical facts, the Byzantine legacy is frequently utilized to reflect on complicated sociopolitical issues, too and this exhibition reveals how Byzantinism is a far-stretching phenomenon to be encountered even in places one does not usually look.”

The exhibition ushers the audience in with an iconostasis, the sacred threshold for the Byzantine congregation, a screen between the worldly and the otherworldly. Traditionally it narrates the Holy Scriptures with very elaborate descriptions, yet, in the exhibition it emphasizes the impact of Byzantine portraiture on the contemporary depictions of iconic and transcended characters of our times.

The exhibition features works by more than 50 artists, writers, illustrators, musicians, filmmakers and fashion designers that interpret and visualize the uniqueness and exoticism attributed to Byzantium from different perspectives.

Max Bedulenko, Aliusio Cervalle Santos and Yurii Nikolaiko bring new perspectives to the Byzantine city and the monumental architecture of it with their digital illustrations. While Jonathan Godoy, Stelios Faitakis, Taha Alkan, Xanthe P. Russell transform scenes taken from the holy book, Peter Tirpák portrays a pop-art icon and Aleksandar Todorovic portrays the founder of Facebook as a saint. Known for his extraordinary portraits, Scadarts plays with the Empress Irene mosaic this time via Iphone. Fashion designer Özgür Masur's collection Byzantium'20 and Dice Kayek’s "Hagia Sophia" design awarded by Victoria & Albert Museum points to the reflections of Byzantine iconography in fashion. While the photograph taken by Marco D'Amico for Vogue Italy highlights the Byzantine image, the historical adventure written by Romain Sardou and illustrated by Carlos Rafael Duarte represents the reflections of this iconography in the world of comics.

Illustrator-designer Necdet Yılmaz portrays the famous cat of Hagia Sophia, Gli, who passed away last year, as a celestial being. The cover of the book "Theodora, The Love God of Byzantium", published in 1948 by journalist and novelist Murat Sertoğlu, known for his serials, and the poster of the movie "Byzantine Collapses", featuring the character of Tarkan played by Kartal Tibet, sheds light on the problems of historiography loaded with nationalist discourses, which uses Byzantium as an antithesis in almost every field.

The catalogue accompanying the exhibition brings together the articles of 10 researchers who examine and interpret all these representations in various fields of art. The articles discussing and classifying “Byzantinism” that appear in many fields of popular culture bear the signatures of Roland Betancourt, Felice Lifshitz, Brigitte Pitarakis, Sinan Ekim, Yağmur Karakaya, Elif Demirtiken, Jeremy J. Swist, Marco Fasolio, Haris Theodorelis-Rigas, and Emir Alışık.

“What Byzantinism Is This in Istanbul!”: Byzantium in Popular Culture is on view at Pera Museum until March 6, 2022.