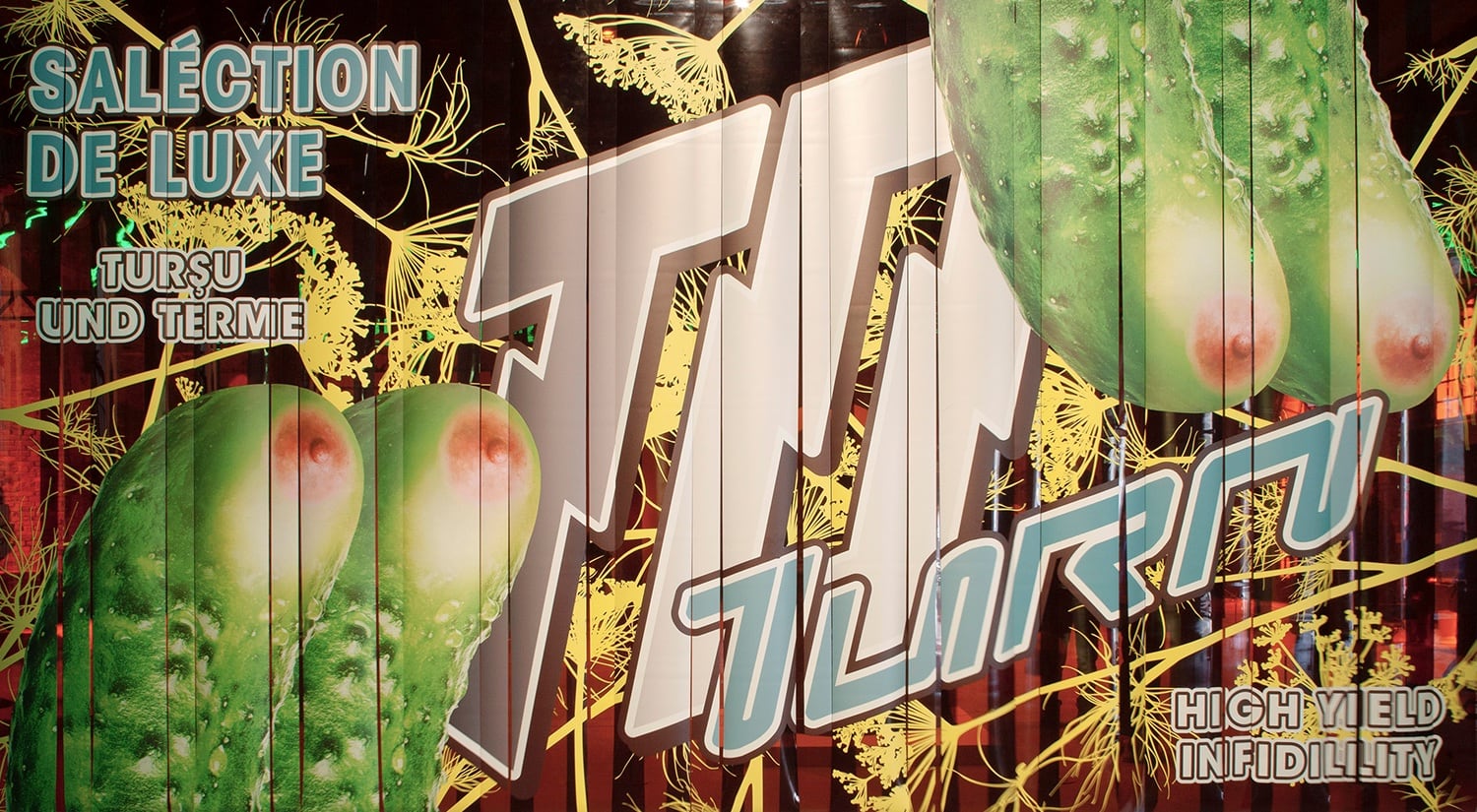 Pera Museum’s new exhibition A Question of Taste is now open to the public. The exhibition deals with kitsch, a concept whose meaning has shifted since the 19th century, and the intimate relationship this concept has established with today's visual culture as well as its critical role in shaping taste. Curated by Ulya Soley, the exhibition includes works by 13 artists and collectives using different media such as installation, collage, video and photography. A Question of Taste can be viewed at Pera Museum until June 6.

Suna and İnan Kıraç Foundation Pera Museum is pleased to present its new exhibition A Question of Taste. The exhibition raises a number of questions while exploring the rich uses of the concept of kitschtoday: In this era when diversity, ambiguity, and ineffability are sanctified, can kitsch be a tool to carry these values forward? Could thinking about avant-garde and kitsch side-by-side rather than in opposition — by looking closely at contemporary art's relations with the collective aspects of mass culture, rather than considering mass culture as unsubstantial, banal and inferior, and trying to explore the ties between them — agitate the existing structure of class society? Is it possible to define taste as something other than an indicator of class?

A Question of Taste, takes the question of whether the concepts of beauty and taste can be discussed for a more inclusive future where there are no hierarchies such as lower class-upper class, mass culture-high culture as its starting point. Exhibited works, sometimes through a magnificent diva depicted in a stage costume among flowers, sometimes through fake perfumes that turn into a dream soup in colorful bottles, sometimes through different meanings attributed to pickle water in different geographies, look at the sense aesthetic values ascribed to the East and the West. The exhibition aims to explore the rich uses of kitsch, based on the relationship between art and visual culture that has been shaped with the iconic elements that we frequently encounter on the internet.

“Infiltrating the system through its cracks”

Curator Ulya Soley underlines that most of the adjectives used to describe kitsch are negative and says “Some argue that kitsch reaches the level of beauty by conceptualizing ugliness and vulgarity, while some claim that it opens up space for itself by challenging the definition of beauty. Regardless of its methods, kitsch continues to impress its viewer by infiltrating the system through its cracks.”

Soley, who points to that today, as the boundaries between "high art" and "mass culture" become blurred, contemporary art, which leaves its masculine and elitist history behind and gets equipped with inclusive reflexes, says “Inspired by kitsch's inclusive and diverse structure, contemporary art practices that borrow, repeat, change and re-present are evolving as they become intertwined with social movements. Taste determines the boundaries of high and low culture through signs without fully describing them, and kitsch stretches these boundaries and expands the gray zone between the two sides.” and adds “A Question of Taste aims to open the subject of taste up for discussion, toward a more inclusive future.”

Ulya Soley, in her curator’s text, tackles how kitsch, which is a very difficult concept to define, has been discussed historically and touches on its current uses in dialogue with the artists of the exhibition. Also in the catalogue, an article by Ruth Holliday and Tracey Potts focuses on the nature of kitsch, which has a unique but evolving history, embodied in the exhibition in various and cheerful ways. Chus Martinez thinks about dualities such as nature and city, kitsch and modernism through today's art production. Melis Tezkan, on the other hand, presents an inventory of kitsch through personal stories and objects and underlines the hard to define nature of kitsch. The catalogue also features illustrations of the displayed work and a poster by the artist duo biriken. The exhibition A Question of Taste is open to the public at Pera Museum in Istanbul from February 23, 2020 to June 6, 2021.