A Handful of Rights 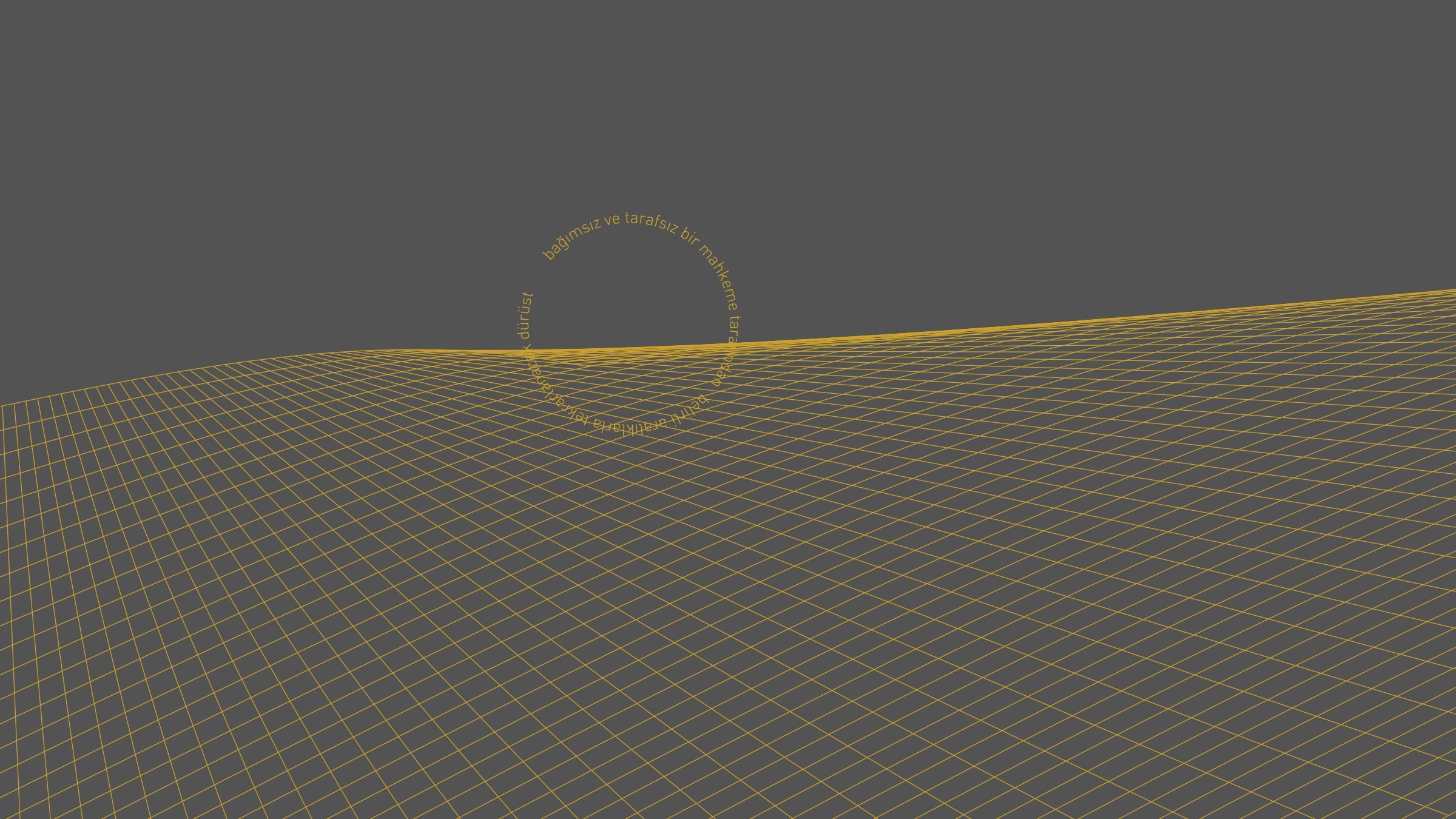 Pera Museum presented a month-long durational performance: A Handful of Rights by artist Aslı Uludağ. Inspired by Suna and Inan Kıraç Foundation Anatolian Weights and Measures Collection exhibition, and took place over a month in the exhibition gallery of Intersecting Worlds: Ambassadors and Painters, the performance A Handful of Rights revisited the Universal Declaration of Human Rights on its 70th anniversary.

During this multi-phase performance, one by one the words contained in the Universal Declaration of Human Rights were erased from the Turkish dictionary, and then translated into a numerical value based on their listing in this dictionary with participation from the gallery audience. These numbers were converted to the weight of wheat, reflecting an interpretation of the collective and settled lifestyle, proposed by this Universal Declaration of Human Rights. In the last stage of the performance, the artist calculated the physical weight of the declaration based on the weight of the wheat as 766.133 kg.

The Universal Declaration of Human Rights was signed by the United Nations in 1948. Composed of thirty articles, this declaration provides the frame for equal rights, freedoms, and lifestyle for all people in the world regardless of their religion, language, race or gender. As the performance deconstructed and scrutinized the declaration, the artist reinterpreted this important text into various aspects, forms and concepts. The performance, in search for the lost meaning of words through a poetic and absurd approach, ironically took place in the court of the ambassadors from the Ottoman era, whose portraits are displayed in the Orientalist Paintings Collection exhibition of the museum.

Born in 1990 in Istanbul, Aslı Uludagˆ completed her bachelor’s degree at The School of the Art Institute of Chicago. Uludağ developed an interest in theatre and contemporary art when she was studying in high school at Robert College. Following her graduation, she focused on sculpture, and worked with a wide range of materials from metal, plastic, wood, and fiber. She is currently working on projects that focus on architectural structures, urban design, limits set by social, cultural and legal rules, and their impact on the society, the movement managed by these limits, and how they both control and reflect life. Her work has been exhibited in the Womanmade Gallery, The Ukrainian Institute of Modern Art, and Union League Club. 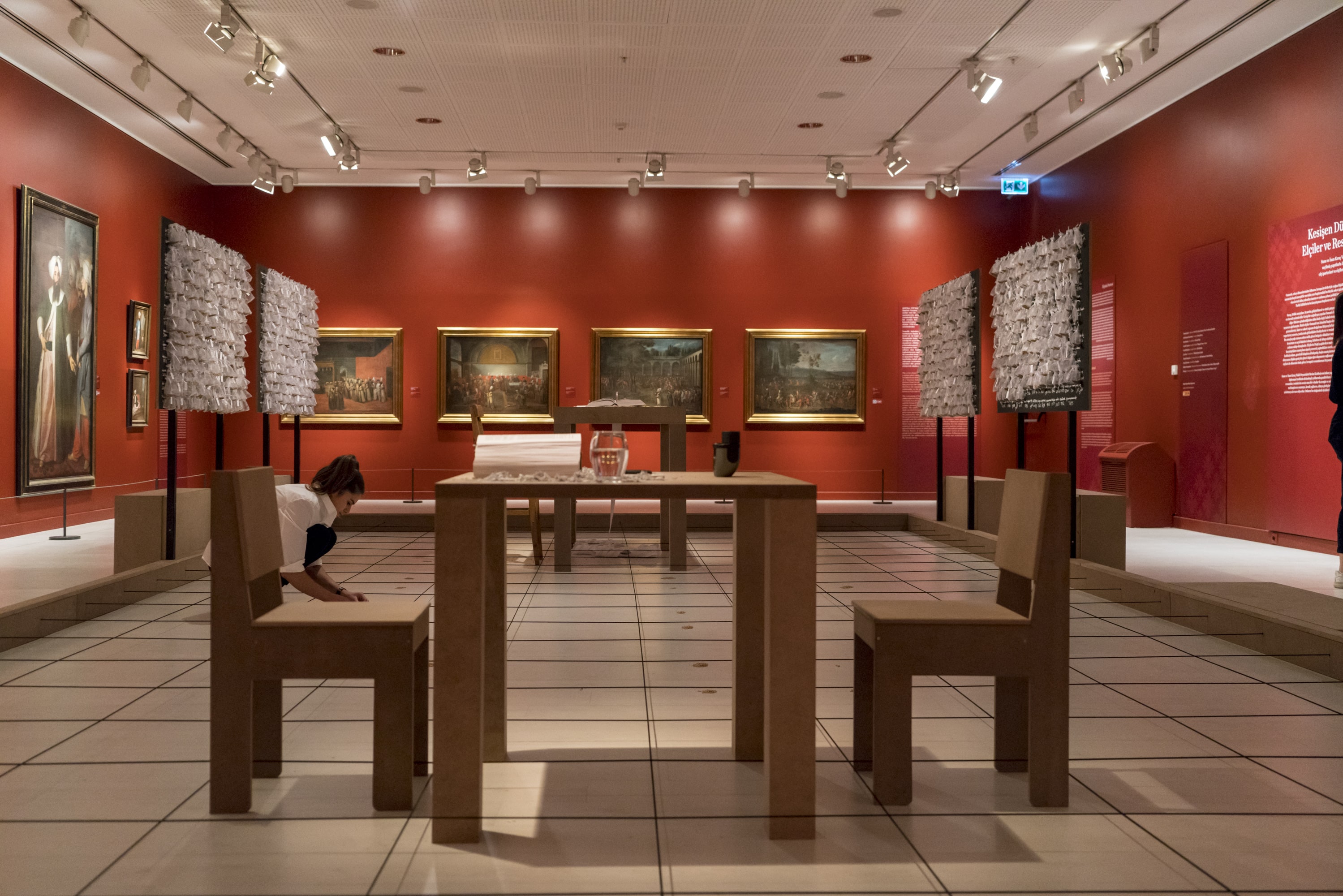 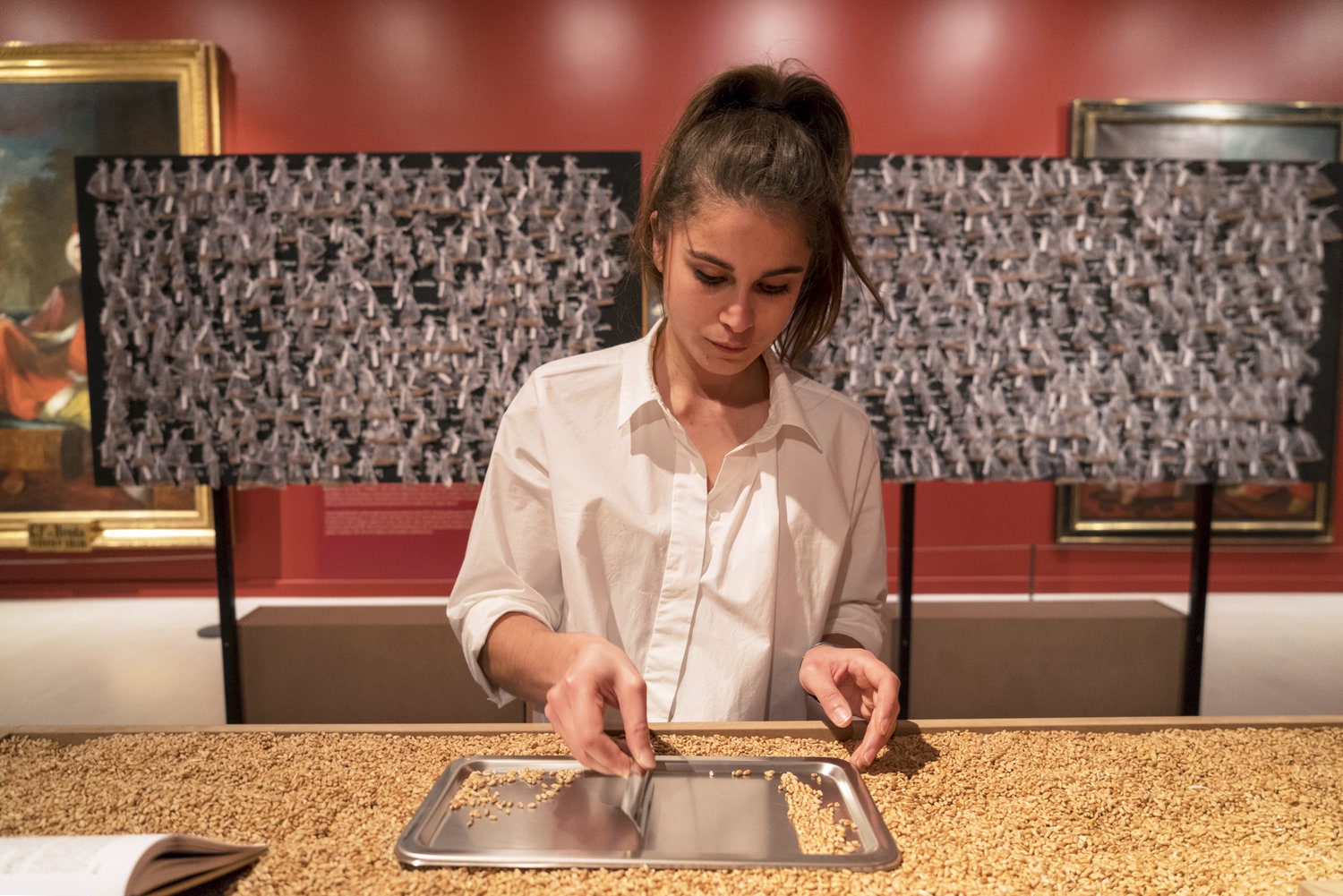 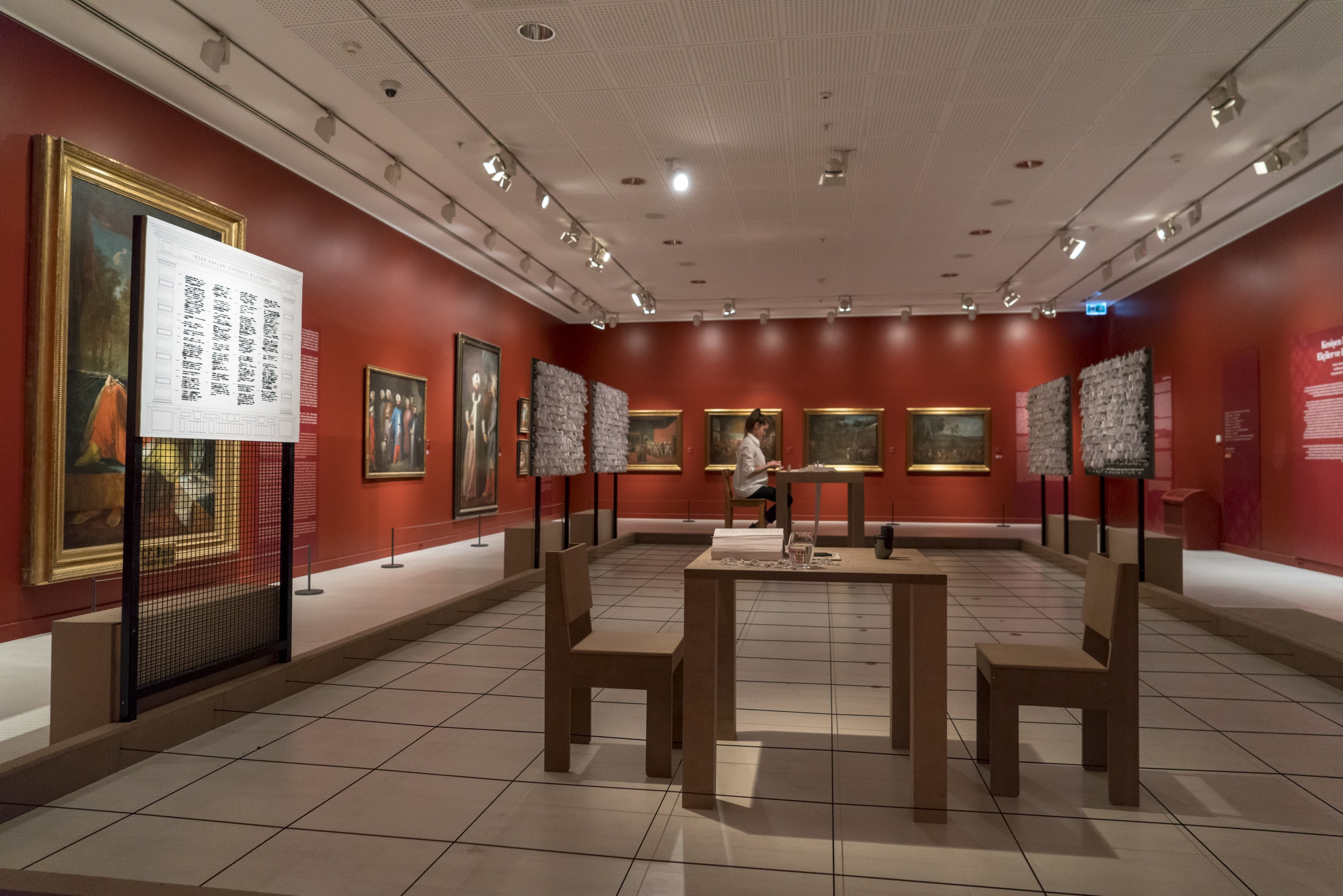 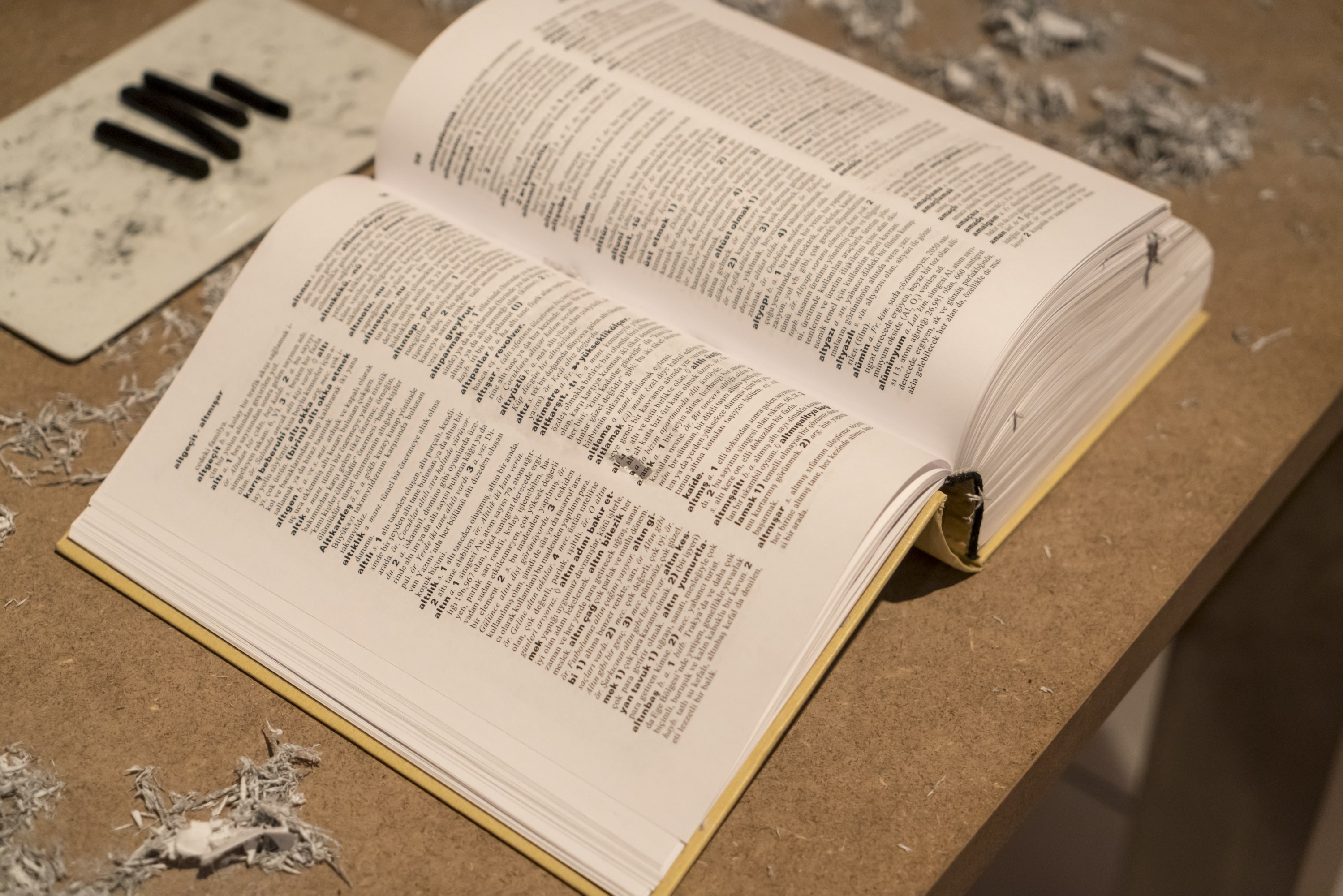 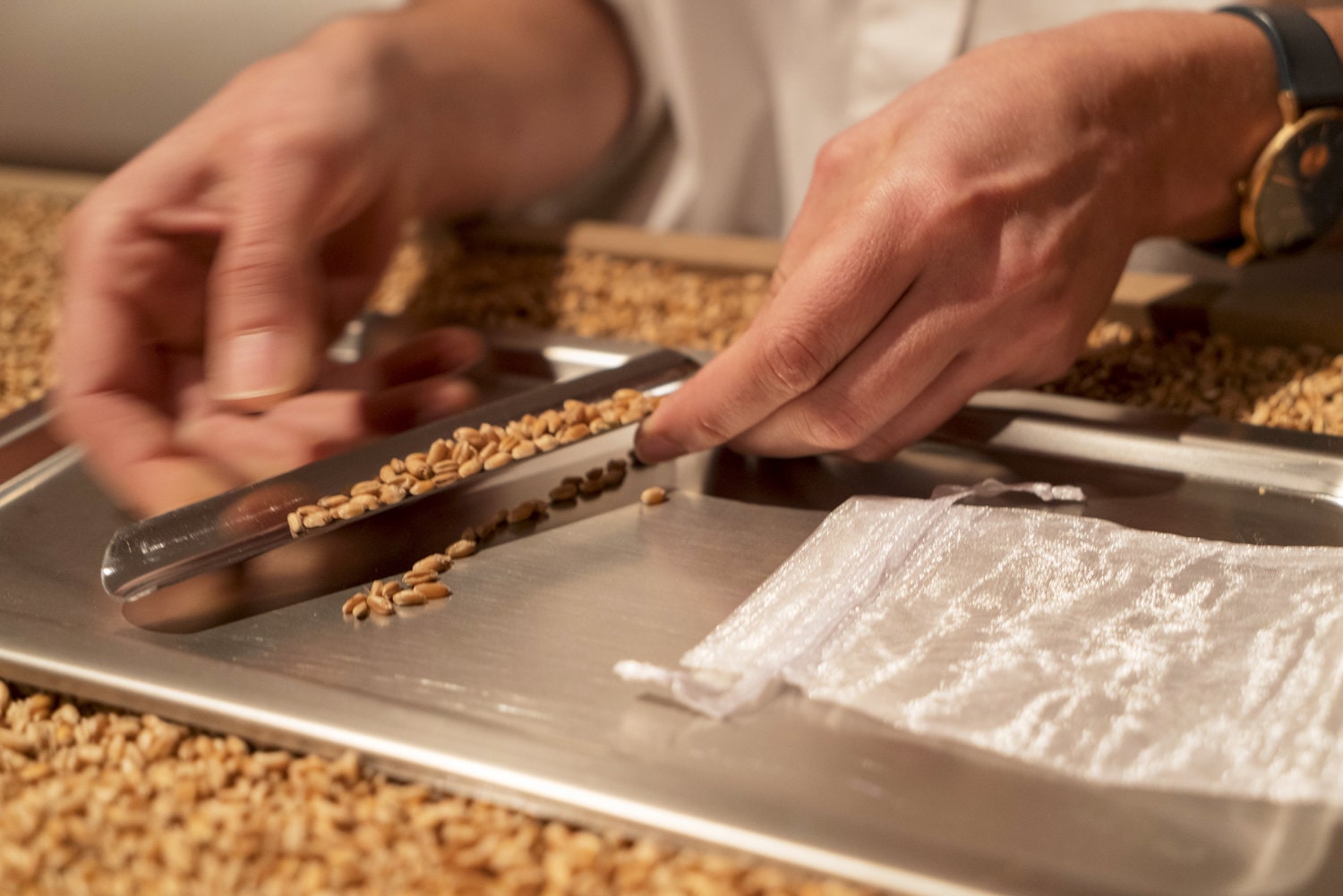 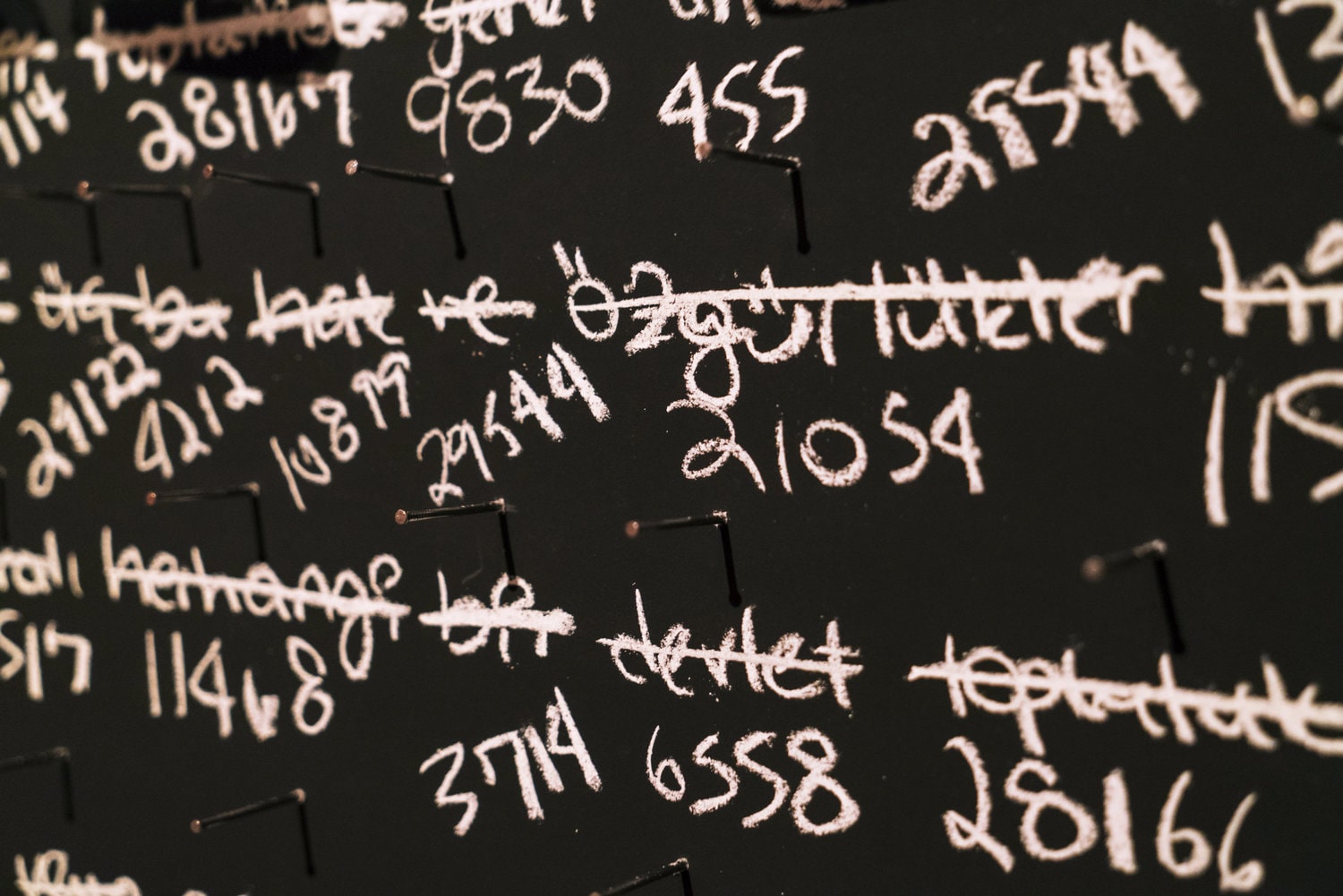