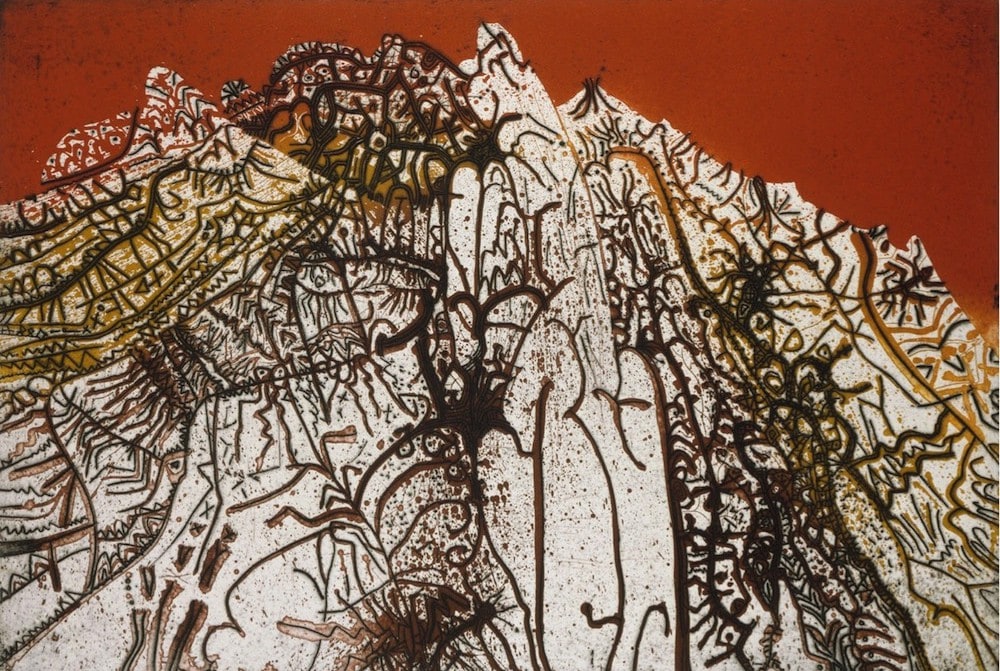 In 1951, Mario Prassinos and his wife Yollande moved to Eygalières in the south of Avignon. The immovable model he encountered every time he stepped out of the house, this self-tattooed hill took Prassinos under his spell. The struggle he experienced as he worked on the hill ink drawings contained both an inner conversation and questioning for Prassinos, culminating in the striking Alpilles series that, at times, attained a calligraphic nature with the artist’s brush dipped in ink. 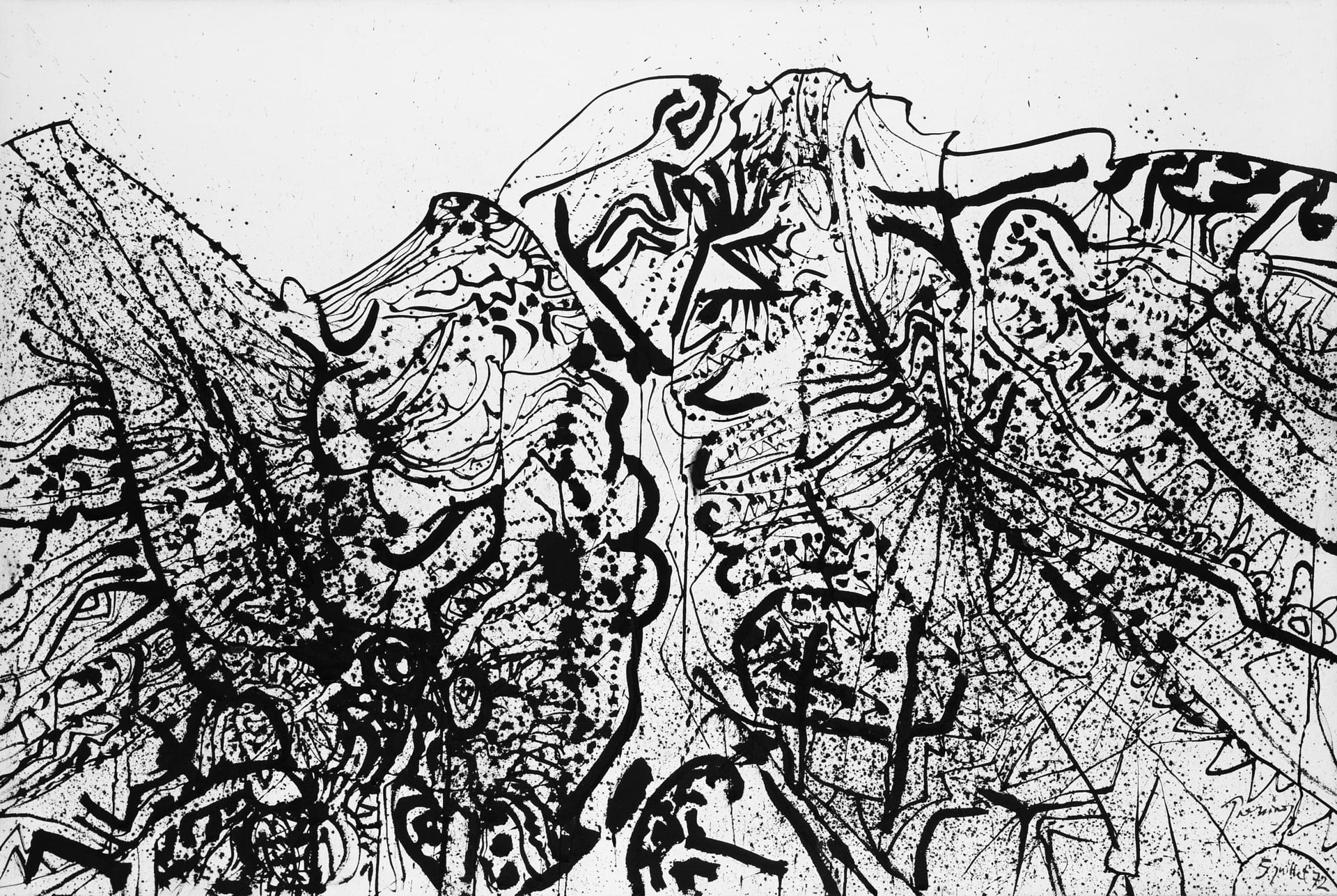 “I made the blind, the deaf, and the mute speak. I covered it with images. Our relationship grew closer with each passing year. Each chaos became a battlefield between its obsessive spectacle and my zeal for giving it life. Each one of its fissures, shrubs that grew over the years, the tears that became imperceptibly deeper were points and runs, ink and paper, and the hill became an immense drawing of mine. Of my own.” (1983)