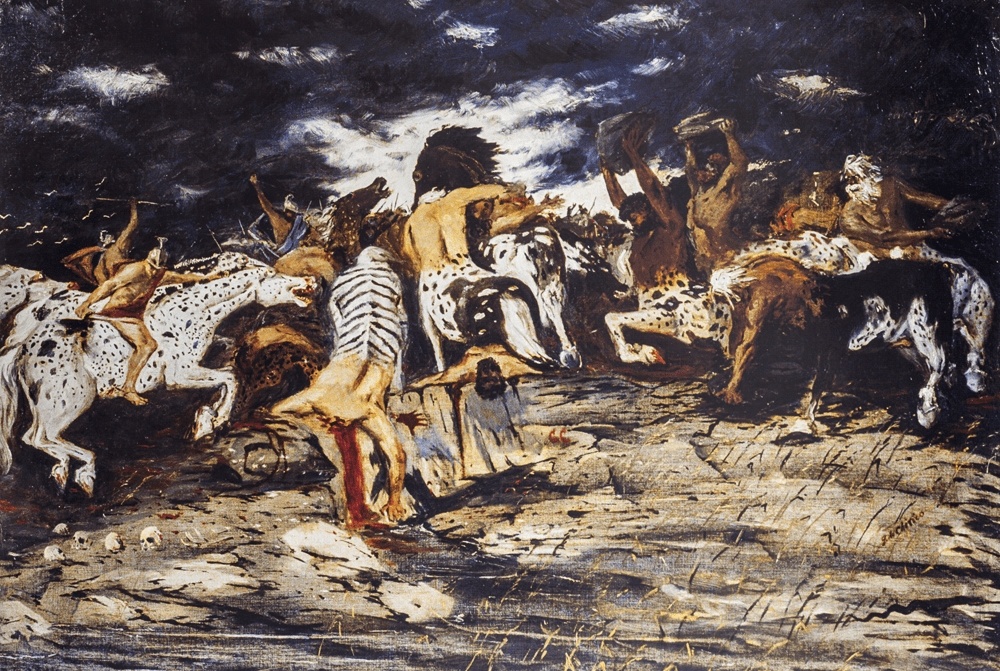 Having undergone several years of formal artistic training –first frequenting Athens’ Ethnikò Metsòbion Polytechneìo (1900-1906) followed by Munich’s prestigious Königlichen Akademie der Bildenden Künste (1906-1909)– de Chirico’s early Böcklinesque paintings mark his debut as a free-thinking artist, liberated from daily institutional constraints. The work of Swiss symbolist painter  Arnold Böcklin (1827-1901), which de Chirico came into close contact with during his time in Munich, proved seminal in this post-academic phase, an artist whom de Chirico championed for executing works of mythological and fantastical subject matter that convey a disquieting sense of surprise, revelation and déjà vu. Inspired by Böcklin’s choice of subject matter and timeless atmosphere (Stimmung), clear parallels can be found in a number of the artists’ work, including the exhibited Battle with the Centaurs (1909. The metaphysical intensity of the work of German symbolist Max Klinger (1857-1920) also inspired de Chirico’s early phase of 1909-1910.