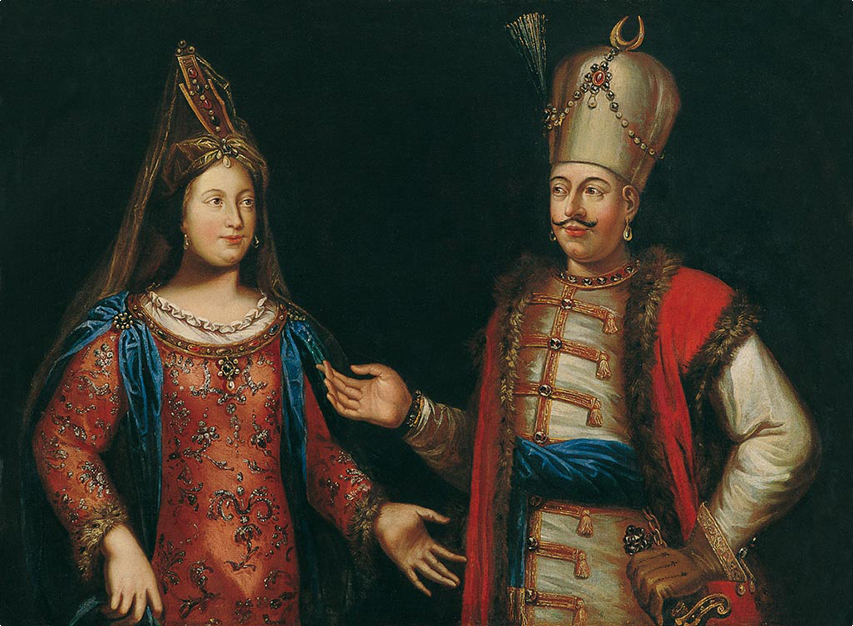 The Ottoman Sultan and his Haseki (favourite wife)

The painting depicts an Ottoman sultan and his haseki in front of a dark background. The two have their hands extended towards each other. The sultan is wearing a red kaftan with fur trimming, over a bejewelled robe with gold embroidery. His head is covered with a bejewelled selimî kavuk, with âlem on the top. The haseki is wearing a red robe with silver embroidery and she has a tall cap decorated with emeralds and rubies, and a hanging veil on the back. The first time this type of tall cap, with the veil hanging from the back, was depicted, was in Jean Jacques Boissard’s album of costumes, dated 1581 and titled Habitus Variorum Orbis Gentium. The use of such caps was still widespread in the 17th century.