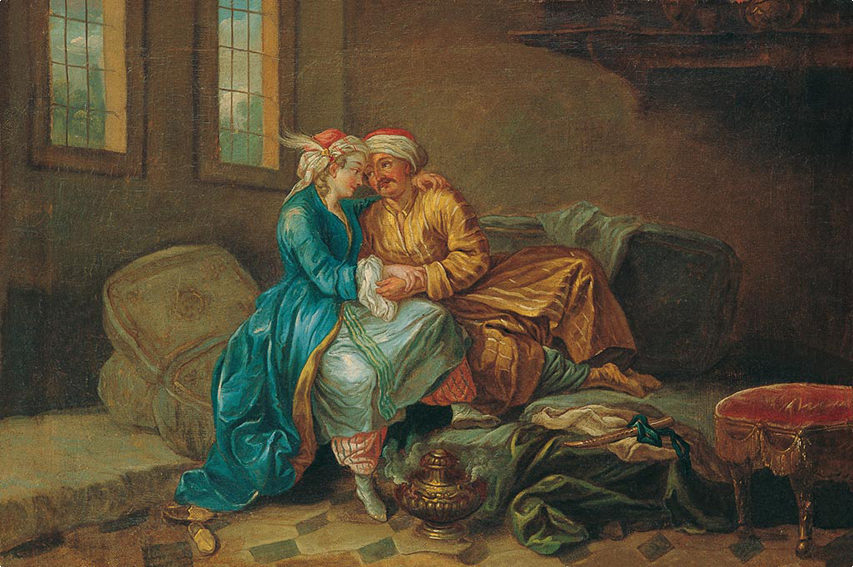 This painting, in which a couple from the Palace have been depicted in a Turkish-style room, is aTurquerie by Jeaurat, one of the painters defined by Boppe as “Turkish painters”. These painters who had never been to the Ottoman Empire produced orientalistic pictures, with figures in Turkish costumes which were correctly rendered. They also included accessories like the rococo style velvet stool typical of European interior decoration. Another painting with a similar composition, by the same artist, is found at the Musée Groesbeeck de Croix in Namur.