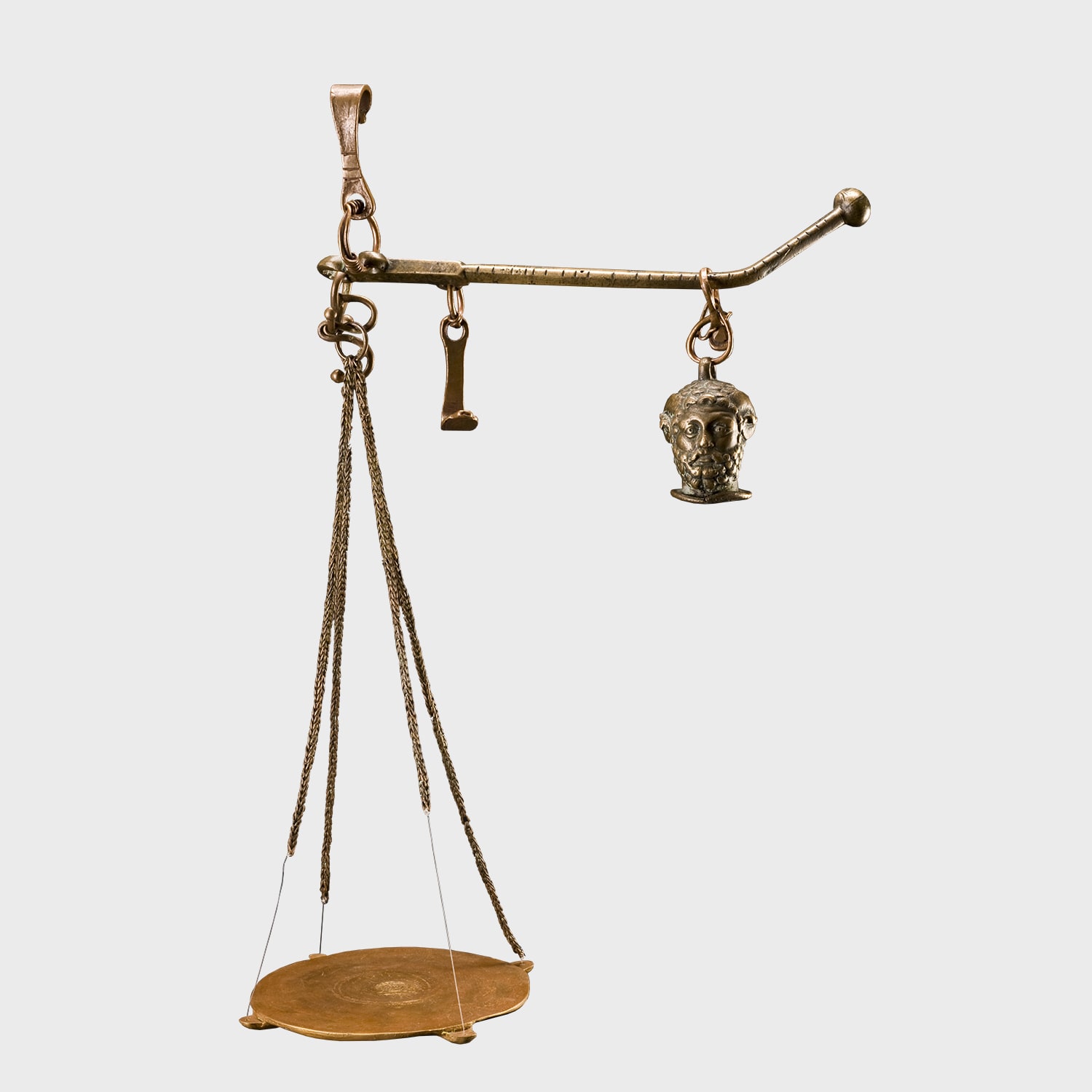 It comprises a balance beam, a steelyard weight in the form of bust and a modern replica of its pan which was added later in accordance with the original pan.

Bronze steelyards were employed popularly in different cultures being an easily portable implement, by merchants and wandering vendors. Steelyard collars of the Roman period were in the form of a sphere, polygonal prism, a bust or figure. They were of various sizes and weights, cast in the lost-wax method. The central core was filled with the requisite amount of lead to give the necessary weight. They were suspended from a ring attached to the crest.

The steelyard weight of the example of single-pan balance is in the form of a bust of Iupiter-Ammon. This particular choice of bust might help us to reveal the historical meaning of the object a little bit further. Depicted with a pair of ram horns, Ammon originally an Aethiopian or Libyan divinity, whose worship subsequently spread all over Egypt, a part of the northern coast of Africa, and many parts of Greece. Although the Egyptian name of the god was either Amun or Ammun, the Ancient Greeks associated him with Zeus and called him Zeus-Ammon. The Romans, however, called him Iupiter-Ammon.

There are several other traditions, with various modifications arising from the time and place of their origin; but all agree on one point: The ram is the guide of the wandering herds or herdsmen. Ammon, therefore, who is identical with the ram, is the guide and protector of man. He stands in the same relation to mankind as the common ram to his flock. It is not a coincidence that a steelyard was shaped as Iupiter-Ammon, but for a reason to remind people that he is the guardian of the man and of all his possessions.