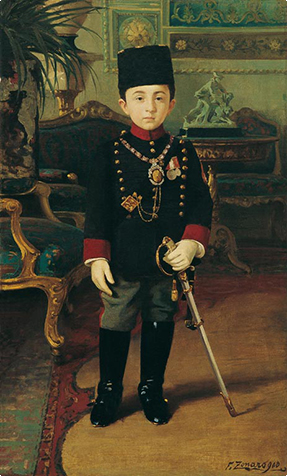 Zonaro, who had been appointed Court Painter in 1896, received an order through Emin Bey, court chamberlain, to paint a portrait of Prince Abdürrahim Efendi, son of Sultan Abdülhamid II. In his diary, Zonaro noted the fact that doing this portrait of the prince, who at the time was just seven years old, had bored him and proved to be a difficult task. Of the two portraits, which were finally completed after great efforts, one was sent to Sultan Abdülhamid, while the other was sent to the Harem.