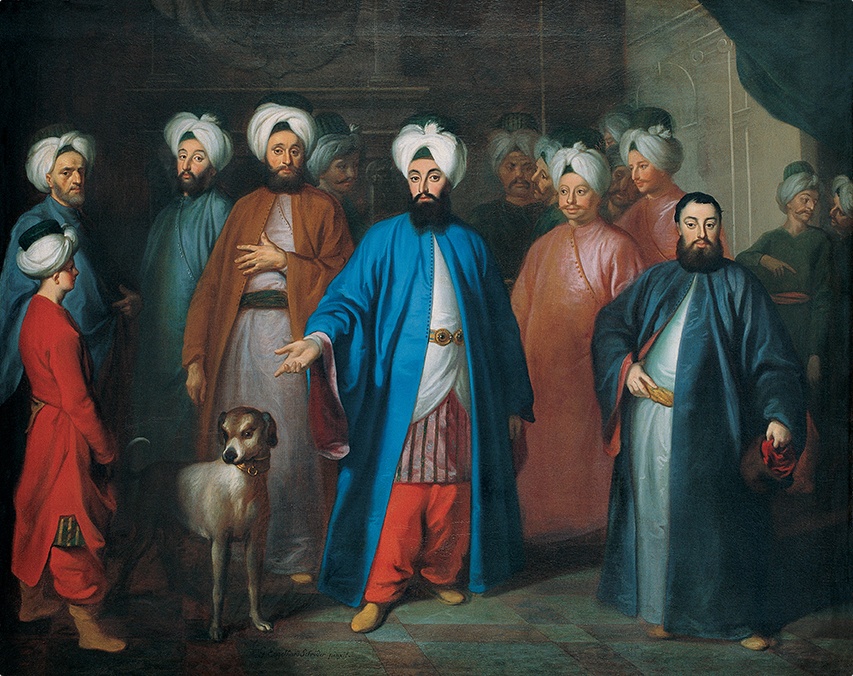 Mehmed Said Efendi and his Retinue

Mehmet Said Efendi, who in this picture has been depicted together with his retinue of fourteen people, was sent to Sweden as ambassador four years after Kozbekçi Mustafa Ağa, with mission of collecting the debt of Charles XII to the Ottoman state. Mehmet Said Efendi is visible in the centre of the composition. From his Sefaretname (diary of his ambassadorship) we learn that he was received by the king with majestic ceremonies but that he had to return without having been able to collect the debt. The matter was solved when Sweden promised to support the Ottomans in their war with the Russians and the Swedes gave a warship as payment for the debt.